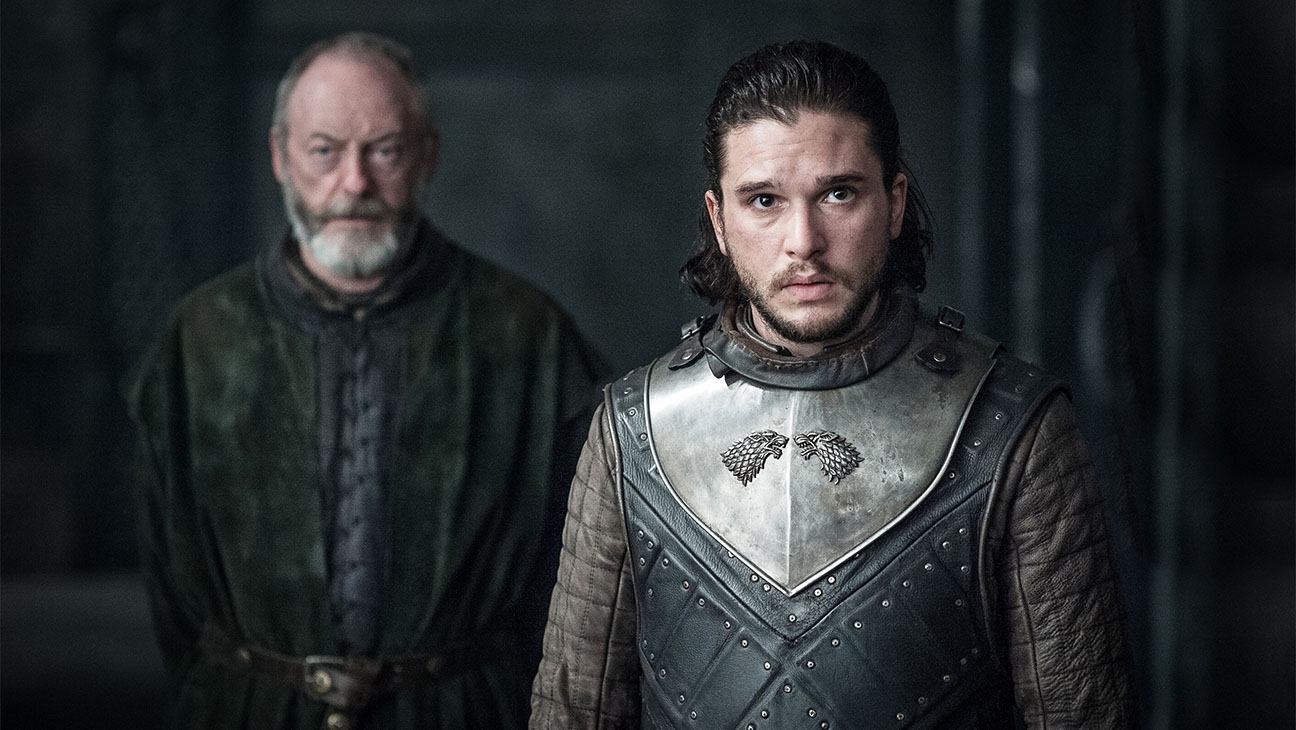 This week’s episode of Game of Thrones was all about new friends and new places. Well when I say new friends, I mean that characters met for the first time and didn’t get along. When I say new places, I mean we saw two ancient castles for the first time and they were promptly taken by enemies leaving the defenders dead. But that’s Game of Thrones. Also, Ice finally met fire this week, but where was the song? No one sang anything. How disappointing. Where was Ed Sheeran when we needed him? Here’s our recap of “The Queen’s Justice.”

Let’s begin with some of the lesser developments. But this is season 7! Even the small moments are pretty significant. Up at Winterfell, Sansa is leading in Jon’s absence. We see that she’s doing a pretty good job. Get more grain! Put leather on that armor! Follow me around and whisper sweet creepiness in my ear! She didn’t command that last one, but that’s what Little Finger continues to do. Sansa is called to the front gate. There she finds Meera and Bran. Two more Starks are reunited. But Bran is very different now. In the Godswood, Bran explains to Sansa that he is now the Three Eyed Raven. Sansa seems to believe him, but is confused by what that means. Bran then recounts some details of Sansa’s wedding to Ramsay with his raven skills. He implies some bad stuff happened to her in the castle. But beyond that, he says that it was snowing on Sansa’s wedding night and she was wearing a white dress. Those are obvious wedding details if you ask me. He should have been more specific. You ate the pork sausage for dinner. Pork always makes you gassy. How did you know? You are the Three-Eyed Raven!

In Oldtown, Sam still can’t get any respect. He has now cured Jorah of his significant greyscale. As Archmaester Ebrose examines him, he seems impressed by the sudden change. Jorah tells Sam he is off to rejoin Daenerys, which is good. She could use some positive news at the moment. Ebrose calls Sam to his office. He knows that Sam secretly treated Jorah. He is the Archmaester after all. He ain’t no dummy. But Sam isn’t in trouble. He is lauded momentarily for his good work, but then given a stack of books and scrolls to copy. Bummer.

After the big naval battle, Theon is still floating in the ocean minding his own business. He is fished out by a ship of Iron Born. Luckily, they are on his side. He tells them Euron took Yara and he tried to save her. They don’t believe him. If he had tried, he would be dead. Well they’re not wrong, Theon.

In King’s Landing, Euron received a hero’s welcome while parading his prisoners through the streets. To big fanfare, he presents Ellaria and Tyene Sand to Cersei as a gift. He then offers his hand in marriage again. Cersei says she’ll marry him after the war. Yeah, right. Euron and Jamie jaw again. They obviously aren’t fans of each other. Euron keeps Yara and leaves the Sands to Cersei. She has something very specific planned for them. After taunting them in the dungeon for a bit, Cersei kisses Tyene. She has the same poison on her lips that Ellaria used to kill Myrcella a few seasons ago. Ellaria is going to stay chained up and watch her daughter’s slow death. It’s a bit less gory for the audience, but I really thought we were going to see the Mountain crush some skulls. Instead he just stood there looking like a purple Frankenstein.

Now the short scene where Cersei meets with the representative from the Iron Bank, Tycho Nestoris, might seem like a throwaway. But it’s actually quite important. For years, it’s looked like the Lannisters could, ironically, be done in by their debts rather than any armies. But Cersei doesn’t seem concerned now that those debts have been called in. We find out her plan later on.

But first, let’s get to the bulk of this episode. Jon and Davos arrive at Dragonstone to negotiate with Daenerys. It becomes clear that both sides aren’t interested in helping the other’s plight. But we can’t get to specifics before pointing out more characters are forced to climb that ridiculous set of stairs outside the castle. Apparently Daenerys only wants to meet people with good cardio. Jon and Davos are awed when the dragons fly over. When the meeting doesn’t go well, Jon is told to stay at Dragonstone as a guest/prisoner. Elsewhere on the island, Melisandre tells Varys she will be leaving for Volantis. He’s all for that. But she says she will return at some point to die in Westeros. She tells Varys that he will too. Seeing as Varys lives in Westeros, is that really a shocking prediction? These people need to up their psychic game. First Bran now old Meli. For the record, no one calls her that.

After hearing about the Greyjoy/Sand defeat, Tyrion walks out on the cliffs of Dragonstone to think. But Jon Sulk, I mean Jon Snow, is already there. Away from Daenerys they speak more honestly. Tyrion says he believes Jon about the White Walkers because he knows him. Daenerys just met him. Plus, she has her own war preoccupying her. Tyrion says he does want to help though. That’s where the dragon glass comes in. Tyrion convinces Dany to let Jon mine it seeing as she didn’t even know it was there. Then they would win an ally out of this meeting. She’s running short on those at the moment.

The first of the new castles we see this week is Casterly Rock, the seat of the Lannisters in the West. Tyrion devises a strong plan to sneak the Unsullied through the sewers and take the castle. It works perfectly. A little too perfectly in fact. A huge amount of the Lannister army is missing. While Grey Worm speaks about this from the ramparts, that giant fly buzzing around Westeros, Euron Greyjoy arrives and destroys the fleet that carried the Unsullied. So the Unsullied are trapped in Casterly Rock with no escape and no provisions. Maybe they can negotiate. Grey Worm, Greyjoy. They could be related! They’re not. That’s not how names work.

The episode ends at our other new castle, Highgarden in the Reach. Jamie marches the Lannisters along with Randyll and the Tarly army to the barely defended seat of House Tyrell. They win so easily that we don’t even get to see a battle. Jamie reveals that he used the same tactic Robb Stark defeated him with years earlier. Sacrifice part of your army and take the rest where the enemy doesn’t expect you. This victory is worth much more than Casterly Rock in a literal sense. The Tyrells are the richest family in the seven kingdoms with the Lannister gold running dry. Winning the castle also means winning their wealth. So they can appease the Iron Bank for a little while.

The always entertaining, endlessly witty, Lady Olenna Tyrell is presented with one final scene. Jamie believes he is granting the defeated Queen of Thorns a mercy by allowing her to drink a painless poison and face death rather than be tortured by Cersei. But Olenna gets the last laugh. She downs the poison in one chug before saying she would hate to die like Joffrey did after he was poisoned. Even though we’ve known for a while, most characters still assume Tyrion killed the boy king. But Olenna comes clean telling Jamie she was the one who killed his son. “Tell Cersei. I want her to know it was me.” I half expected sunglasses to drop from the ceiling onto Olenna’s face at that moment because that was a gangster way to go out.

It was another epic episode in this monster season of Game of Thrones. But man, am I getting tired of Cersei and Euron victories. Maybe they need to meet the dragons? I would say the season is heating up, but it’s already on fire.