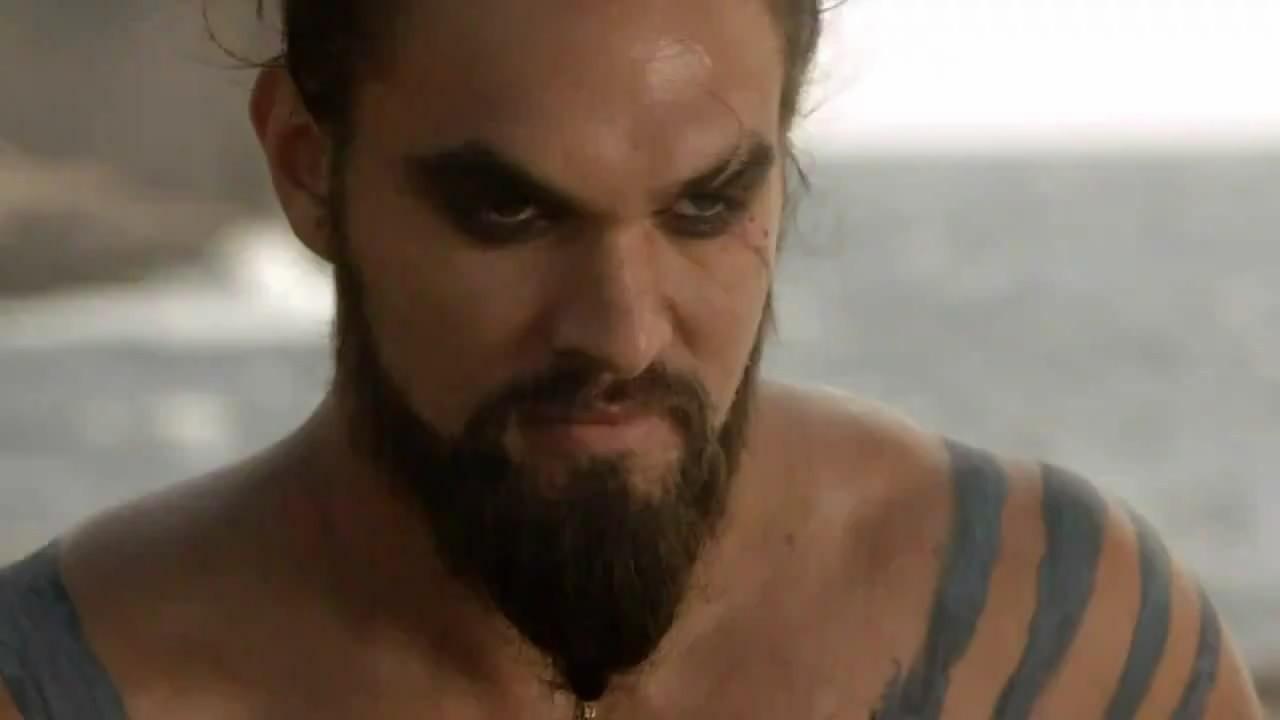 What do your Dothraki partners mean when they ask you to go watch the athdrivar shekhi with them? Is it an execution? A belly dance performance? The glorious hair of Daenerys Targaryen? WHAT?! Well, come October you will no longer have to face such frustrating communication gaps. David J. Peterson, the official linguist behind HBO’s adaptation of the Game of Throne (GoT) series, is releasing his official guidebook on the language of the GoT horse-warriors. Soon, flipping through its pages, (regardless of how impossible the above scenario might be) you can say “Oh, why not, I’d love to join you!” to your Dothraki friends. Because, by then you’ll know that although athdrivar might mean ‘death,’ athdrivar shekhi simply refers to a (stunningly beautiful?) ‘sunset’ that you can enjoy with the “moon of [your] life.”

As you might have gathered from the strategically placed picture above, the upcoming guidebook is titled ‘Living Language Dothraki‘ and will serve as a conversational course on the language of the fictional horse warrior characters of GoT. The characters as well as the language was created by the original author of the highly regarded Game of Thrones books, George R. R. Martin, but the guidebook itself is being penned by Peterson, who expanded the Dothraki vocabulary for its TV series. This news is, however, not meant to be a cause for disappointment. Peterson is fluent in five real-world languages, is the developer of several other imaginary (for the lack of a better word) languages, and is doing all GoT fans a huge favor by (a) letting Martin work on more deliciously unputdownable sequels for his books, and (b) giving out phrasal ammunition to fight against the Klingon speaking fandom/ Elvish linguist community. You can evil call insufferable muggles names like ‘dirty little pig’ and they will have no idea what you said!

But hold on, friends, there’s more! The mere (forthcoming) existence of Living Language Dothraki: a Conversational Language Course Based on the Hit Original HBO Series Game of Thrones is not the only reason I predict it to become the Holy Grail for hardcore GoT fans. This collaborative project, a production brought to you by HBO Global Licensing and The Living Language, will feature a dictionary, online course, as well as a mobile companion app to serve as your handiest guide to learning the Dothraki language. The whole pack comes with the promise of including new Dothraki words and phrases that have been coined specifically for this conversational language course and since Peterson has promised his readers a volley of detailed cultural notes to go alongside them as well, this will hopefully shed some light on why the so-called “language of the misogynist” ended up the way it is. Now with it being such a good deal, can you even help but hope that it comes with some magical potion? Preferably one that will make you look and sound like Khal Drogo or Daenerys? Yeah, me neither.

Jokes aside, though, the guidebook is scheduled to go on sale on October 7, 2014 and altogether (with the book/ audio CD combo, online course, and cell phone app) will cost you around $55 (that would be $19.99, $30, and $3.99 respectively, unless my math is wrong.) If you’re itching to spend some hard-earned money on this already, it would be my duty to let you know that the entire course is now up for pre-ordering over here. And last, for those of you who can’t wait to add this rare and impressive skill to your résumés , you can start prepping with this frequently updated Dothraki dictionary from the (unofficial) ‘Tongues of Ice and Fire‘ website. Gwe!