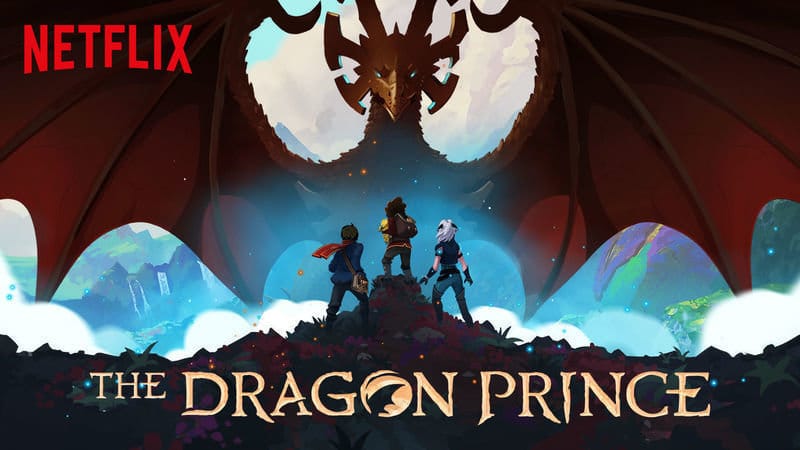 Since this is the first “For the Horde” review, I need to introduce myself. I’m mommy, geek and writer, in that order. I recently watched several series that were marketed to children, only to find they were laced with sexual innuendo and things, I’d rather my horde not see at their ages. The other things I’ve run into is the perpetual dumbing down of things that are beyond simple ideas and enter into the realm of annoying and I can’t stand to watch them as a parent. I don’t wish to tell anyone how to raise their Dragonlets, Padawans, or Wizardlings. These are just some mental notes I’ve made as a parent and some opinions on whether or not we’ve enjoyed these series, movies, or books. Now for the review…

‘The Dragon Prince’ on Netflix

The Horde’s Synopsis:  When the Dragon King’s egg is stolen by humans to be used in dark magic, the Kingdoms of Xadia erupt into war. In the dead of night, the Moon Elves send their best assassins to end the human King Harrow’s line and take revenge for the disappearance of the dragon’s eggs. Rayla, the youngest and brightest of the Moon Elves, finds all is not what it seems. The dragon egg is alive and the young princes, Ezran and Callum, have it. Rayla, Ezran, and Callum set up a tentative alliance and set off to return the dragon’s egg and bring peace to their lands, while thwarting the dastardly plans of Lord Viren.

The Horde’s Reaction: From the very first episode, my seven-year-old stepdaughter loved the story and animation. She begged to watch the entire series. For once, I could comply. I was enjoying it too. 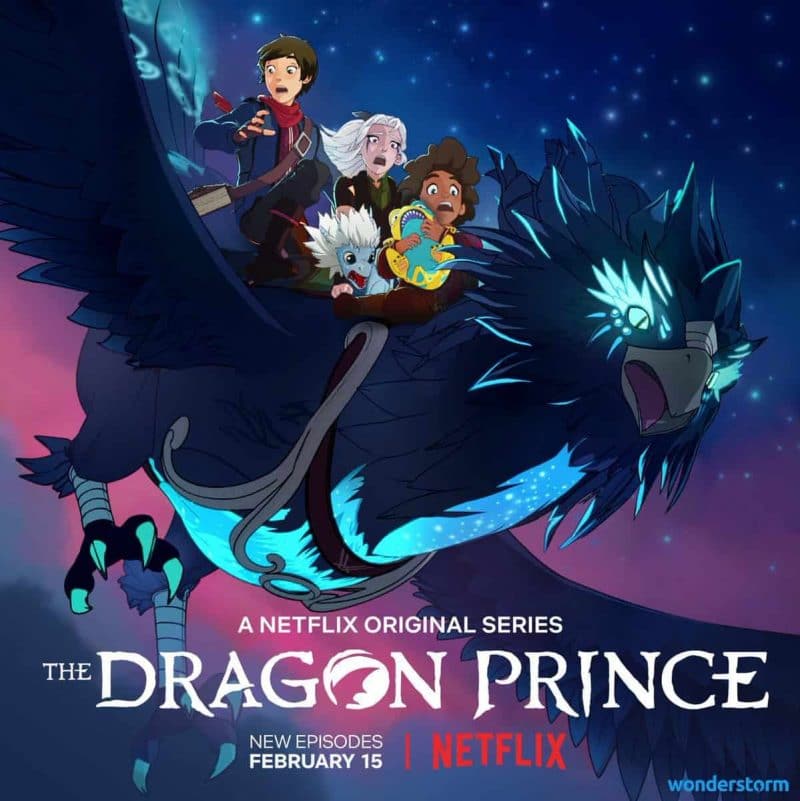 I have to address the wonders of the story building and excellent characters first. There is someone for everyone to relate to in this series. The King’s biological son, Ezran, is multiracial, he has a multiracial half-brother, Callum, who presents as a different race. This touches my heart as a multiracial race mom. I find it hard to find characters that speak to me on that level. I want my son to be able to see people who look like him and are different from him on the screen. Then, the Elves represented by the untried, young assassin, Rayla, have faced the injustices of a minority as well as the justices of the elite. It is a strange and unique combination that bodes well within the story. There are even those with different abilities. One of the most prolific warriors in the series is the prince’s aunt Amaya, a deaf woman, who uses sign language to communicate. On a side note, she’s my personal favorite. In D&D, I always play the female heavy weapons fighter, similar to her way of being. She is tough and can fight armies, but when it comes to her family, she is all tenderness and maternal love. Finally, there is a story-line told in flashbacks about the neighboring kingdom’s lesbian Queens. They are an amazing and beautiful couple, who love and respect each other, while raising the current Queen. I love how there are literally characters for everyone to relate to.

Minor Spoilers for Parental Thoughts Ahead

As for the story, it is simple and light-hearted enough for children, but contains enough action and complex ideas that I could watch it without them and still love the series. Bait, the Dragon Prince, and the antics of the young protagonists add levity and joy to an arduous journey. There are some monsters, black magic, and some intense minor violence. I am not sure what the rating is, but for overly sensitive children it may be scary.

For the monsters, in the latter episodes of season one, our protagonists Ezran, Callum, and Rayla are led into the midst to find a mysterious healer. The monsters are a giant spider and a humongous leech that are quite the spectacle to look at. They are not terrifying, but my stepdaughter let out an audible gasp when we first saw them.

Black Magic: Most of the black magic involves the death of innocent animals. It is inferred by bug crushing or apologies to a deer, then a cut scene. There are only two particularly disturbing scenes that take place over a period of episodes in season two. In the first scenes, Claudia, Viren’s daughter, heals her brother, Soren. While it’s not disturbing in the traditional sense of imagery, there are implications that Claudia, who straddled the line of light and dark, gives herself completely to the dark. Her intentions were pure, but dark is dark and in the lands of magic that is corruption. I am not sure that children will get that, but my stepdaughter did notice and mentioned how what Claudia was doing was “bad.” The second is more disturbing for the imagery. Viren casts a spell to see about the abilities of a mirror. There’s a flash of light and some blood magic. The fight scenes that follow are more intense as Viren becomes more evil. My stepdaughter just ignored what happened and closed her eyes. She didn’t say much, but she wasn’t interested in seeing that scene.

All in all, I would recommend this for older children (8+). The Dragon Prince is funny and sweet, shows friendship, and teaches some lessons along the way. It also creates some great talking points, as well as fostering a love of fantasy.

Elizabeth Delana Rosa has always been a writer. When she first learned to write in Kindergarten, she wrote about pigs who “groo” wings and became “butterfys.” Elizabeth knew way back then that she would have a love affair with writing. It overtook her life and has been a constant companion. Now over 30 years later, that love flows over into writing blogs, reviews, poetry and fantasy novels. Lastly Elizabeth is a big nerd. She loves Fantasy, YA, Paranormal Romance, and Sci-Fi books, TV Shows and movies. She lives with her husband, a nutty Aussidor and her children in a small suburb of Raleigh.