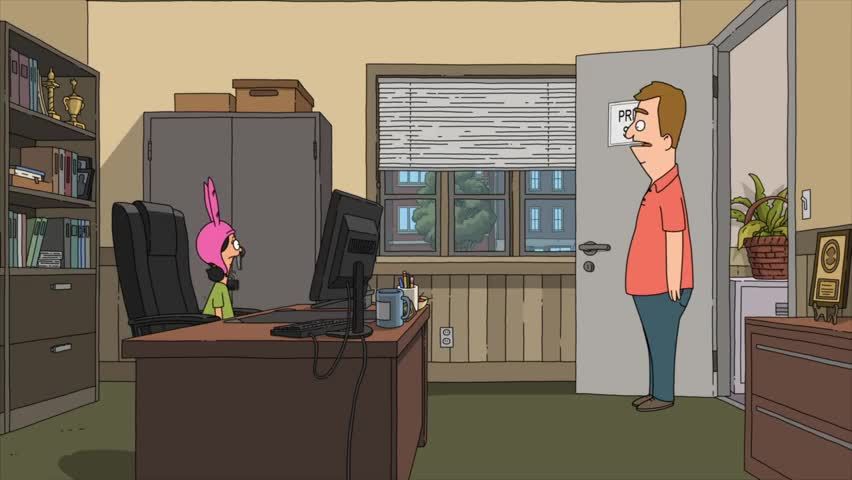 Bob Belcher isn’t a complicated guy. Or a very talented one. He’s not good at building or fixing things, he’s not very athletic, and he’s not even that great at running a business. It’s true that he’s the smartest guy in the room most of the time, but that’s just because everyone else in town (aside from his children, maybe) is so stupid that the bar’s set pretty low.

In other words, there’s not a lot Bob could realistically do to earn a living. As he puts it, “Flipping burgers is literally the only thing I’m good at.” Which is kind of sad. But it’s usually okay because he actually cooks a pretty mean burger. He’s creative, and his food generally gets good reviews from the few people who eat it. And, more importantly, he’s doing what he’s always wanted to do, so the fact that he can’t really do anything else doesn’t matter.

Until it does. What happens when you suddenly can’t do the one thing you’ve always been able to, especially when its something as simple as flipping a burger? Or throwing a baseball back to the pitcher? Or making a relatively simple golf shot?

Most of us have come down with a case of “the yips” at some point in our lives. It happens when we get in our own heads and overthink simple movements or tasks that we may have done without thinking for years. You don’t have to be a professional athlete, or even a professional burger chef, to experience them. But if you don’t figure out a way to deal with them, you could end up having to give up something that you love (or that you’re at least pretty good at).

What finally works for Bob (thanks to Teddy and Linda) is to take a page from one of the most iconic baseball movies of all time (even if no one can get the name right) and distract himself by putting on a pair of Jimmy Pesto’s underwear. Extreme? Yes. Gross? Yeah, kind of (especially since they’re not exactly clean). But it provides just enough of a mental diversion to get Bob out of his head and able to flip a burger without demolishing it. And it’s fitting (no pun intended) that Bob finally gets one over on his arch rival–even if Jimmy never figures it out.

Meanwhile, the Belcher with the most potential for greatness (Louise) is getting a taste of power as principal for a day at Wagstaff Middle School. Of course, she turns what’s supposed to be a ceremonial position with no real authority into a temporary coup, using the actual principal’s letterhead to extend recess, force teachers to use Italian accents, and make gum chewing an actual class. And the Cabinet of Confiscation is a pretty big deal as well.

But, as much as she tries to hide it, Louise does have a heart. And she shows it by giving up a chance at a huge contraband treasure score to help the last person you’d think she’d ever want to help—Mr. Frond. For all of their complaining, the Wagstaff kids know that Mr. Frond really does care about them, and he tries his best to help them with their problems (even though it doesn’t always work). It just wouldn’t be right for him to be replaced by Principal Spoors’ unqualified brother-in-law, so Louise does what she knows she has to do for now. There will be other cabinets full of forbidden toys. And other schools to take over.