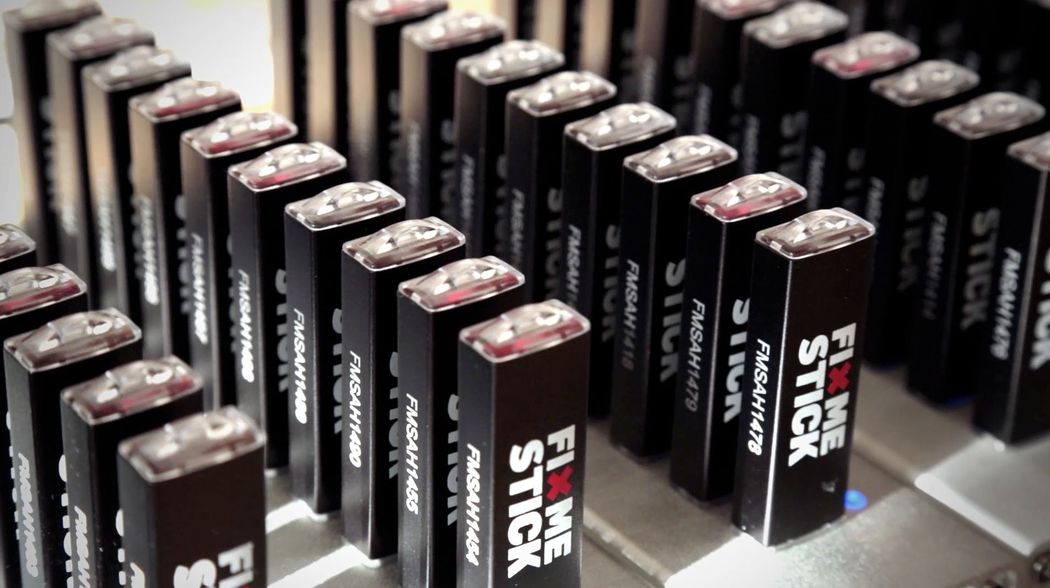 An apple a day keeps the doctor away, or so goes the old adage, but what singular item can help when your Apple computer is the thing needing a doctor? If you like your electronic upkeep simple, easy, and automated, then the answer might be the FixMeStick for Mac, a bootable flash drive containing a utility for cleaning out viruses and pieces of malware from an iMac or Macbook without any meaningful interaction from the user. Now looking for backing through Kickstarter, it could make for a mutually-beneficial gift from a tech-savvy individual to a demanding family member. How does it work? What’s the deal? What’s a Mac? Where do computers come from? The answers to some or all of these questions await you below, friend.

If you’re reading this—and I’ll assume you are—then you likely have a decent understanding of Windows machines, and very plausibly of Macs as well. When you get so comfortable with such systems, it can be quite easy to forget how completely ignorant some people are about how they work, at least until a cousin or neighbor calls you to decry their sudden inability to find their mouse cursor or turn on their printer.

I’ve never really minded being called upon to resolve a tech-related issue problem, but then I’m a shut-in with the social activity of a corpse. Those with busy schedules and myriad hobbies have better things to do with their evenings than toil at unpaid and unappreciated labor. Furthermore, requests can come from acquaintances scattered across the globe, requiring remote access (too complicated for most), careful instruction (too onerous a task and hugely impractical), or referrals to technical support places. The first two could easily become frustrating, while the last comes across as only marginally better than ignoring people entirely.

It’s just when things seem darkest—the night cold and full of terror, and spiders—that the FixMeStick pops up, waving its tiny metaphorical hand and attempting to give you a sly wink. Here’s the deal, it seems to say: buy me for your weakly-literate nephew, have him plug me in, follow some really basic steps, and I’ll get things working again without needing you to lift a finger, although you’ll want to raise at least one entire hand in a fist-shaped celebratory gesture when you realise you’ve finally found a compelling excuse for ignoring any subsequent pleas for assistance.

The software involved consists of a basic Linux core with an antiviral blend for the cleaning. This accomplishes three things: it makes the process very straightforward, takes control away from users who would be more likely to cause harm than good if they tried to interfere, and circumvents attempts from particularly nasty infections to protect themselves by latching on to main operating system functions.

Top-end infection removal software tends to carry an ongoing cost, and the FixMeStick is no different. They are aiming for the price point of $60 for the regular model, with $20 for each additional year, though if you back now you can get one for as little as $45. The renewal goes towards the upkeep of making sure the database and removal methods are up to date. Just as the updates are carried out through a Mac’s internet connection, users will be prompted to pay when they try to use the FixMeStick after their license has expired. While each regular stick can only be used with 3 unique Macs per month, there is a more expensive Pro version with no such restrictions, so that might work out cheaper for small businesses.

I’ve seen plenty of people pay exorbitant amounts for antivirus suites they don’t actually know how to use, so it doesn’t seem like a bad deal to me. I also don’t see the Mac limit on the standard version is not especially significant, especially as such machines tend to be very expensive purchases. If someone is fine with paying somewhat more to get a machine with a smoother experience than they might get from a Windows machine, they’d likely understand the price of this kind of convenience, especially considering that it works out cheaper than a typical tech support subscription by some margin.

Have a read through the Kickstarter page and draw your own conclusions, then see if you can put a price on getting your doddering Aunt Veronica off your back for good. If it doesn’t work for you, you can return it for a full refund, so it might be worth a shot even if the Mac you want to use it with is somewhat elderly. If you’re not sure now, don’t be surprised if you’re regretting your stubbornness the next time you’re knee-deep in offloaded malware problems.