On February 4th The Sims crew celebrated the franchise’s fourteenth birthday with Twitter parties, physical parties, and a free copy of the Town Life stuff pack (expires Feb. 10). With over a decade worth of llama jokes and plumbobs, The Sims has developed quite a following. The game is sold across the globe for personal computers, gaming consoles, and even now for smart phones. 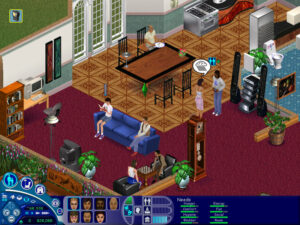 In our first Sims adventures the characters were a little stiff in the body, but already had loads of personality. From the very beginning, inside jokes and silliness have been a staple in the series. Looking back at the original game brings about loads of nostalgia with the vintage graphics and tell-tale music. So much of the The Sims has transitioned into The Sims 2 and 3, the chessboards and bookcases for example. We even visit with The Goth family throughout the series, I mean, where is Bella? 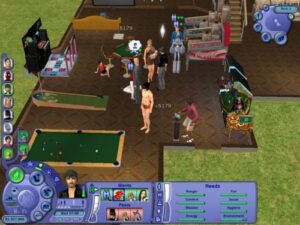 The largest jump in change has been from the first game to the second. Wants, fears, and in depth personality traits were added to take the franchise to the next level. The graphics greatly improved to the point where some fans actually prefer The Sims 2 to the 3rd installment. In this generation, more and more expansion packs were introduced, that then later were adapted for The Sims 3. 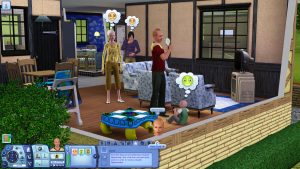 In The Sims 3 we are introduced to the idea of creating a legacy for your Sim. Sims age from infant to elder, and when The Grim Reaper comes to take them away, the next generation is left to carry on. The progression of life is not unlike that of reality.

We are also given hundreds of in-game customization options and other cool stuff that we had have have never had before. Like footwear independent from the pants your Sims is wearing.

Fans have been playing in this  current Sims-state for 5 years. In this time the world of custom content has skyrocketed in both quality and quantity. There are hundreds of websites dedicated to the creation and download of player content, which is created a whole new customization aspect to the game. This is one of the more sullen changes players must adjust to when the next installment is released. Lots of hard work goes into the design and use of custom content, and new pieces will have to be created. Many fans put off purchasing the newer game until more content and expansions have been released.

We may not know much, but I think we can expect some big gameplay adjustments with The Sims 4. The Sim gurus promise that players will be able to control the mind body, and heart of our Sims to bring their stories to life. In Create-A-Sim gamers will be able to customize everything from how each Sim treats their relationships to their stature and walk style. The Sims themselves look a bit more stylized and cartoon than in the previous game, which has brought up a handful of different opinions. 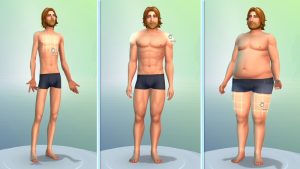 In the gameplay demonstration we learn that our Sims’ moods will actually be affected by their surroundings. Whether it’s the other Sims in the room or the paintings hanging on the walls, realism takes a front seat in the franchise with this next game in the series. These emotions are sure to be one of the biggest and most interesting changes in the game. 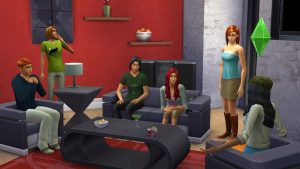 Another improvement to the franchise will be this cool new gadget in the home building process. If you’re not quite happy with the layout you’ve set up for your Sims’ home, you can simply select an entire room to lift and stick wherever you’d like. For the players who take pride in their in-game building skills, this will make the process much easier and less time consuming.

Thought we don’t yet know the release date for the 4th installment in The Sims franchise, the latest news is to expect the game in 2014. Speculation has arisen that the release will occur in the Fall season.