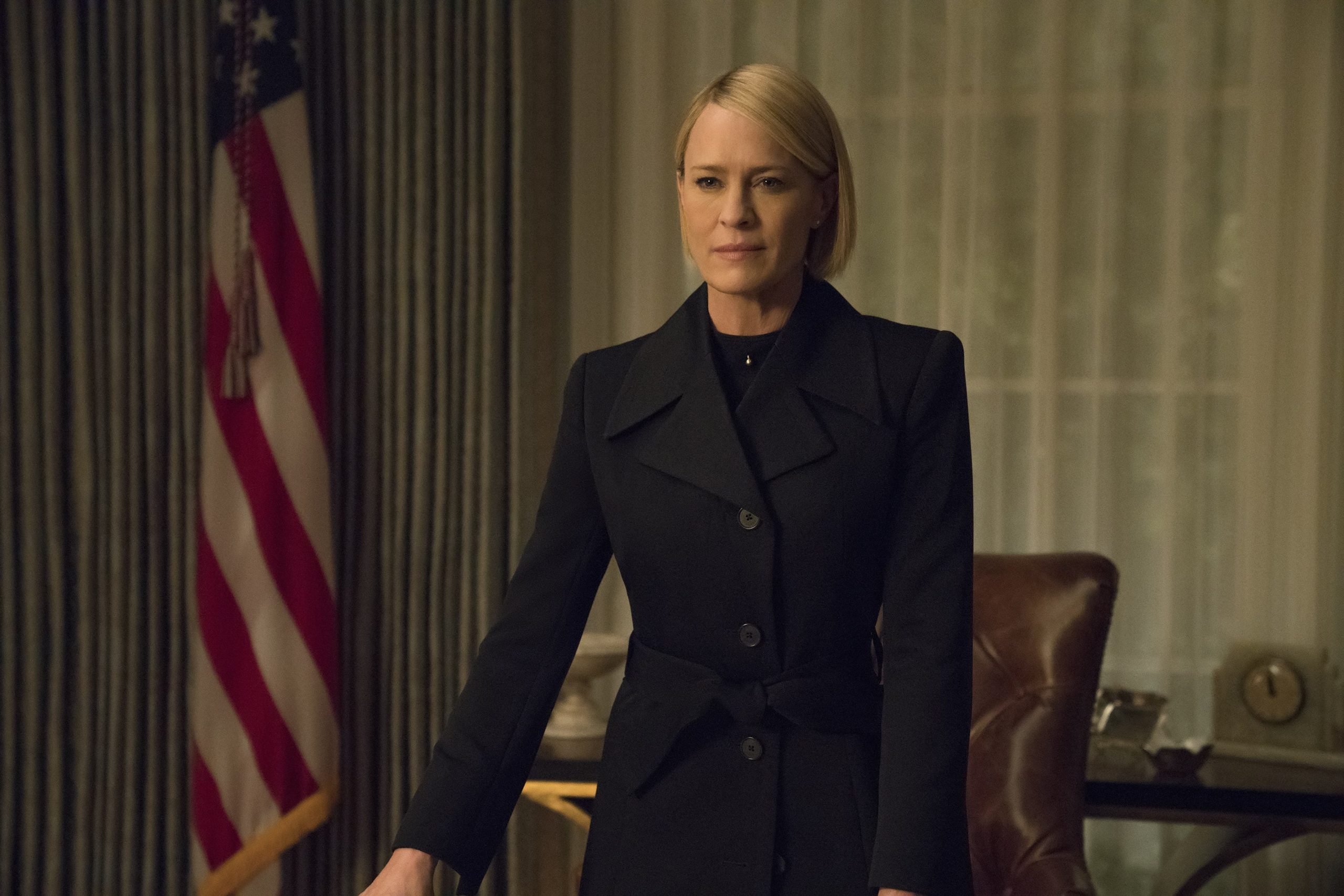 WARNING: the following contains significant spoilers for the sixth season of House of Cards.

Those of us who have been watching House of Cards from the beginning weren’t really sure what to expect from the show’s final season. Of course, we knew there’d be no Frank Underwood due to Kevin Spacey’s well-publicized sex scandals that forced Netflix to end their relationship with him. But we were confident that the writers would do the best they could with what they had to work with.

But could they have done better? In no particular order, here are five things that kept the final season of HoC from giving the Underwood saga the ending that it truly deserved.

1. Keeping Frank Underwood at the Heart of the Story

When the writers learned that Spacey wouldn’t be available for the final season, they had a choice to make: would they try to stick to an overall plan that was probably years in the making and just make a few necessary substitutions, or would they essentially ignore Frank Underwood and chart a new course for Claire and her supporting cast?

Apparently, they chose the former—so much so that, even though he’s technically dead, the ghost of Frank Underwood seems to suck the life out of the show since nobody can get past the fact that he’s gone. Doug’s obsessed with getting a posthumous pardon for him. Tom and Janine are still trying to prove that he murdered Zoe Barnes.

But the worst part is that Claire’s still trying to prove that she’s his equal (actually, that she’s his superior). Which would be okay if they’d given Robin Wright the right (pardon the pun) material to work with, and if she had really taken the lead role and made it her own (see below).

But it didn’t have to be this way to begin with. They could have essentially wrapped up all of the Frank-related loose ends, including the long-overdue death of Doug Stamper, in the first episode. That would have freed up considerable energy for Wright and the entire cast to not only build on the previous five seasons, but also to take things in a fresh new direction. 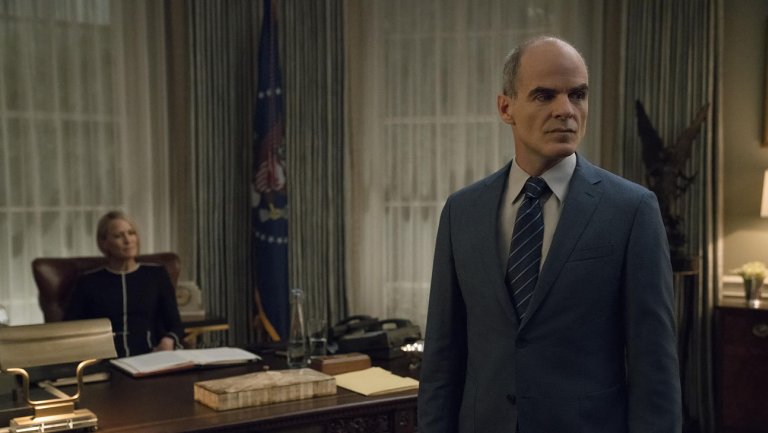 Robin Wright is an accomplished actor, and she’s made Claire Hale Underwood an interesting (if somewhat understated) character on HoC for five seasons. Now, with Spacey’s departure, Claire is forced to carry the weight of the show—which, in theory, shouldn’t be a problem.

But Wright doesn’t really seem to handle the role any differently than she has in previous seasons. It’s not a bad performance, by any means. But it just feels like something’s missing. I’m not saying she has to rant and rave like a crazy person, or even that she has to play the character in a fundamentally different way than she always has. Claire has always been one to keep her emotions firmly in check. But there are times when her cool demeanor almost comes across as indifference. Even an assassination attempt in the first episode is played off as little more than business as usual. It just doesn’t ring true.

And her supporting cast is really no better. I assume that the Shepherd siblings were a part of the Season 6 plan even before Frank had to be cut out of the script, so we would have had Diane Lane and Greg Kinnear regardless. And the two of them would be solid additions to any cast. But I don’t find either one of them believable as the Koch brothers of the HoC universe. Bill Shepherd just comes off as a whiny, irritating billionaire. At least Annette has a history to Claire as her childhood friend, but apparently the two of them have fallen out completely over money and power, and so they spend most of their time pretending to like each other when they actually hate each other. But you’d never get that just from watching them interact. Take out the flashbacks and a couple of lines of dialogue, and you’d assume they were strangers.

And then there’s Doug Stamper. I’m not sure what to say about Doug at this point. I mentally wrote him off after he spent an entire season (or at least a good part of a season) stalking a young woman, then killing her and burying her body in the desert. But that doesn’t really make him any worse that a half-dozen other people on the show, so he’s still around. And, yes—Michael Kelly plays the steely-eyed psychopath about as well as anyone. So, given the fact that the writers are trying to make the best of a bad situation, maybe Doug’s not the worst choice to pit against Claire as her true nemesis.

But, again, the conflict just feels forced and artificial. We’ll talk more about Doug when we get to that last scene in a minute. But I just didn’t get the sense that Doug Stamper was a real, credible threat to the Hale presidency.

And then there’s a laundry list of supporting characters that I guess we’re supposed to care about—some of whom are even killed by Claire. But I really can’t think of one side character worth mentioning or one who turned in an exceptional performance. Okay, Tom Hammerschmidt’s been around since the beginning, and he didn’t deserve to die execution-style in a D.C. deli. That’s about it. Everyone else seems to have brought their fate upon themselves in one way or another.

3. Too Many Breaks in the Fourth Wall

In general, I like the occasional aside to the audience. In moderation, it’s a clever way to give the viewers a sense that we’re a part of the story, almost as if we’re in on a secret that the other cast members aren’t privy to. It also helps keep everyone on the same page with what’s happening if there’s any plot ambiguity. It’s been a part of HoC since the first episode, and so it makes sense for Claire to continue the tradition.

But Claire’s approaching Dexter-level absurdity with the number of times she stops to talk to us. It gets so bad that you almost expect her to look at us and say, “I know this plot can get pretty convoluted, so I’m just gonna explain everything from now on.” And then Doug starts doing it? C’mon, folks—it was fun at the beginning, but enough’s enough.

4. Mixed Messages About the Role of Women

One of the more positive aspects of HoC’s final season is that we get to see a strong, powerful woman in the White House. If you’ve read any of my other work, you know that I fully support any show that gives women a voice and shows them to be the capable leaders that they are, so this is great to see. I was also pleased to see that no one batted an eye when they found out the president got pregnant and assumed that her “condition” would automatically mean that she couldn’t do her job. And Claire is clearly able to use her position to get support for the rights of women. Taken by themselves, all of these are commendable writing choices.

But a lot of that tends to unravel when you remember that Claire is using the women’s movement, and even her own pregnancy, as tools to achieve her own ends. Her pregnancy garners sympathy from the nation, and it also keeps Doug from inheriting Frank’s estate. Maybe she does want the baby on some level, but she strikes me as the type of mother who would throw her own kid under the bus (literally or figuratively) to save her own hide. Not a lot of maternal instinct there.

And I get the fact that, on a macro level, even her ruthlessness is a product of the fact that she’s always been held back because of her gender. So, in a sense, the heinous acts that reflect poorly on her as a person still furthers the cause of women everywhere because they show us that a woman can play the power game just as well as a man.

Confused yet? Then hold on, because we still have to talk about…

As Scott Von Doviak points out in his well-written recap of the series finale, Doug Stamper isn’t the person who’s supposed to be in the Oval Office with Claire when the curtain falls. That’s not hard to figure out. HoC was always supposed to end with an Underwood v. Underwood showdown that would most likely leave at least one of them dead (presumably Frank). When that became an impossibility, they had to come up with someone else to fill that role (at least to some degree).

I’ve already pointed out that I think Doug was a bad option to be Frank’s proxy. But putting all that aside, even if that choice makes sense, there’s no possible scenario where Claire killing Doug is, in and of itself, a satisfying ending to six season’s worth of television. Because, for one thing, we don’t really care whether Doug lives or dies at this point. Doug should have been killed off a long time ago, so this is ultimately a good thing. But it doesn’t provide a sufficient resolution for the series as a whole.

Maybe they were going for a Sopranos-style ending where you can decide for yourself what ultimately happens. But we all know how well that went over at the time. Because, in general, we don’t deal well with ambiguity. Not when it comes to our entertainment, and especially not when we’ve invested sixty-something hours in a particular story and a set of characters whose actions have to have some sort of consequence. Otherwise, it just feels like we’ve wasted our time.

They had so many other choices. They could have marched Claire out of the White House in handcuffs. Or they could have had her declare herself to be the first Queen of America, officially dissolving Congress and putting and end to the republic. Hell, they could have even had her push the nuclear button and destroy the planet. Most anything would have been better than this.

Despite all of that, I still think House of Cards was, and is, a great show. And, considering the fact that the character around which the show had been built for its entire run was no longer available, the last season was never going to be what it could have been. But I really think it could have been better than it was.