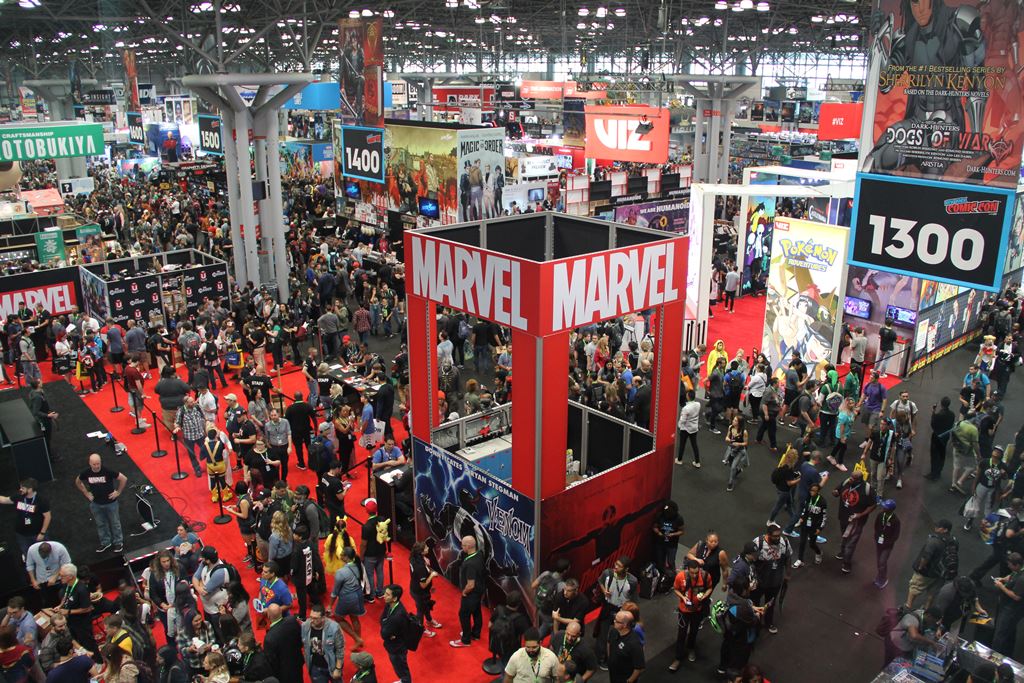 The range of products available to buy at a convention as big as New York Comic Con is as varied as the population of people who attend. But while quite a few of the items, like t-shirts and comic books, can be commonly found outide of the show, some items stand out as more unique. Due to the magic of the Internet, you don’t need to have been in New York last weekend to pick up these gems. After walking the NYCC show floor, I have compiled a list of the merchandise that stood out most to me. Here are the five must buy items from NYCC.

The folks at Video Game Shadow Box have put together a very interesting and unique line of artwork. Framed cells from a variety of classic video games feature a layered look at key gameplay moments or in some cases title screens. But when you scan the code on each frame with your smartphone, the scene comes alive with motion and sound as if you were playing the game. I was first drawn to the Video Game Shadow Box both because of the dynamic look of the scenes, but the augmented reality feature only adds to the experience.

Taking the iconic imagery of modern pop culture, Geek Orthodox produces eye catching window clings with the look of stained glass art. Sure posters are fun, but Geek Orthodox window clings are works of art. I first saw Geek Orthodox at NYCC two years ago and each year since their catalog of options has grown substantially. Two of their newer pieces that I saw at the show are recreations of the signs for The Inn of the Prancing Pony from The Lord of the Rings and The Leaky Cauldron from Harry Potter. They look like they would belong as the windows of those fictional establishments. I actually bought my wife the Hufflepuff window cling as a gift since that is her Hogwarts house of choice.

Set up alongside a massive oversized arcade cabinet playing the 90s game Marvel Superheroes, Arcade 1 Up had their own arcade set up showcasing all of the (normal sized) cabinets they have available to buy. Options include classic genre favorites like Teenage Mutant Ninja Turtles, Star Wars and Marvel Superheroes. Or you could go in the classic gaming direction with Pac-Man, Street Fighter II or Golden Tee. Plus there are several more. I played Golden Tee at NYCC and was successful in driving the ball directly into a tree trunk three times in a row. Yeah, I’m that good. Arcade 1 Up also has smaller “counter-cades” and head-to-head gaming tables available. What a coffee table that would make.

For the tabletop gamers out there, Level Up Dice offers unique collectible dice of all kinds. Made of various materials and different designs, the company offer more dice configurations than I would know what to do with. Level Up doesn’t throw around the word “luxury” lightly when describing their products. Just check out their semi-precious stone sets made of materials like amethyst and quartz. While there are many options for tabletop gamers, these dice aren’t the right configuration for Yahtzee. Trust me I looked.

One item that you’ll have to keep an eye out for at specialty shows or second-hand online retailers is the 1/6th scale figure of Stan Lee’s memorable cameo from Guardians of the Galaxy Vol. 2. One of my personal favorite Stan the man cameos had the writer discussing his film cameos with the Watchers in an unknown corner of the galaxy. While collectors may have their favorite superheroes adorning their shelves in figure form, placing Stan in the corner as a cameo in your collection seems a fun idea.

Even though we’re still in October, Christmas is just around the corner. All of these would be a great gift for that geek friend or relative… or to treat yo’ self. Honorable mention goes to the replica Star Lord jacket from Luca Jackets. We could all use some more Peter Quill in our life and wardrobe. The list above covers plenty of price points. So no need to break the bank unless you want to. Happy shopping!