First Trailer for Pixar’s New Film, ‘Inside Out’ 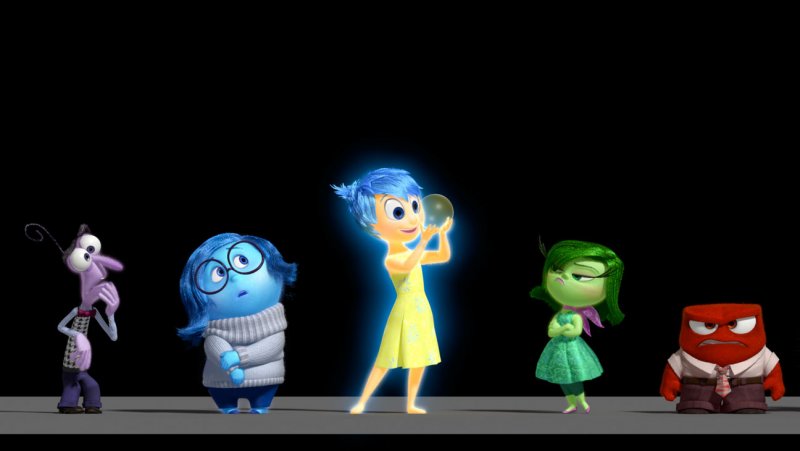 In the past, Pixar has taken us under the sea, into the sky, and to other worlds, but now they are going somewhere completely new with their upcoming film: into the mind of an eleven-year-old girl.

It’s been awhile since we’ve seen a new original film from Pixar, as they have been focusing on old successes with Cars 2 and Finding Dory. If you watch the first official teaser trailer for Inside Out, you might start to think that there’s nothing new to see as the majority of the trailer is a montage of Pixar’s previous films. With such a successful history, you can’t really blame the studio for wanting to be sure that everyone knows this new film will be coming from the creators of Wall-E, Up, and Monsters, Inc. – after all, that’s probably their best marketing strategy. We should also keep in mind that it’s still very early in this film’s production, and this is only the first glimpse at what we can expect, so there will surely be longer trailers in the future.

If you do make it through to the end of the trailer, you’ll see that Inside Out already promises to maintain the Pixar tradition of adorable characters and creative storylines. The premise is that the film will largely take place inside the mind of a young girl and will focus on her personified emotions, Joy (Amy Poehler), Fear (Bill Hader), Anger (Lewis Black), Disgust (Mindy Kaling), and Sadness (Phyllis Smith). Amy Poehler has gained the spotlight recently due to her starring role in Parks and Recreation, and has proven herself a fantastic comedian, so it will be exciting to see her break into voice acting. We also know that Inside Out will be directed by Pete Docter, who already has an excellent track record with fan-favorites Monsters, Inc. and Up, so we can expect him to bring his usual style to Pixar’s newest film. Clearly, Inside Out is in good hands.

Pixar’s official synopsis of Inside Out is as follows:

“Growing up can be a bumpy road, and it’s no exception for Riley, who is uprooted from her Midwest life when her father starts a new job in San Francisco. Like all of us, Riley is guided by her emotions – Joy (Amy Poehler), Fear (Bill Hader), Anger (Lewis Black), Disgust (Mindy Kaling) and Sadness (Phyllis Smith). The emotions live in Headquarters, the control center inside Riley’s mind, where they help advise her through everyday life. As Riley and her emotions struggle to adjust to a new life in San Francisco, turmoil ensues in Headquarters. Although Joy, Riley’s main and most important emotion, tries to keep things positive, the emotions conflict on how best to navigate a new city, house and school.”

So far, it seems like Inside Out will have a similar feel to Monsters, Inc., which took a similar premise (the monsters under the bed are real, just not quite what we expected), and created a whole world around it. This time, it is our emotions that will prove to be real in a way we didn’t expect, as within the premise of Inside Out they are sentient beings who control our everyday lives from an inner realm of their own. Pixar has always been good at making us feel emotions – sometimes too good at it – and this upcoming film promises to make us look at those feelings in a whole new light.