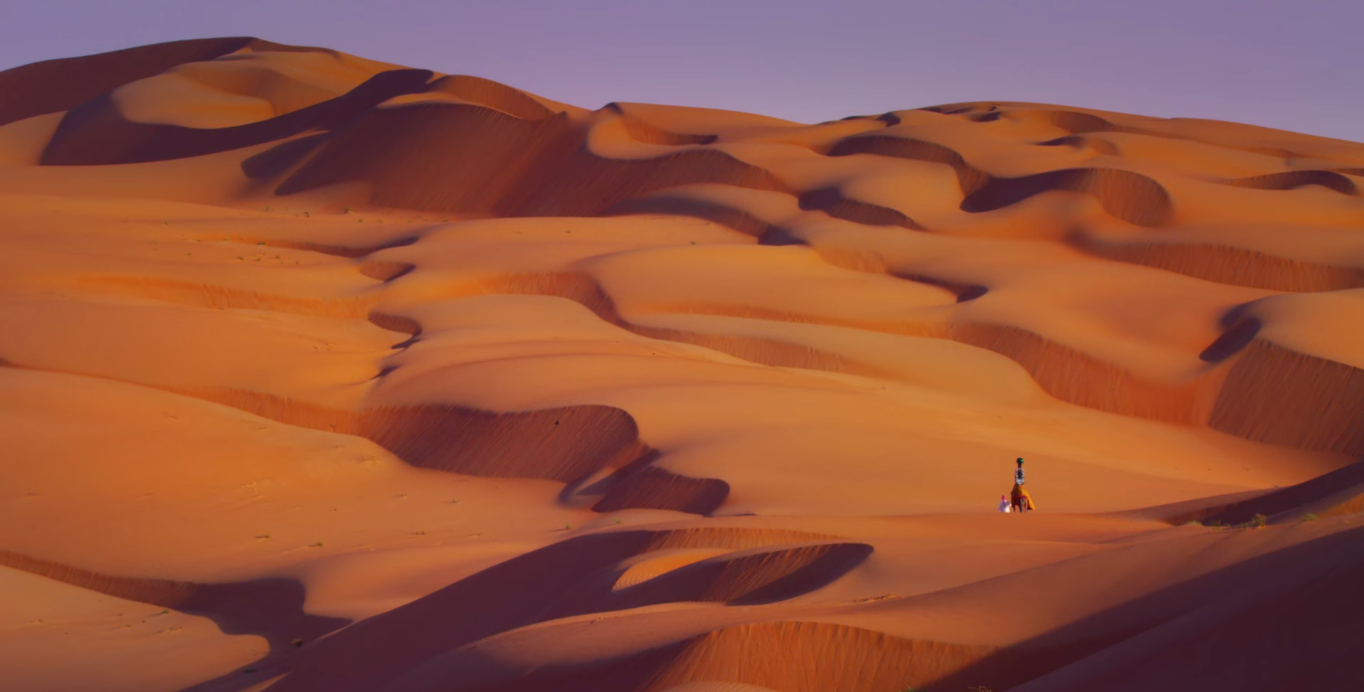 This week, Google updated its Google Maps Street View functionality to include some breathtaking views of thoroughfares you have likely not traveled: the ancient sands of the Liwa Desert located in the United Arab Emirates. The images, which look like something out of Star Wars, were taken about 100 km south of the Persian Gulf and provide for some excellent other-worldly inspiration, not to mention some beautiful wallpaper for your desktop.

How Google Did It

Although roads and cars are normally necessary to achieve the 360 degree views that make up Google’s Street View, the tech giant opted for a somewhat more, natural, means of transportation to capture these magical images: a ten-year-old dromedary camel named Raffia and its Indian guide. According to Google, the decision to attach its notorious Trekker camera–known for its 360-photographic technology–to the humped desert dweller was one borne out of a desire not to distract from the natural beauty of the Liwa Desert. According to The National, the guide would begin the trek with Raffia as early as 6:00a.m. to achieve the clearest pictures. After exploring with the functionality, we can say that the camel’s shadow that follows you is pretty awesome.

A Gallery of Interactive Vistas

Users wanting to explore the Liwa Desert are presented with seven regions–South, South West, North East, West, North and North West–in which one can trek with a camel and guide. Although you may not be able to wander from oasis to oasis, users can travel significant stretches of land, run into herds of camels, and see some people excited to be captured by Google’s camera. We think that’s pretty amazing given the circumstances. The experience is relaxing and captures some of the real life intrigue that draws thousands of tourists to the sandy world.

Started in 2007 as a bunch of computers, lasers, and a GPS device loaded into the back of an SUV, Google Street Views has grown to massive scopes, documenting terrain on all seven continents. By taking slightly overlapping pictures, Google uses technology to stitch these images together into the seamless 360 panoramas that have become the hallmark of this feature. Lasers and GPS devices add data to the images (such as landmarks’ distance from camera and cardinal direction) and allow users to move from vantage point to vantage point using the most logical transitions. The same technology was used in the photographing of the Liwa Desert though understandably there are fewer structures and strangers to investigate. The wonder lies in the desert’s endless sand.

No discussion of deserts and geeks would be complete without paying homage to some of our favorite sandy scenes from visual media. Here below are a collection of our favorites.

The deserts of Tatooine from Star Wars Episode IV: A New Hope are some of the most recognizable dunes in all of science fiction. George Lucas shot on location in Tunisia.

Kevin is a freelance writer, editor, and blogger who enjoys politics and pop culture in equal helpings. When he's not tweeting or writing, he's binge watching Netflix, dancing with his friends, and wondering why he ever got that masters degree in taxation.