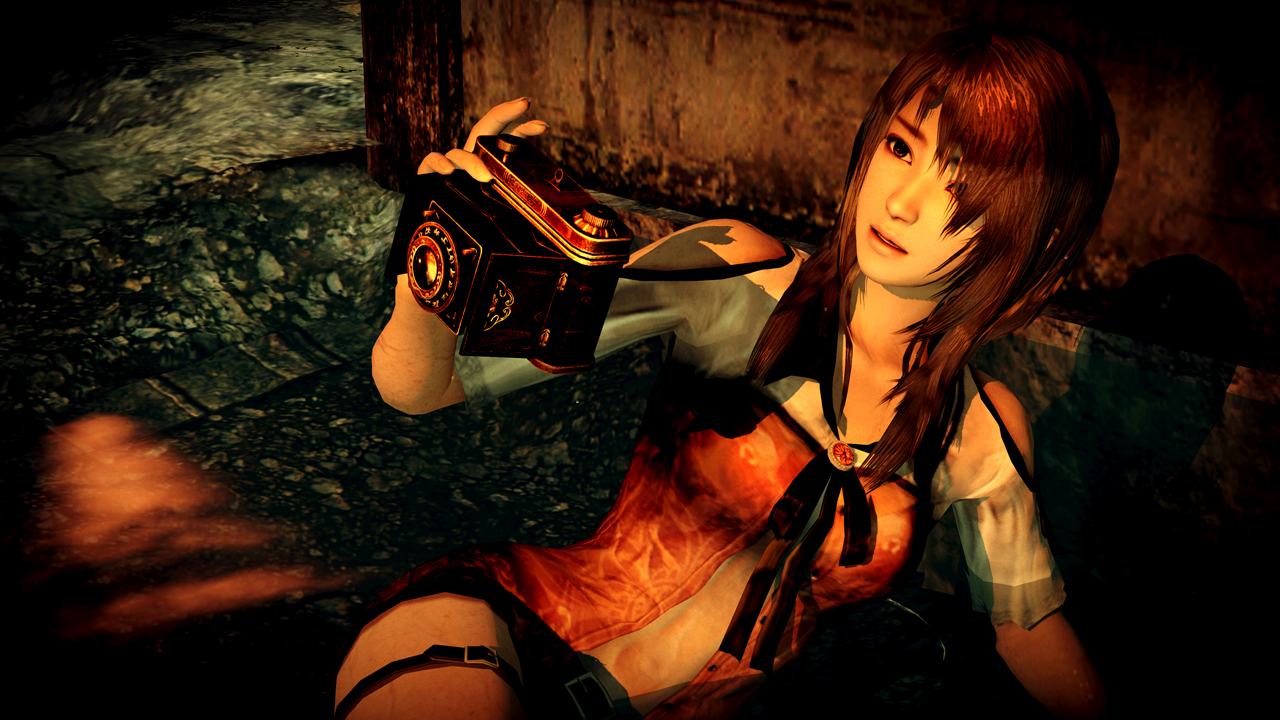 Ready your Camera (Obscura)! The popular survival horror series Fatal Frame (or Project Zero, as it is known in Japan) is back with a new ghost in its machine. That’s ghost’s name? Project Zero: Nuregarasu no Miku, the subtitle of which translates into something along the lines of The Black-Haired Shrine Maiden.

This entry follows Japan-exclusive releases Fatal Frame: Mask of the Lunar Eclipse and the Fatal Frame II: Crimson Butterfly remake Fatal Frame II: Deep Crimson Butterfly, both of which were released on the Nintendo Wii. The plot of the game is still cloaked in shadow, but the premise is clear enough: you play as a young woman (a shopkeeper, it appears) who follows an acquaintance into Hikamiyama, a secluded swampy region known for the rash of suicides committed by young people who ventured into it. And it just so happens that this woman and her acquaintance know a few people who have vanished there. The rest of the trailer consists mainly of flashbacks of what appears to be a violent ritual of some sort (what else is new in Fatal Frame?) and clips of the woman wandering through both a forest area (presumably some place in or around Hikamiyama) and water-logged basement of a very old house in search of her acquaintance, whom she eventually finds only to witness the girl run a blade across her throat—and appear behind her instantly, looking all pale and ghosty. So far as Fatal Frame stories go, it sounds promising enough.

More promising, though, are the short bits of gameplay shown in the trailer. It appears that Fatal Frame has taken a leaf out of Resident Evil and Silent Hill‘s books and tossed both the tank controls and fixed angles in favor of an over-the-shoulder perspective. Based on the few seconds of walking around shown, it’s hard to tell whether or not Fatal Frame has implemented this style of gameplay with a greater level of success than its survival horror brethren, but the ultra-creepy atmosphere that the game successfully conveys—the same ultra-creepy atmosphere that made us fall in love with Fatal Frame to being with—makes us hopeful.

A greater concern is whether or not the game will be made available in countries other than Japan and on platforms besides the WiiU (the only platform for which it has been announced). The first three games in the series, particularly Crimson Butterfly, found greater success when re-released on other platforms, and Western owners of all platforms cried out in Fatal Frame-deprived anguish when the series’s publisher Tecmo confirmed that the next two entries would indeed only be released on the Wii in Japan. Tecmo then rubbed even more salt in Western fans’ wounds when it released Spirit Camera, a mediocre title developed for the 3DS that remains to this day the only Fatal Frame game available for current-gen platforms. Let’s cross our fingers tightly and hope that September 27th of this year (Nuregarasu no Miku‘s release date) marks a change in the Western world’s Fatal Frame deprivation.