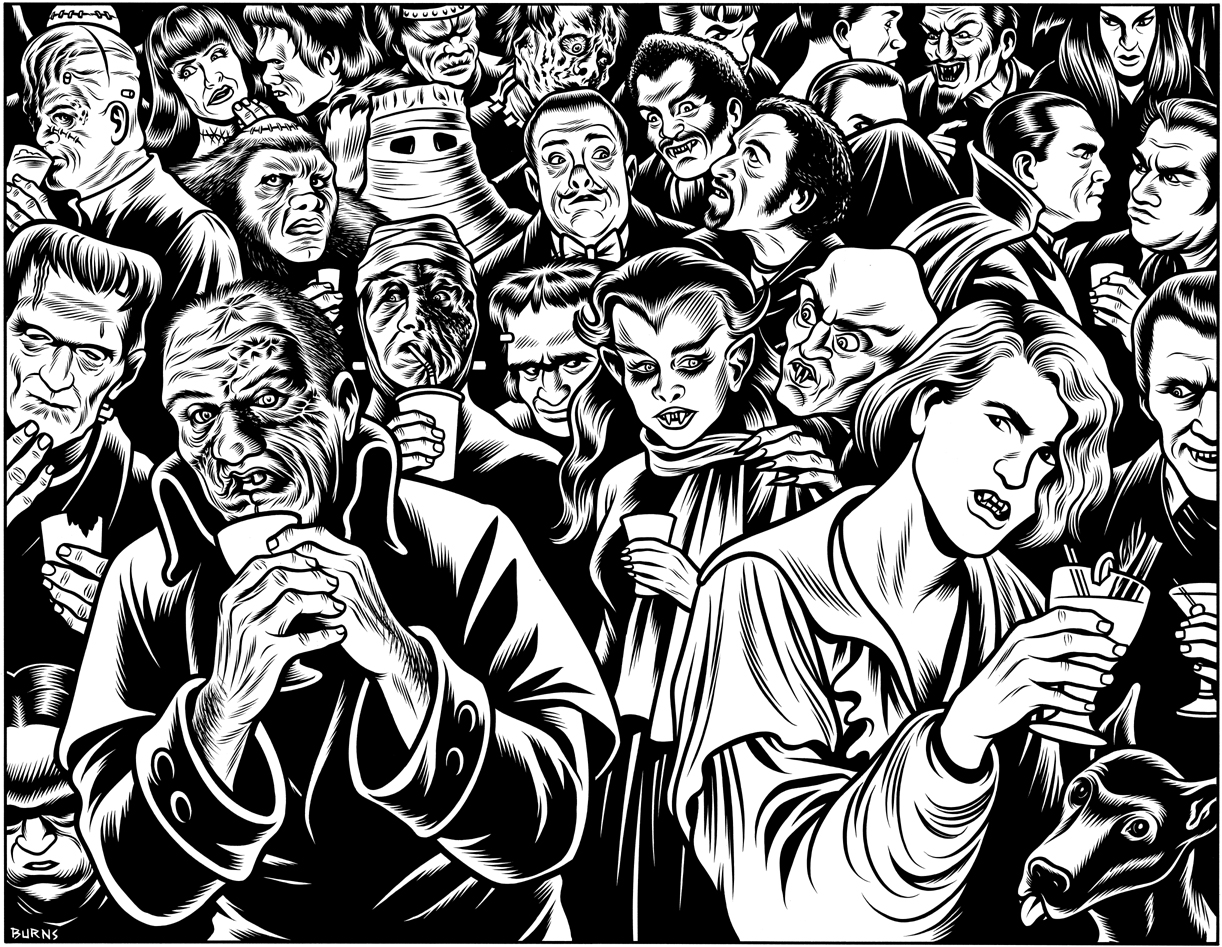 Besides super-heroes, comics offer a wide range of genres, characters, and settings. Some of these are starting to be explored, but plenty more have not been. Here are just a few untapped gold mines that writers and directors could choose from.

A tale of adolescent mutants (no, not those adolescent mutants). The story is set in Seattle during the 1970s where a sexually transmitted disease has infected and triggered grotesque physical mutations in teenagers, making them pariahs from society. The series has won numerous awards and has attempted to be adapted before (with David Fincher, Neil Gaiman, and Roger Avary being involved), but plans seem to have halted, although Fincher is supposedly still interested in directing it. There has also been an abbreviated live-action adaptation, but I haven’t seen it so I can’t comment on it.

A tale of the Holocaust with mice representing the Jewish people and cats representing Nazis, but Maus is also the story of Spiegelman writing his story. The story features a twin narrative, both Art’s time writing the comic and talking to his father (a Holocaust survivor) and his father’s flashbacks to the events he experienced first-hand. Given that they’ve made surprisingly thoughtful movies, I could see Pixar adapting this amazing true story. such a film could appeal to all ages and introduce the story of Maus to new generations.

The Invisibles by Grant Morrison

It’s no secret that the Wachowskis cribbed much of this story for The Matrix, but the source material is far more mind-blowing and would;d cost a lot less in special effects. The Invisibles combines conspiracy theories, the occult, and the concept of an illusory world and global transcendence. The main plot features the rag-tag crew representing the Invisible College fighting attempts to control and manipulate humanity. The series itself was also intended to be a “hypersigil” by writer (and chaos magician) Grant Morrison to cause culture to move in a more positive direction. Given the thrilling and psychedelic visuals the series provides, it would sure to capture the attention of the audience and the narrative would surely cause much debates among friends and film critics. The only difficultly would be combining such a large story into only a few films. It’s possible that the series might work better as a television show, but I could see it succeeding as movie series as well.

One of the best comic series you’ve probably never heard about. Media theorist Douglas Rushkoff (whose non-fiction work I’d also recommend) crafts a world in which stories from the Bible (Adam and Eve, Joseph, Moses, ect) are told in a near-future world where currency is being controlled by powerful forces and gods try to manipulate the narrative. The book is hard to explain with just text, but imagine if things like the burning bush and the serpent in the Garden of Eden were actually different gods trying to break through into the stories to influence the results. Rushkoff’s gods exist outside of the panels (in a wonderfully meta-fictional way) and when they try to enter the panels they are seen as natural effects: fire, wind, water, ect. While Testament would be a challenge to adapt (the format relies on the nature of comics), i think it could be done with the panels being substituted for “windows.” Of course, some might argue that adapting this story to the screen would take away the uniqueness of the story, but I don’t think this would necessarily be the case. Comics and movies are both visual media, and I believe this is a story that could adapt to film and get viewers to think harder about the media they consume and the money they spend on it.

I’m cheating a bit with this last entry, but it’s something I wanted to talk about. With all the reboots in comic movies these days, why not reboot some past properties that have failed. I for one would love to see League of Extraordinary Gentlemen done right, perhaps even a series of films. Likewise, the brilliant From Hell, with the right director, could be a terrific movie rather than the bland one we got. Given that these are both Alan Moore stories, I can’t imagine he’d like to see this (who wants their work ruined a SECOND time?). But I see no reason not to try again with the degree that comic book films have come today. Neither would cost that much to make and any money lost would be made up for on DVD.

What are some non-super-hero properties you’d like to see adapted to film?

A First Look at ‘Fatal Frame: Nuregarasu no Miku’ (“The Black-Haired Shrine Maiden”)

Robert Downy Jr. Is The Most Valuable Actor, Again