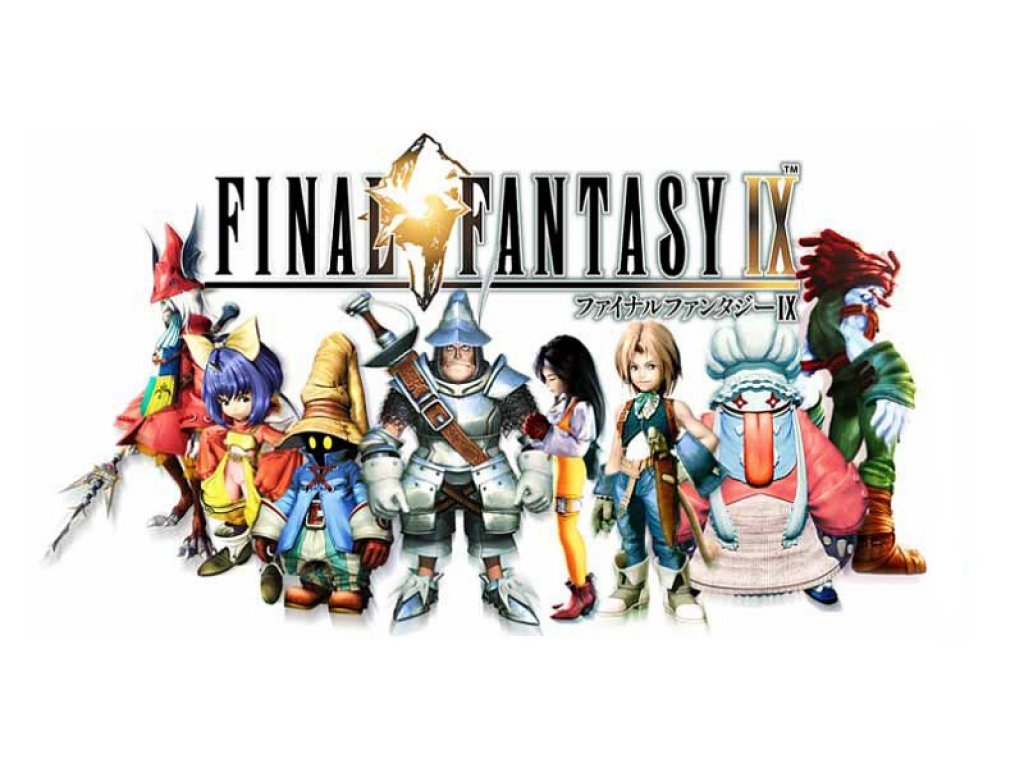 With the newest release of a Final Fantasy MMO I started to think about what the greatest  game of the main series was. If you yelled Final Fantasy VII then you’re wrong. If you said Final Fantasy IV then you are less wrong, but still wrong. FFIX is unequivocally the greatest to ever make its way into the famous role-playing series, and hands down the most underrated. FFIX was the third Final Fantasy game to come out for the Playstation and it came out towards the end of the consoles life. Thanks to its release time many gamer have never even played FFIX, thanks to that it is often left in the shadows of it’s older siblings. *SPOILERS BELOW*

If you had come into the Final Fantasy series on FFVII and FFVIII then you probably thought that Final Fantasy was a sci-fi series. Final Fantasy IX eschewed the sci-fi trappings of it’s PSX predecessors in favor of the class fantasy setting that the series had been known for previously. Guns, robots, and alien creatures were replaces by swords, airships, and…alien creatures. Okay, so FFIX still had some science fiction elements, but they fit very well into the setting that was crafted for the game.

Even the gameplay of Final Fantasy IX was a throwback to the earlier games of the series. No more convoluted “junction system” for magic, no characters being able to learn any kind of ability they wanted as long as they held the materia. FFIX went back to the good old class system where you have the holy trinity. Vivi was a black mage so he learned black magic, Dagger was a white mage, Zidane was a thief. Even in games where you could customize, certain characters always did best in certain roles so it just seemed like an extra step for no reason.

The AP system for learning abilities was one of the simplest yet most addictive systems of any Final Fantasy game. Sure, every character was limited in what abilities they could learn, but within each character there was a plethora of different abilities. Not every Vivi learned the same spells, not every Zidane was built the same. Best of all it wasn’t a system so complicated that it scared off players news to the series (looking at you FFVIII).

Final Fantasy games pretty regularly have plots that many people would describe as “out there.” FFIX was no exception to this, as the central plot involves taking over a planet by removing souls. One thing that FFIX does much better than it’s better known predecessor FFVII is make everything fit together. Many of the games that came before IX had plot holes that would most accurately be described as glaring. IX fit together tightly, never trying for too many twist reveals just for the sake of it. 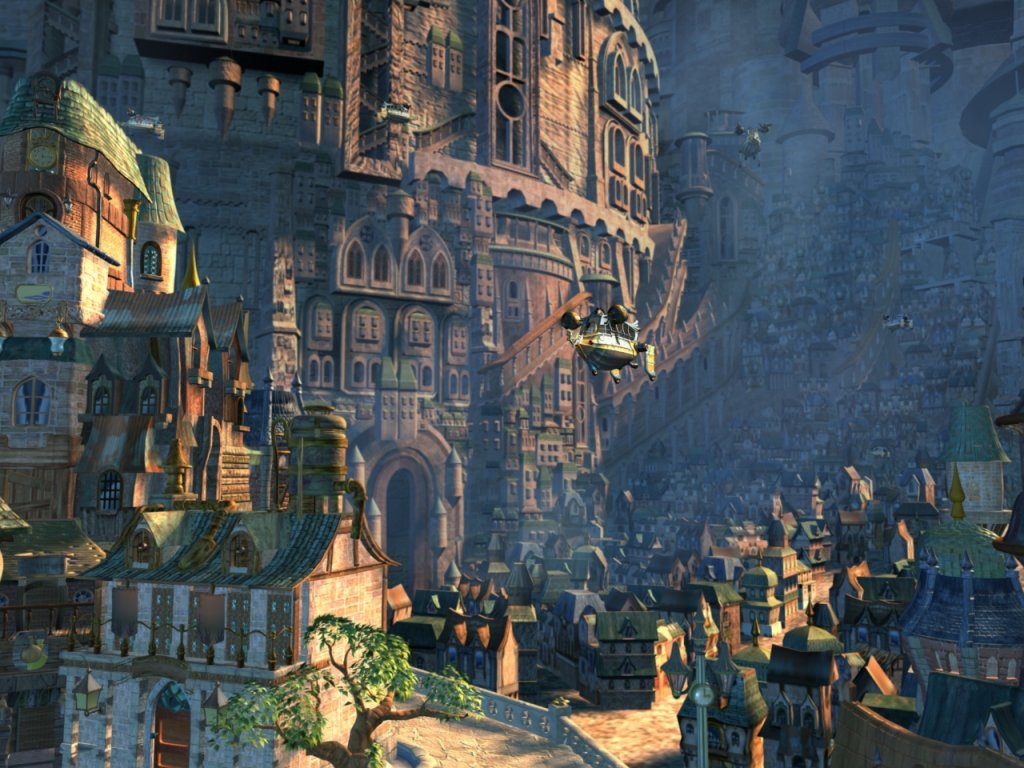 While most people may not remember FFIX as a great looking game, those people remember wrong. It suffered from coming out right before the PS2, literally months before the console launched. So instead of being put up against games on the PSX it was compared to PS2 games. In reality FFIX was a gorgeous game that pushed the PSX to its limits. If you go back and watch the FMVs from the game they still hold up incredibly well. I’m not saying you’ll be blown away, but have you ever gone back and watched Playstation FMVs? They usually look outright dreadful. Not to mention every single area of the game looks like it was painted by an incredible artist.

Where Final Fantasy IX truly shines though, is in its characters. Square changed things up for IX and replaced the typically whiny brooding hero with the playful, skirt-chasing Zidane. In many ways Zidane has been lost in the crowd of FF protagonists as most people conjure visions of Squall and Cloud when they think of PSX era games in the series. It’s a shame that Zidane isn’t as recognized as he probably should be. He has all of the eccentric devil-may-care stylings of an action adventure hero. If they ever made a Final Fantasy movie (ignored Spirits Withing) then I’d rather have Zidane on the screen than any of the other heroes. 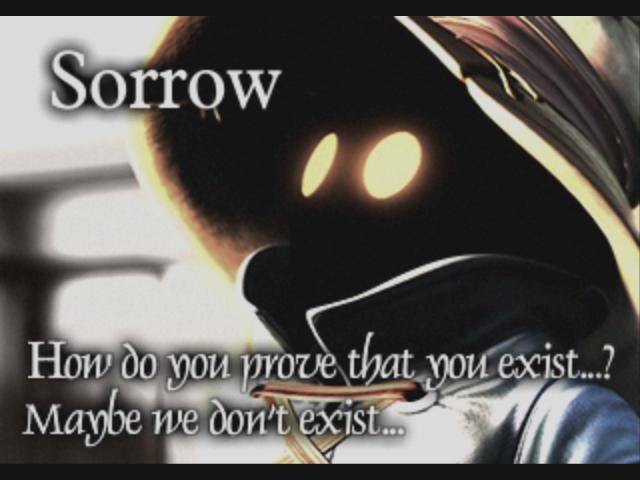 I do love Zidane, but everyone who has played Final Fantasy IX knows who the true hero of the tale is: Vivi Ornitier. Vivi is the little black mage of the game that carries more depth than any character ever in the series to date. Vivi is the epitome of the human condition, someone who is constantly forced to question himself and his purpose as he marches ever towards the end of his lifespan. Final Fantasy IX deals with the idea of purpose with nearly every character you deal with. Vivi is an older design that has since been overshadowed by better versions. He’s not a real person, only a doll crafted as a weapon of war. This introspective gives us one of the most memorable quotes of the series, “How do you prove that you exist…? Maybe we don’t exist…”

Throughout the adventure we watch as Vivi contemplates his own existence and place in the world. He becomes aware that his lifespan is finite, and short. There isn’t some grand quest to make him live a normal length life either. By the end dialogue of the game Vivi has expired, facing what we all fear will eventually happen to us. All of the characters in the game search for a greater meaning beyond what they know. Steiner questions is fealty to the kingdom as servitude, Vivi and Zidane question their entire existence, Garnet strives to be more than her name, Kuja attempts to overcome the fact that he is imperfect. This is a deep and thoughtful theme that any human being can relate to. 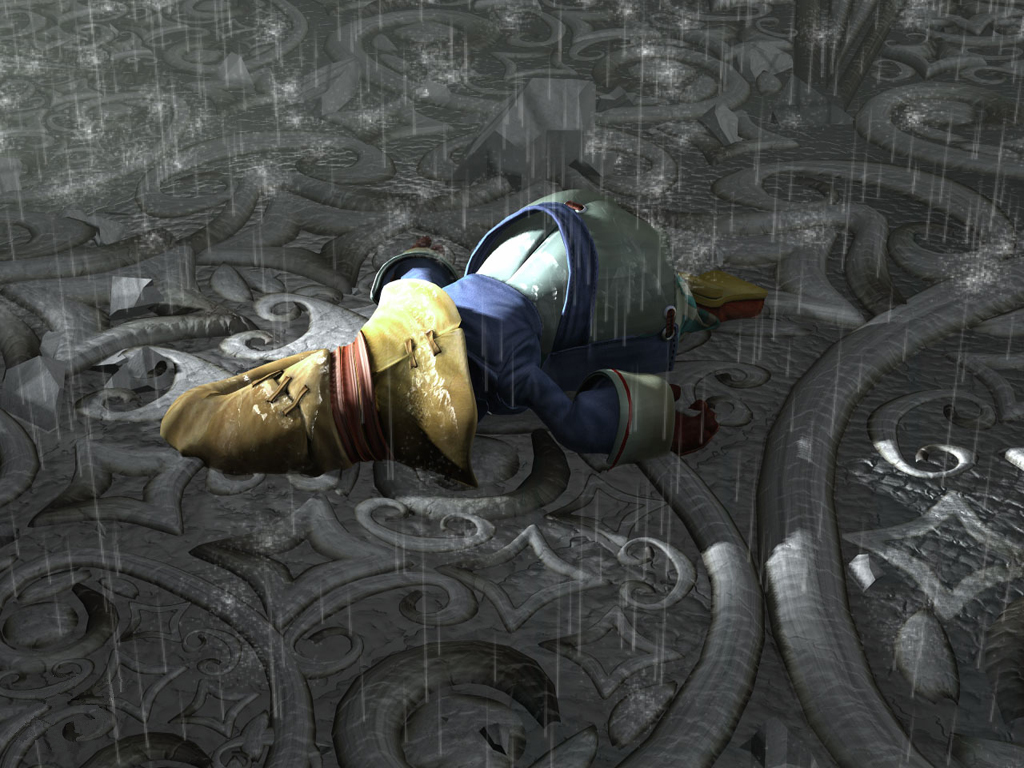 There is one scene in particular in the game that is the epitome of the emotional depth that this game digs at. If you’ve played the game then you probably know which scene I’m talking about already. When Vivi first runs into others of his kind he realizes that they are nothing but mindless drones aboard an airship. They lack the ability to speak, think, or act without command. He begins to question his entire existence as he may very well be as devoid of free will as the others. The winged super black mage, Black Waltz 3, that’s been chasing the heroes shows up to destroy them. He does a pretty good job until the otherwise mindless black mages come to Vivi’s aid sacrificing themselves to the flames in order to protect him. Even Aerith’s death didn’t move me the way this scene did, it was truly the pinnacle moment of the game.

Finally I want to talk specifically about Kuja, the main antagonist of the game. He is a construct of war from another world, as is Zidane. They are both similar to Vivi except that they have been crafted from the material of another world. Kuja is in many ways the Vivi of his own story. With the existence of a perfect version of himself (Zidane) then what purpose does he have? You could easily turn the entire game around and tell the story of Kuja striving to overcome the fact that he is flawed. He has the ability to truly be the hero of his story in a way that not many other villains do.

If you still don’t agree that FFIX is the best of the series, then I implore you to go replay it. If you never played IX then go play it for the first time and experience its awesome. Tell me in the comments what your favorite game in the series was and why.