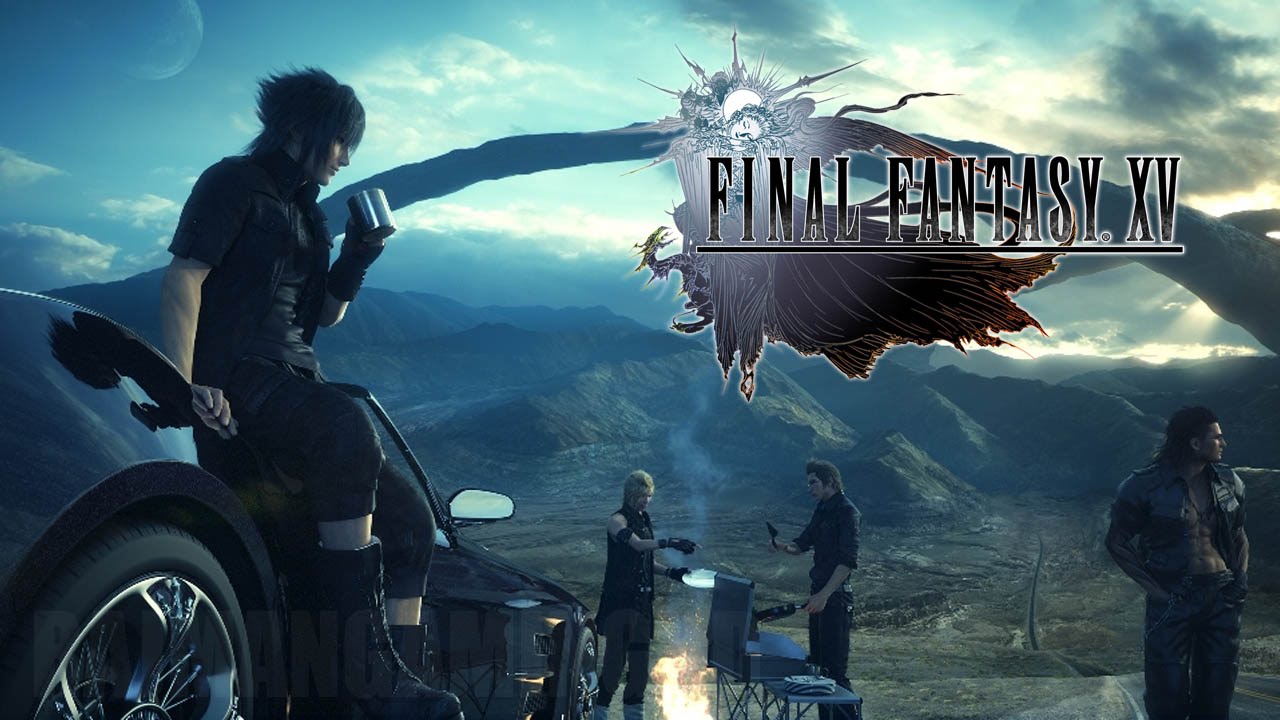 It’s been a long time coming.

Final Fantasy XV is on the list of “hyped about” titles for 2015 and 2016. Even though the excitement has been swelling these past few months especially, SquareEnix’s road trip taking, beast fighting pseudo-boy band isn’t new to the eyes of gamers. In fact, Final Fantasy XV has a long history. And it all goes back to the name once whispered in hushed, skeptical tones amongst those who knew of it. If you have even a foggy recollection of 2006, you remember when “Final Fantasy XV” was known as “Final Fantasy Versus XIII”, or even “Final Fantasy Agito 13”.

It’s been some years since Final Fantasy XV‘s initial debut at E3 2006. Back then, the main protagonist, one Noctis Lucis Caelum, was a completely different guy. He fit the trope of “bored and well dressed.” He was a man whose mind was on half-hearted victory. In spite of his flippant demeanor, his skills were impressive. In videos, he could control an unknown number of weaponry and was capable of taking down dozens fearlessly.

As trailers built, we got to see a bit more of a change with Noctis. He kept the unchangeable look of disinterest, but we got to see other people — his friends, colleagues, unnamed people of important, and his father, King Regis. Noctis slowly climbed the ranks of “broody and distant” to a character who more than likely just can’t be bothered. For those who weren’t too in the know, like myself from time to time, word about FFv13‘s development was scarce, but the news and trailers that did pop up were usually promising.

However, it was in 2011 when the big announcement was made. The pivotal reveal happened during E3. At the end of one of the trailers, “Final Fantasy Versus 13” changed to “Final Fantasy 15”. It became its own brand! It became its own identity, so to say, and for some reason, that was even more exciting. Now, fast forward four years to 2015. Several trailers have been released under the Final Fantasy 15 name. Noctis and his boys have been restyled and personified, fleshing them out as more developed characters. But the big question is, what does this game offer? What could possibly make it stand out as a new gen Final Fantasy game?

While some answers can be given through some of the trailers, the truth of it all shines through with the demo, Episode Duscae, that was released last month on March 17th with the overseas release of Final Fantasy Type-0. The demo lasted a bit over two hours, and wow. It definitely gave a lot to be excited about. For one, the battle system is incredibly impressive. It feels more like a fighting game in which players have the ability to parry and dodge out of the way of attacks. It had a very Metal Gear Rising feel to it, which made the encounters a bit more immersive. Players get to see the various weapon classes Noctis could use, which only leaves customization and upgrading to the imagination. What kind of wondrous weapons will we get to build and find? We just don’t know… yet!

The camping system is actually incredibly fun. Noctis and co. can set up camp outside under the open skies or even take refuge in a camp RV. The raspy voiced prince’s “It’s bedtime” provides a hilarious note to check out on before proverbially laying down one’s head for the night. All EXP and bonuses are calculated at the time of resting, which really adds punch to the phrase “All in a day’s work”. You get to see the fruits of your labour, because surely enough, you’ll always be doing something. Before making your camp, you can choose what’s for dinner. The meals cooked up by the ever doting Ignis help increase stats which carry on into the next battle.

But the one thing that sells me the most is the character interactions. Much in games now, there’s collision detection so your AI companions dodge out of your way. For other brands, it’s a throw away technique, but for Final Fantasy, it’s a few steps up. Running straight at your companions and watching them jog backwards or dance out the way—why, there’s something truly satisfying about that. In battle, there’s such thing as friendly fire. While the damage may be small, don’t expect your teammates to let you get away with that. And the best part about that is, Noctis responds back with a bit of a fluster. The dialogue is rich; the interactions are solid. It all feels like there are truly companions there on this journey with you.

The characters respond to their surroundings, another little treat the demo lets you in on. At one point, the royal quartet ends up in a cold cave, and watching each of them react to the chill was honestly amusing. Prompto, the chattery blond gunner, actually jumps in place and shudders; his lips are twisted down in a miserable frown. It’s details like this that make the world feel truly alive.

The graphics have stepped up a bit. It’s not just smooth and pretty. There’s grit, grain, and texture, even on our main boys. If there’s one thing I’ve always loved with Final Fantasy, it’s the environment and the creatures. Thankfully, I get my fill of both in the demo. At the end, the demo plays on the overall plot that has been touched on in the trailers. If anything, I would say that it’s very important to watch them before playing. Bonus points if you watch all of them and take in the growth yourself. The Japanese voices are pretty good, but I have to admit that I’m incredibly happy with the English cast as well. Even though it gets pretty easy to confuse Noctis with Gladiolus, but it happens.

In its early stages, Final Fantasy 15 was going to be exclusive to the Playstation 3, but now in its more mature form, it will be available for the PS4 and Xbox One. Right now, the game is unrated and doesn’t appear to have a set date of release. For those who do play the demo, data will not carry over, but it’s been said that there might be a bonus for those who do play it. Regardless of if there is or isn’t, Episode Duscae is absolutely worth checking out.

Final Fantasy 15‘s launch is slowly approaching. It will be joining the family of new gen games, and personally, I welcome it.