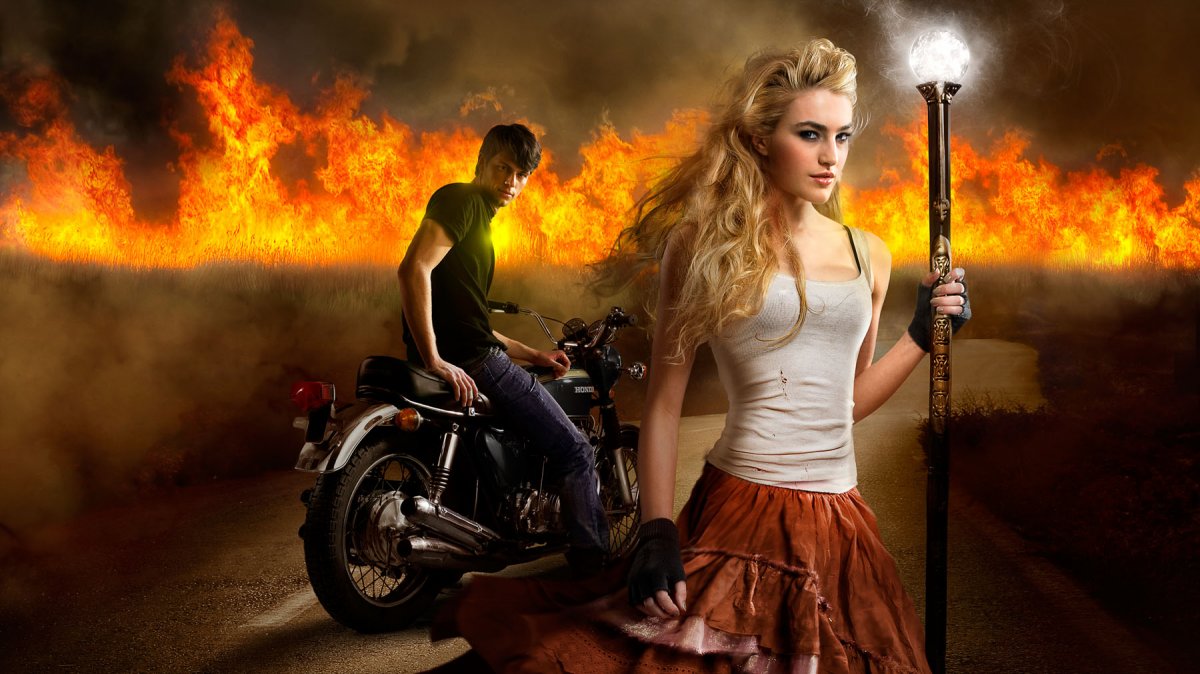 Five Teenagers in an Apocalypse

The Poison Princess, book one of the Arcana Chronicles by Kresley Cole, is a dark story of survival in a world that has suffered through the apocalypse. Grim situations, insanity, and people empowered by the Major Arcana tarot cards abound in this series. The series focuses on a small group of survivors, mostly teenagers, traveling around in this post-apocalyptic world full of slavers, cannibals and corrupt militias.

The setting is rather standard for a post-apocalyptic world: barren wasteland as far as the eye can see, humans turning on each other and vampire-like beings called Bagmen. However there are also twenty-two individuals who have special powers based off the Major Arcana. The main cast features Evie who can manipulate plants, Jackson a Cajun survivor who is protective of Evie, Matt, an autistic clairvoyant as well as few other gifted kids. They have to survive slavers, Bagmen, and other Tarot users who aren’t so benevolent with their powers.

The Survivors of an Insane World

Evie is the main character and heroine of the story. Before the Flash, the first of many apocalyptic disasters, Evie lived with her mother and was one of the most popular girl at her school. Once the apocalypse begins, Evie experiences tragedy after tragedy, all the while discovering that she has powers that humans can only dream of. Over the course of the story Evie slowly matures and develops while having to survive a world littered with dangers from nature and humans. She is accompanied by Jackson, a Cajun boy who both protects and always criticizes Evie. Jackson is a survivor who knows various ways of surviving in the post-apocalyptic wasteland that is the USA. On the way to North Carolina, where Evie’s Grandmother is waiting for them, Jackson and Evie meet Selena, Finn and Matt. All three of them are also members of the Arcana and have magical talents of their own.

A Truly Dark and Twisted Fantasy

The story is unique because unlike many fantasy novels, even though we have our heroic protagonists, they aren’t really out to save the world, as it already has been ravaged by the apocalypse. The main characters do their best to survive each day as well as trying to find out more about the powers some of them are gifted with. Naturally the path to the only possible source of information, Evie’s Grandmother, is fraught with cannibals and various dangers.

Something rather unique about this story is that it doesn’t shy away from the darker themes of an apocalyptic world. Evie has to deal with the fact that the majority of women in the USA seemingly died out, thus making her a target for capture by other survivors, who have dark purposes in mind. All the while the personification of the Death tarot card keeps sending messages to Evie, stating that he will find her and kill her. Over the course of this novel Evie, Jackson and their group deal with loss, grief, lack of trust and confusion about the Arcana. This twisted fantasy book is full of interesting characters, dark themes and monstrosities around every corner.

Even with The Poison Princess’s dark and depressing setting and characters, the book still boasts a bit of romance and fantastical wonder that makes it quite the intriguing smashup of horror and fantasy that leaves you wanting more.