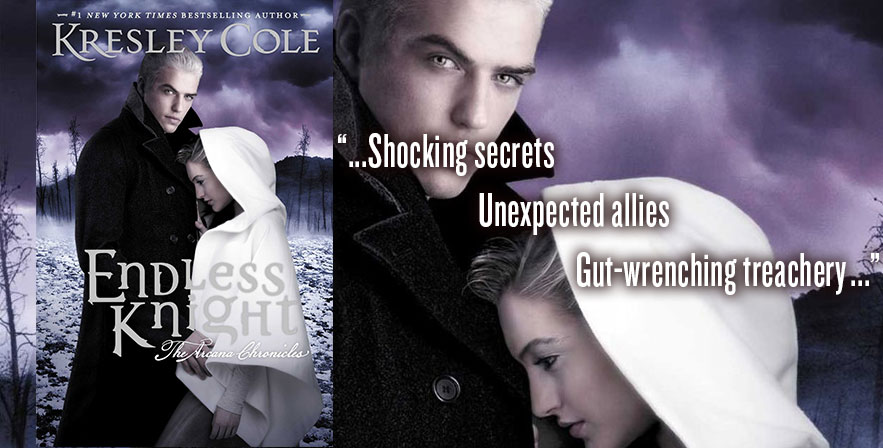 It Gets Worse for Evie…

Well, as the story progresses Endless Knight gets more and more complicated and devious. Evie is at first very determined to work together to defeat the boy that all the other Arcana fear: Death. However over the course of the book Death is slowly humanized and his relationship, and mild obsession, with Evie is finally revealed. At the end of Poison Princess, Evie had killed one of the Arcana, people chosen with special powers mimicking attributes of the Major Arcana Tarot Cards. Endless Knight adds new characters to the mix, fleshes out others, secrets and secret schemes are revealed. Safe to say its a roller coaster of a ride!

One of the more important characters introduced in Endless Knight is Lark, the representation of the Strength Arcana. She can talk to animals and control them, like Evie’s power a bit diminished after the apocalyptic Flash that killed most wildlife. Lark is spunky, young and rather resourceful but can she be trusted?

There is a lot of development of character when it comes to Death, the man who has been set up as “The Big Bad” or the main antagonist. However as the novel progresses, Death slowly becomes a more sympathetic character and it is revealed why he is so obsessed with killing Evie. Even Jack and Matt, the two people that Evie cares about most in the world aren’t exactly as they seem.

There is a lot of action and suspense, as more Arcana characters are introduced (sadly some of them are also axed without any development whatsoever) and Evie goes toe to toe with Death, Empress versus Death Arcana style. Our group of survivors even comes across the cannibals mentioned repeatedly in the first book and their leader, Guthrie the Hierophant. Even Evie’s one sole desire: to get to her grandmother, who might be able to help her, might be in question as the Arcana tournament’s rules are finally explained. Finally a love triangle is formed between Death, Evie and Jack. However this triangle is full of secrets and forgotten pasts (when concerning Evie and Death).

The one problem with this novel is that…there are sex scenes. It is not that they are unnecessary but the feel of the scenes, the wording of them and the descriptions just seem rather awkward. The build up to the relationship between Evie and Death is also middy cringe worthy. These uncomfortable scenes become breaks in the natural flow of the story, they do add more to the characters of Evie, Death and Jack (I’m serious, at least one of them does add some complexity to the love triangle) but at a cost of distancing the reader. However this is the sole problem I had with the book and these sections are rather short, most of novel focuses on Evie’s turmoil as everything she thinks she knows about the Apocalypse and the Arcana Cards is turned on it’s head. All in all Endless Knight is a decent sequel to Poison Princess with a few bumps, but the whole article is definitely satisfying and leaves a huge cliffhanger that will make waiting for the third book, which will be released in January, all that much worse.