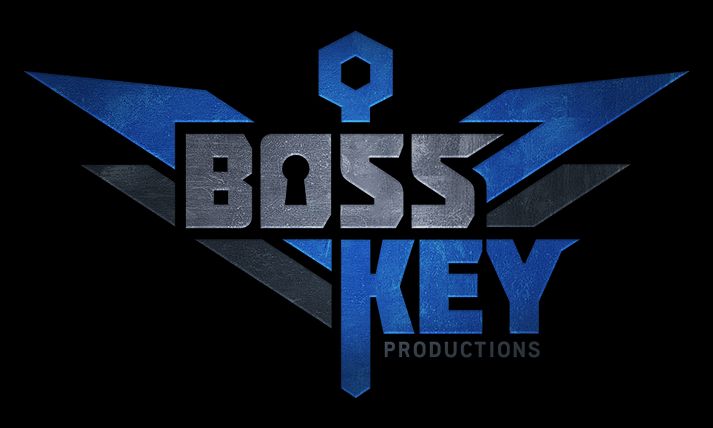 Over the past week there has been a lot of hype buzzing around the company Boss Key Studios.  The company hit the scene armed with an ominous countdown clock, a now hiring link at bosskey.com/ and a project blue streak rumor.  At noon EST on July 8th, the company announced that they would be working with Nexon to publish a Free2Play Sci-fi PC arena shooter, officially named Blue Streak.

The founders of the company, Cliff Bleszinski  and Arjan Brussee, originally worked together on a game called Jazz Jackrabbit, which launched in 1994.  While the two founders have not worked together in some time, both remained major contributors in the world of video game creation.  Arjan Brussee went on to found Guerrilla Games studio and create the Killzone series. In 2012, Brussee joined Visceral Games (through EA games) as an executive producer.  Cliff Bleszinski stayed at epic games and worked on Unreal Tournament, a series which became a huge success.  He then served as the lead designer for Gears of War, another very successful franchise for Xbox 360.  After finally leaving epic games he announced his retirement, however on June 30th, he announced he would be coming out of retirement to make games again.  He backed up this decision by stating “At the end of the day I’m going back to work because I don’t want to be the guy who “says” things, I want to be the guy who *does* things.”

Nexon is a Free2Play company, located out of Tokyo, Japan and is best known for the game MapleStory.  Known for creating PC games, the company also announced that they will be launching 13 mobile games to their already existing mobile game library.

Despite the big announcement, there was no gameplay or cinematic footage shown.  However, the announcement marked an important event in not only the company’s birth, but also their objective.  The pairing of Bleszinski and Brussee will undoubtedly lead to the creation of great games to come in the future.  The pairing with Nexon states that the company’s primary focus is to create Free2Play games on PC, taking the two founders back to their original roots.