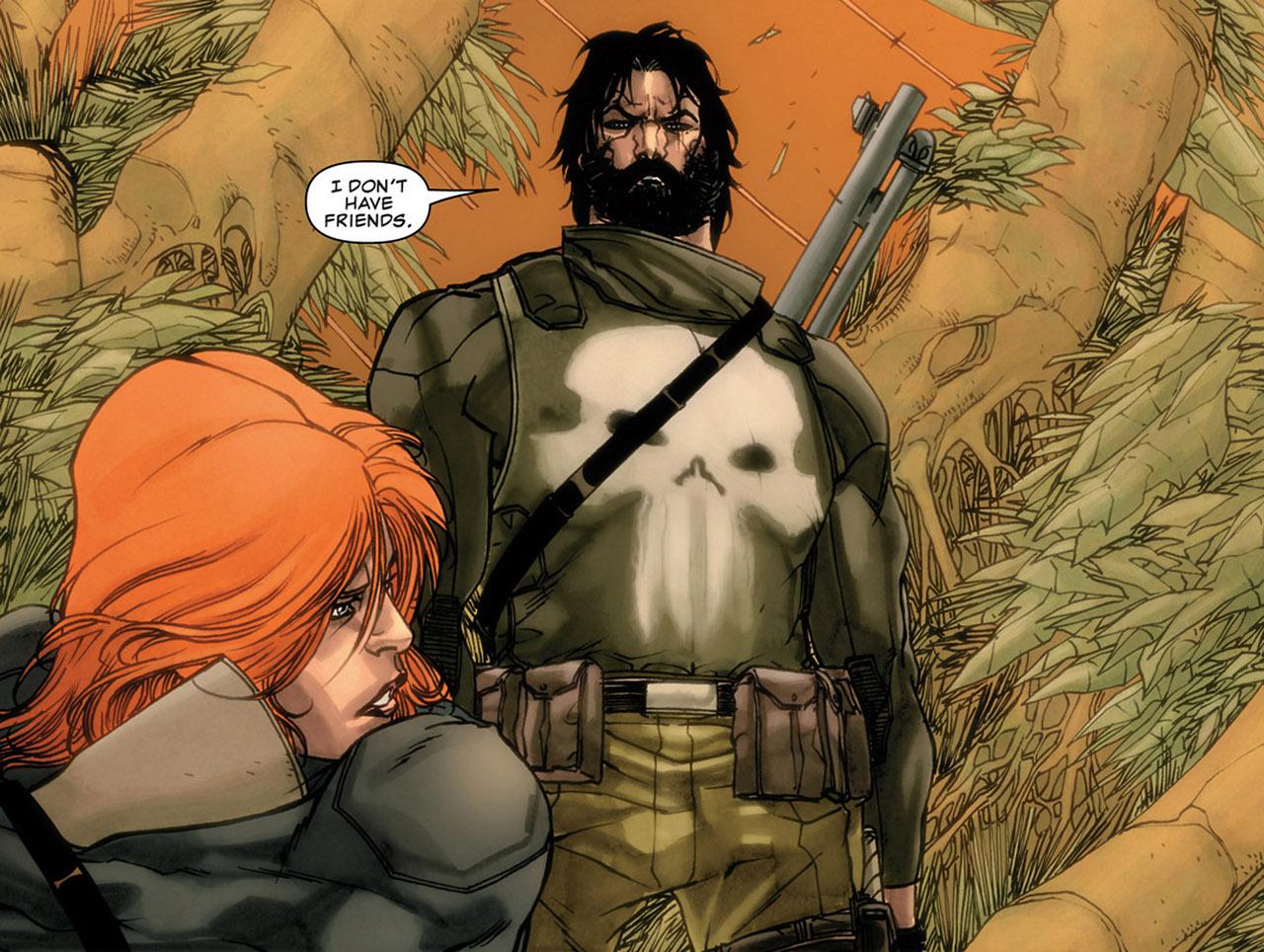 Let’s face it, the superhero movie multiverse is expanding.  Each new success opens up more possibilities for studios to extract our favorite heroes for the silver screen.  And each year we are force fed an array of new characters portrayed by new or old faces in Hollywood that don’t live up to fan and critic expectations.

One particular constant letdown of mine that studios don’t seem to get just right is Frank Castle, better known as the Punisher.  Thrice already we’ve seen him on the big picture and each time the character’s development becomes more and more distant.  First personified by Dolph Lundgren in 1989, some of us nineties children will testify that it was by far the closest attempt.  In one of the better performances in his career, Mr. Lundgren delivered the classic guy-dressed-in-black leather-beat-em-up and shoot-em-up action thriller that soon was forgotten.  Then in 2004 we were given Thomas Jane, who to me resembled a dorky dad on the cusp of a mid-life crisis trying to attend his son’s garage band concerts.  And lastly in 2008 Ray Stevenson attempted to revitalize the character by returning to the Frank Miller inspired grittiness, but with poor direction and a sloppy script the only ones punished were our hopes of another Punisher reboot.

But alas, we’ve entered the second decade of the new millennium and a new standard for our comic movies has been set.  Hollywood by now seems to have embraced an old saying that my college professor berated into our young writer minds:  character above all else.  Since Marvel has acquired the film rights to Punisher and can implement him in a world where pre-existing superheroes roam the skies and streets, a reboot is necessary considering Stevenson is garbed as Volstagg and Thomas “Plain” Jane is, well, plain.

Who shall carry the grief and bear the mark of the reaper?  Which actor out there in movie or T.V. land is balanced enough to be Marvel’s reckoning deliverer of death?  I say the answer has been in front of us all along.  My bid for the Punisher is none other than, pause for effect, Jon Hamm.

Can Jon Hamm Do It?

Let’s delve deeper into this a bit more.  Hamm from what I’ve seen of Mad Men and in retrospect in other films such as Friends with Kids can carry inner turmoil while simultaneously stealing the scene with his brooding charm and deep tone.  Among the many reasons why previous Punisher reincarnations failed is because they oversimplified Frank Castle as a silent stalker wielding dual Berettas and mean mugging his victims with little or no dialogue.  This may be a stretch to some fanatics, but I’ve always felt that Punisher is Marvel’s answer to Batman.  Both have undergone traumatic devastation and both have come to mental breaking points again and again.  Both have to reside in a world filled with super powered allies and adversaries, yet both hold their own despite their human weaknesses.  A Marvel rebooted Punisher with Hamm at the lead will bring true dimension to what really is a broken man with an arsenal and a relentless drive not for vengeance, but the idea that no bad deed goes unpunished.

Also, standing at 6’2 the wide framed Hamm can physically fill the boots.  With his masculine jaw the man can rock a mean beard or go clean cut, both of which can be helpful to Frank Castle.  Hollywood producers have their fair share of personal trainers and programs that successfully beefed up stars like Evans, Hemsworth, and Cavill, so whipping Don Draper into a Marine Recon physique will hardly be a challenge.  Possibly what could be Hamm’s best physical attribute is his maturity.  While the Punisher in the pages is a Vietnam vet, a modern revision can place Castle among the sands of Iraq or Afghanistan or as a MARSOC operator on declassified missions.  Make him a higher rank such as Master Sergeant and you’ve got yourself a seasoned vet who has the authority to grow a grizzly beard in uniform and shave and slick back in true classic Punisher form.

While these are just my suggestions for a Marvel reboot, I feel comfortable given their steady rate of success.  From mixing Television’s best such as the Russo Brothers and Chris Pratt with Hollywood’s elite like Bradley Cooper and Jeff Bridges, the soon to be Punisher reboot won’t disappoint…well at least not as much as the last three.  I only hope for a modern take without that “life is peachy before the murder” intro we’ve seen in 2004’s The Punisher and 2007’s Death Sentence.  Anyone with kids can vouch that having children, especially in their teen angst, is everything but rainbows, sunshine, and unicorns.  If they build upon an already broken home in the Castle residence, throw in a missed opportunity like rekindling a father and son bond or salvaging a marriage, and then a tragedy, God help those responsible for Jon Hamm’s lost sanity.

Who do you think the Punisher should be?

I could see Hamm itd be one hell of a transformation. The latest comic has him as a OIF AND OEF VET.( by greg ruca) Which is a good start. The animated series has a decent take on him https://m.youtube.com/watch?v=B601-mSssJk.
But I actually like Thomas Jane has he was passionate about the movie and still is to this day. He was just shafted as the movie had no idea what it wanted him to do . Is it a R movie or a PG13 movie and it gave no real back story. https://m.youtube.com/watch?v=bWpK0wsnitc