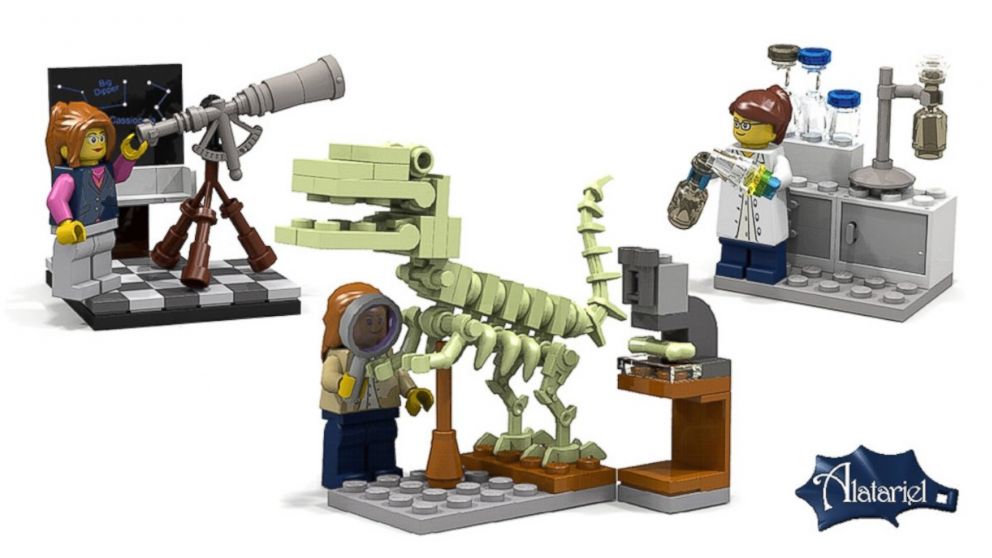 Who Runs The World? GIRLS!

Anything boys can do, girls can too. Don’t believe me? Well, say hello to a new addition to the LEGO family: an all-girl LEGO science set. No, these figurines will not be in the kitchen or decked out in pink (sorry!). The set features a paleontologist with a dinosaur skeleton, a chemist in a lab, and an astronomer with a telescope.

With the help of LEGO Ideas, an arena for LEGO lovers to gather, discuss, and vote on newly-pitched LEGO projects, and Dr. Ellen Koojman, geochemist from Stockholm, Sweden and brains behind the girl-friendly set, the proposal moved forward after receiving 10,000 online supporters—in order to qualify for review you must receive 10,000 votes. After appealing to the LEGO community worldwide, a team of marketing representatives and designers began the process of production, drafting concepts to increase the visibility of females taking on traditionally male driven careers specifically in the fields of science, technology, engineering and math.

Dissatisfied with LEGO’s not-so-endearing representation of females, Koojman posted a blog describing what inspired the all-female science set. “As a female scientist I had noticed two things about the available Lego sets: a skewed male/female minifigure ratio and a rather stereotypical representation of the available female figures,” wrote Koojman. “It seemed logical that I would suggest a small set of female minifigures in interesting professions to make our Lego city communities more diverse.”

Several months ago, a trip to a local toy store prompted disgruntled 7-year-old Charlotte Benjamin to write an impassioned letter to LEGO, explaining her dissatisfaction with gender stereotypes found in many of their products. Based on Charlotte’s poignant observations, “all the girls [just] sit at home, go to the beach, and shop, and have no jobs…but boy LEGOs go on adventures, work, save people and have jobs. Why are there more Lego boy people and barely any Lego girls?”

After all, LEGO’s attempt to market Disney Princess-themed sets to young girls proved to be one-dimensional and stereotypical. Online petitions soared and called on LEGO to discontinue stereotypical portrayals of women. Of course, relying on Cinderella, Ariel, Rapunzel, and other less fulfilling roles for female toys further strengthens the arguments of Benjamin, Koojman, and those alike, sparking national debate surrounding how marketing gender stereotypes in toys impacts children.

“Toy companies possess an enormous power to shape what children are socialized to accept as normal,” wrote Maia Weinstock, editor and writer for Scientific American, “especially when it comes to gender roles.”

Should we celebrate this step towards including accurate depictions of women rather than gender-skewed portrayals of positions for women? According to Weinstock, LEGO has a long way to go—what about including minifigs of color? Of course LEGO’s all-female set is long overdue, but it is important to note that this is one of many steps towards confronting issues of diversity and representation in children’s toys.

The LEGO female science set is due to be released in August 2014.