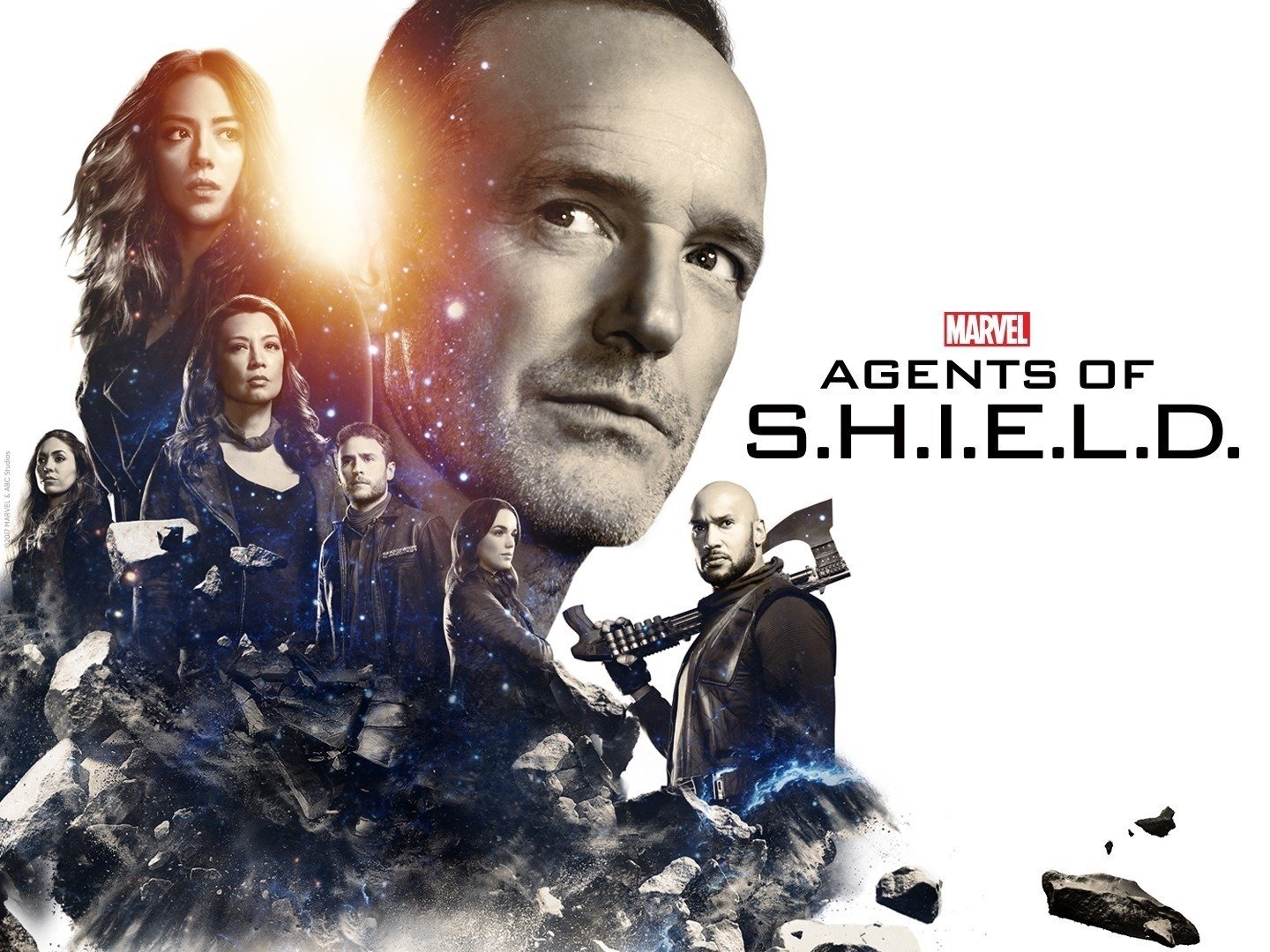 Agents of S.H.I.E.L.D. is back with its fifth season and this seems to be another great one, which is more than I can say for its sister series Inhumans. If the new adventures have you wanting more, here are some comics you should read next.

In 2014, Marvel launched a new series to tie-in to the Agents of S.H.I.E.L.D. TV series. Instead of being a cheap tie-in, S.H.I.E.L.D. (the comic) was a really fun, although short-lived, series set in the comics universe. Comics legend Mark Waid (The Flash, Black Widow) took Phil Coulson’s love of Cap from the movies and turned it into full-blown superhero obsession. Coulson became the go-to guy for the history of superheroes, knowing them better than they know themselves. Jemma Simmons, Leo Fitz, and Agent May from the show round out the team. 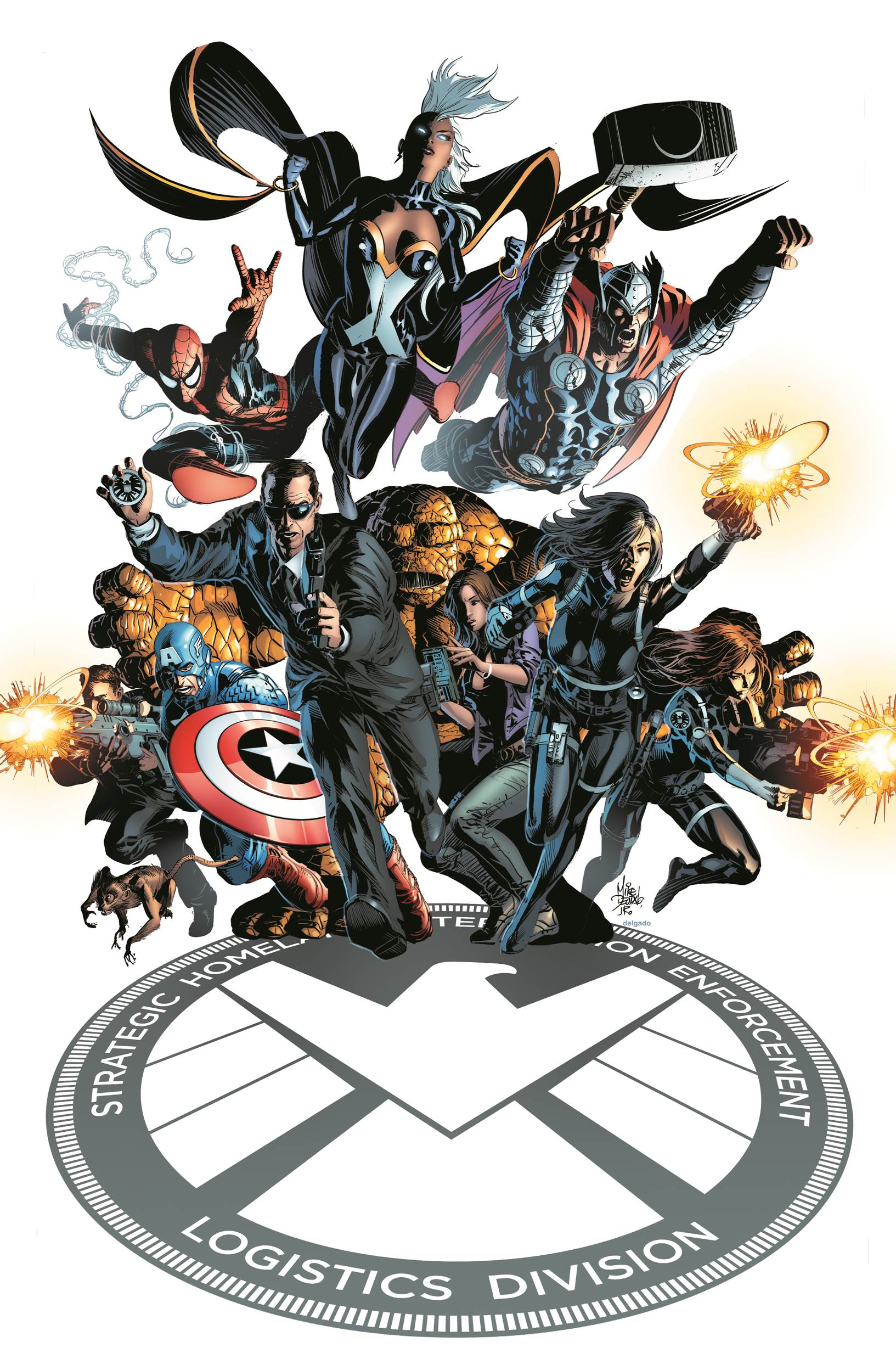 Every issue features a different artist and a different superhero, letting you see the team-ups you always wanted from the show. The second volume delves into secrets of S.H.I.E.L.D’s past, and Daisy Johnson (Quake) joins the team. As a tie-in to the show, it got ignored or lambasted by a lot of hardcore fans. Which is a shame because it made continuity deep dives while remaining accessible to new readers.

Volume One introduces Grant Ward and a conspiracy to take down every superhero that seems to come from the mind of Phil Coulson. In Volume Two, Coulson is fired from S.H.I.E.L.D. and Elektra takes over the team. While not as good as the Waid series, it’s a decent enough read if you really like the characters. If you’re a shipper, there are some really interesting pairings. Available in two volumes.

S.H.I.E.L.D is no more, but Hydra still exists. Nick Fury and an underground group of superhumans take the fight to Hydra while a new threat, Leviathan, surfaces. It’s a really great series with lots of characters who would be featured in the show. Available in two paperback volumes and digitally.

There is also a recent relaunch of the series written by Matthew Rosenberg (4 Kids Walk Into a Bank) with art by Javier Garron (Legendary Star-Lord), made up of popular Inhuman characters such as Ms. Marvel, Moon Girl, and Quake. 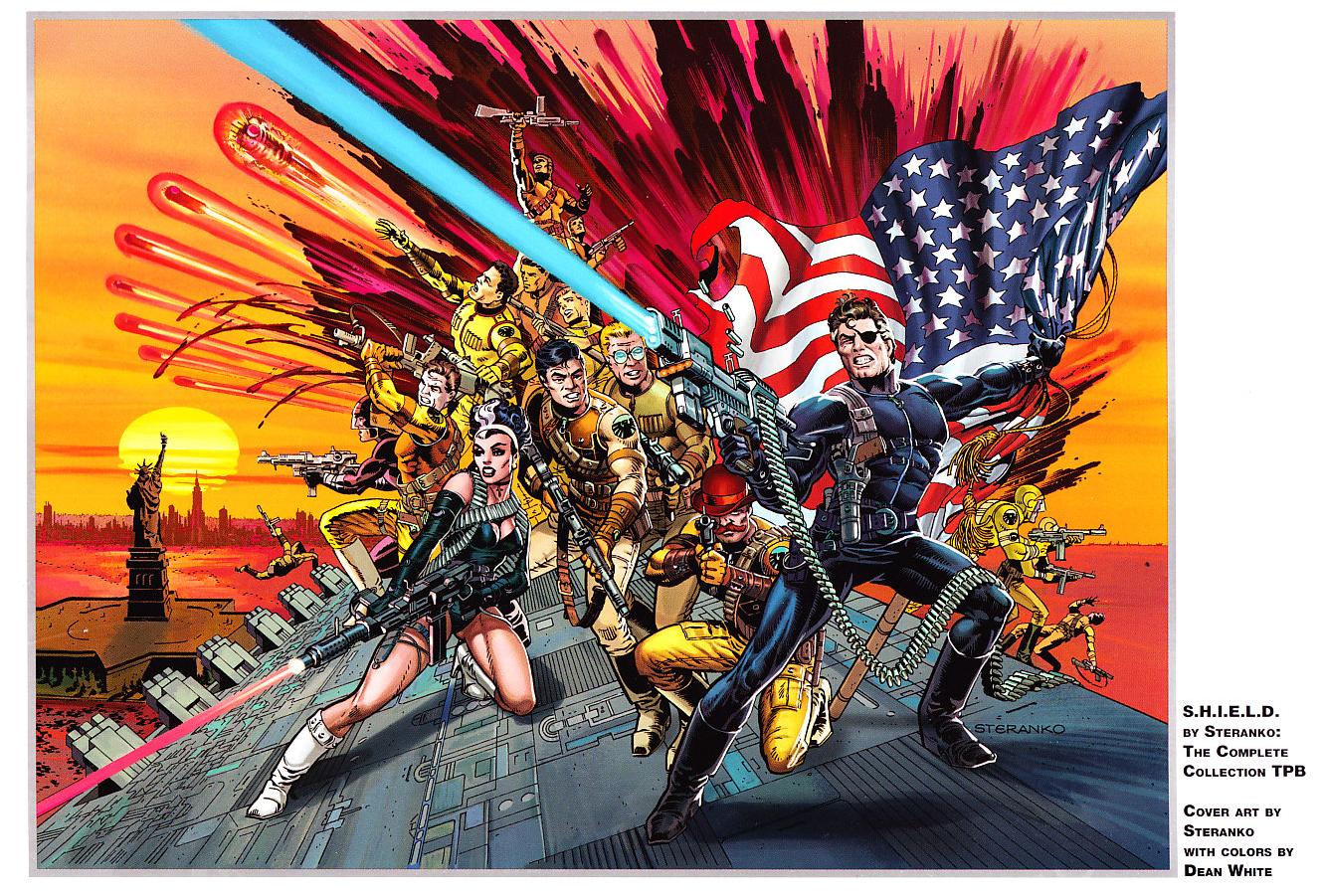 As great as Samuel L Jackson’s Nick Fury is, he doesn’t actually do that much. In the original comics by Stan Lee and Jack Kirby, Fury was THE spy. Fury started out as a war comic, but they moved the character to a spy series once the original ended. Nick Fury: Agent of S.H.I.E.L.D had some of Kirby’s most far-out technology. This 60’s pop art masterpiece is available in one paperback volume.

Kirby left the book and Jim Steranko, who inked some of Kirby’s last issues took over as penciller and eventually, writer. He added a trippy surrealism to  S.H.I.E.L.D.’s sci-fi spectacle. Steranko drew the return of Hydra and pulp villain, the Yellow Claw. Steranko’s well-regarded run is available in one paperback. The complete Lee/Kirby/Steranko run is available in one hardcover omnibus. 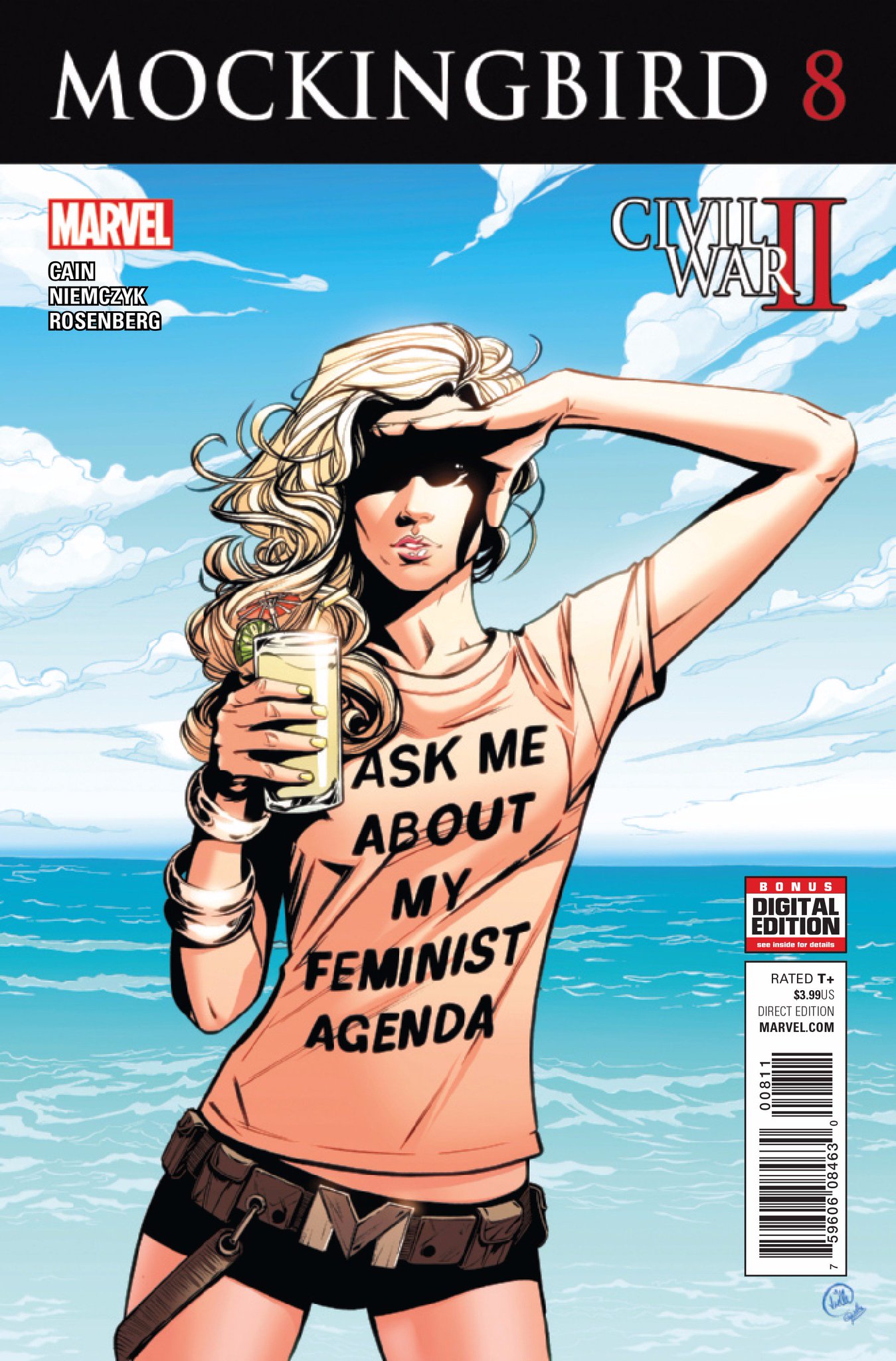 One of the show’s best characters was Bobbi Morse, known in the comics as the superhero, Mockingbird. New York Times bestselling writer Chelsea Cain (Heartsick) wrote the Mockingbird one shot for the aforementioned 50th Anniversary series with Joëlle Jones (Lady Killer). The issue sold out and was popular enough to be launched as a series with Kate Niemczyk (Faith, Overwatch) on art.

The first story was a puzzle box with the first and last chapters framing the rest. The single issue stories in between filled in the blanks. In the second story, Bobbi grapples with the trial of her ex-husband Hawkeye, while also dealing with a cruise ship murder mystery. The series was defined by Bobbi’s reality. The stories may not be “factually” correct, but they’re Bobbi’s truths. That strong characterization, as well as Cain’s sense of humor, made it a series fondly remembered by its fans.

Unfortunately, even though paperback sales were solid, Marvel canceled the series based on low sales of the single issues. You can get it and the one-shot in two paperbacks and digitally.