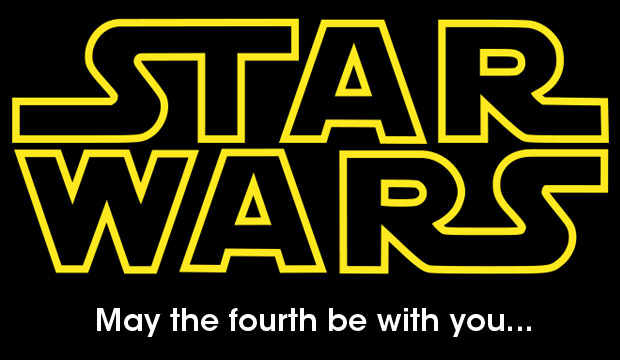 There are a lot more reasons to look forward to Star Wars Day than making the really bad pun, “May the Fourth be with You!”

The popular “nerd” TV series, Big Bang Theory, will be featuring a special Star Wars episode for May the Fourth. The show has teamed up with Lucasfilm itself to produce the episode, which is set to air May first. The new episode, which is entitled “The Proton Transmogrification,” is a reference to the previous episodes “The Proton Resurgence” (from season six), and “The Proton Displacement” (from season seven), which both aired last year. The upcoming episode will feature Bob Newhart as a Jedi Master, and special effects of the planet Dagobah, provided by the Lucasfilm special effects team.

The official Star Wars website has helpfully compiled a list of places that will be having sales for fans to celebrate Star Wars Day. It includes Amazon, the Disney Store, and Lego to name but a few. To add to the Star Wars Day paraphanelia, be sure to also check out the extremely creative site, Think Geek. You know, in case you ever want a Death Star Tea Strainer, or a Lightsaber Umbrella.

The official Star Wars Youtube channel just released a video to create hype for May the Fourth. The video features an adorable montage of R2-D2 patrolling what looks like the Air and Space museum, and trying to unblock the transmission. It also features NASA flight engineer Rick Mastracchio, who hints that Star Wars will have a special message for Star Wars Day next week. Could Star Wars, or rather, Disney, be preparing to release information about the upcoming film?

Actress Carrie Fisher, best known to us as the original Princess Leia, has already hinted that the original trilogy of actors from episodes IV, V, and VI are coming back for the seventh installment. We’re not sure what role Fisher, Harrison Ford, and Mark Hamill will have in the film, but it seems likely that they will be pushing the future episodes off to new, younger heroes. Little else is known about casting at this point, except that, according to The Hollywood Reporter, Peter Mayhew will return as Chewbacca. However, rumors have been circling the web that director J. J. Abrams will be making reveals on this upcoming Star Wars Day. If this rumor proves to be true, the updates will probably concern casting for new roles in the movie. As far as plot goes, Lucasfilm has announced that “all aspects of Star Wars storytelling moving forward will be connected.” The new episodes will remain faithful to the plot of the first two trilogies, as well as the TV series Star Wars: The Clone Wars.

Director J.J. Abrams says, ‘We are so excited to finally share the cast of Star Wars: Episode VII. It is both thrilling and surreal to watch the beloved original cast and these brilliant new performers come together to bring this world to life, once again. We start shooting in a couple of weeks, and everyone is doing their best to make the fans proud.'”