Home Gaming Everything We Know About Zelda: A Link to the Past 2
Gaming

Everything We Know About Zelda: A Link to the Past 2 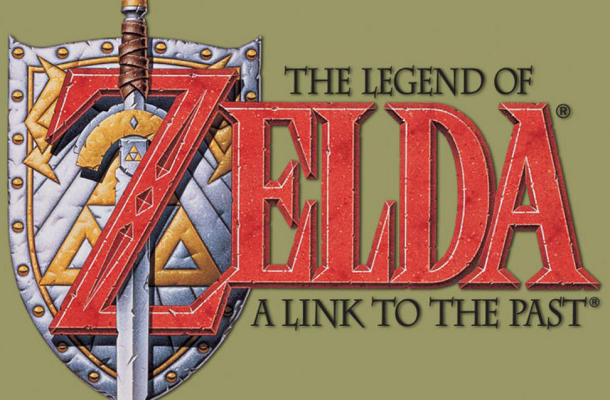 The announcement of a brand new Legend of Zelda game for the Nintendo 3DS was one of many big reveals made in Nintendo’s PR video Nintendo Direct a few weeks ago. But it wasn’t just the fact that a new Zelda game is on the way that got fans excited, it was the fact that it would be a sequel to the classic Super Nintendo game The Legend of Zelda: A Link to the Past.

We’ve rolled up all the details and speculation right here on Geek Insider in Everything We Know About Zelda: A Link to the Past 2.

The new game is set in the same world as Zelda: A Link to the Past

The original Nintendo Direct video clearly explained that while Zelda: A Link to the Past 2 may not be a direct sequel to the original Link to the Past, it will take place within the same world. Those familiar with the series will know that most Zelda games occur at different time periods or even different dimensions, each containing different incarnations of Link, Princess Zelda and other key characters. 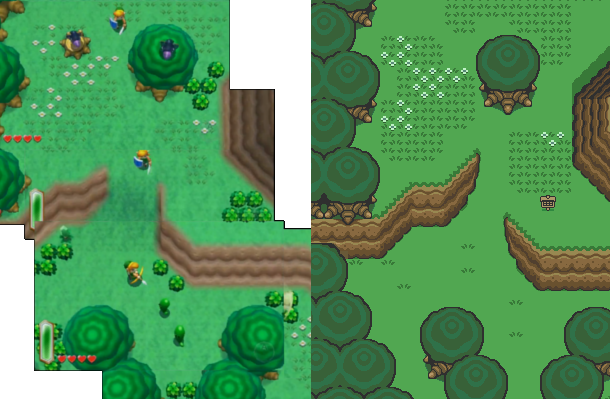 Are the two games’ similarity a big Nintendo ploy?

The dungeon shown in the game play footage will also look familiar to Zelda fans as the Tower of Hera which sits upon Link to the Past’s Death Mountain. The layout of the dungeon isn’t the same, but the puzzles are similar, the enemies are identical and the colorr scheme aesthetics are the same. It has also been recently confirmed by long time Zelda series producer Eiji Aonuma that Link to the Past’s alternative reality the “Dark World” will be a major component of this new 3DS game.

Personally, I think that this new game looks too similar to the original Link to the Past, so much so that the game play footage shown is intended to reel in Zelda fans before laying down a great new adventure.

My theory is that the game play shown so far of this new Zelda game is simply prelude to a brand new storyline and new locations. The reason I suspect this is that the game shown looks incredibly easy, with even the dungeon’s boss being taken down in just a few hits. I suspect that the first half hour to an hour of game play will ease new players into the game before the completely original content is made available. Nintendo is the absolute gaming kings of nostalgia and sell millions of game titles every year purely off the back of their iconic IPs. The Legend of Zelda is no different.

It can be seen that many of the items Link will have available to him in Link to the Past 2 are also present in the original Link to the Past. In the gameplay footage, we’re shown the use of Link’s sword, shield, bow and hammer. Even the magical, beam-shooting Master Sword is back in full swing. These weapons may seem familiar, but the way in which they’re used is a little different.

Most of the optional items now draw from the same green magic bar which is present at the bottom left of the screen. For example, every time the bow is used it slightly reduces the amount of available magic. The advantages of this system is that players will no longer have to search for additional arrows to use. The disadvantage is that the magic bar is shared with the hammer as well as Link’s interesting new ability: merging with the walls as a drawing. 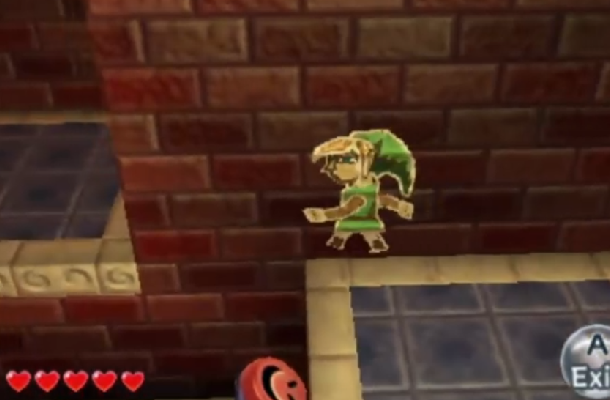 The Nintendo Direct Zelda video left out a considerable amount of focus on the new game mechanic of being able to attach to walls and move along them. How exactly Link gets this peculiar ability to turn into a drawing is unknown, but if my aforementioned theory holds true then it’ll likely to be granted to Link early on in the game.

Zelda: A Link to the Past 2 will fully utilise the Nintendo 3DS’ capabilities

This brand new Nintendo 3DS game will of course be the first original Zelda title to appear on the popular hand held console. As such it’ll likely feature a range of 3D based game mechanics and other visually pleasing 3D effects.

Nintendo have officially stated that Zelda: A Link to the Past 2 will feature a lot more vertical movement than previous top-down Zelda games, with players frequently jumping up and down different dungeon floors and bouncing over gaps. The 3D effect will also come into play with the new wall merging ability which, when used, changes the player’s perspective of their environment, revealing hidden routes that would otherwise be obscured.

So far The Legend of Zelda: A Link to the Past 2 looks to be a classic Zelda experience, but with flashy new visuals that utilise the Nintendo 3DS’s capabilities. It is a little concerning to see just how similar this new game is to the original Link to the Past, but here’s hoping Nintendo will reveal lots of interesting new details in the run up to the game’s release this winter.

Do you have your own theories as to where in the Zelda timeline this game sits? Do you subscribe to the notion of a Zelda timeline at all? Let us know in the comments section below!

How to Lock Individual Apps on Android