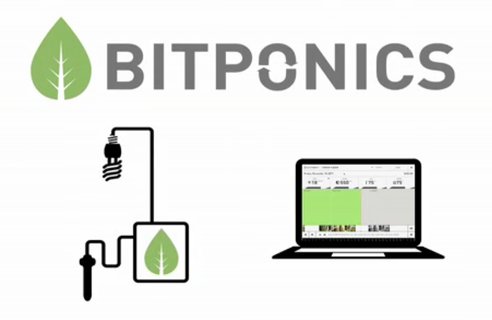 About two years ago, I got the chance to check out MoMA’s Talk To Me exhibit, a really interesting show playing with everyday objects and communication. The entire show was engaging, but I was most struck by Botanicalls. 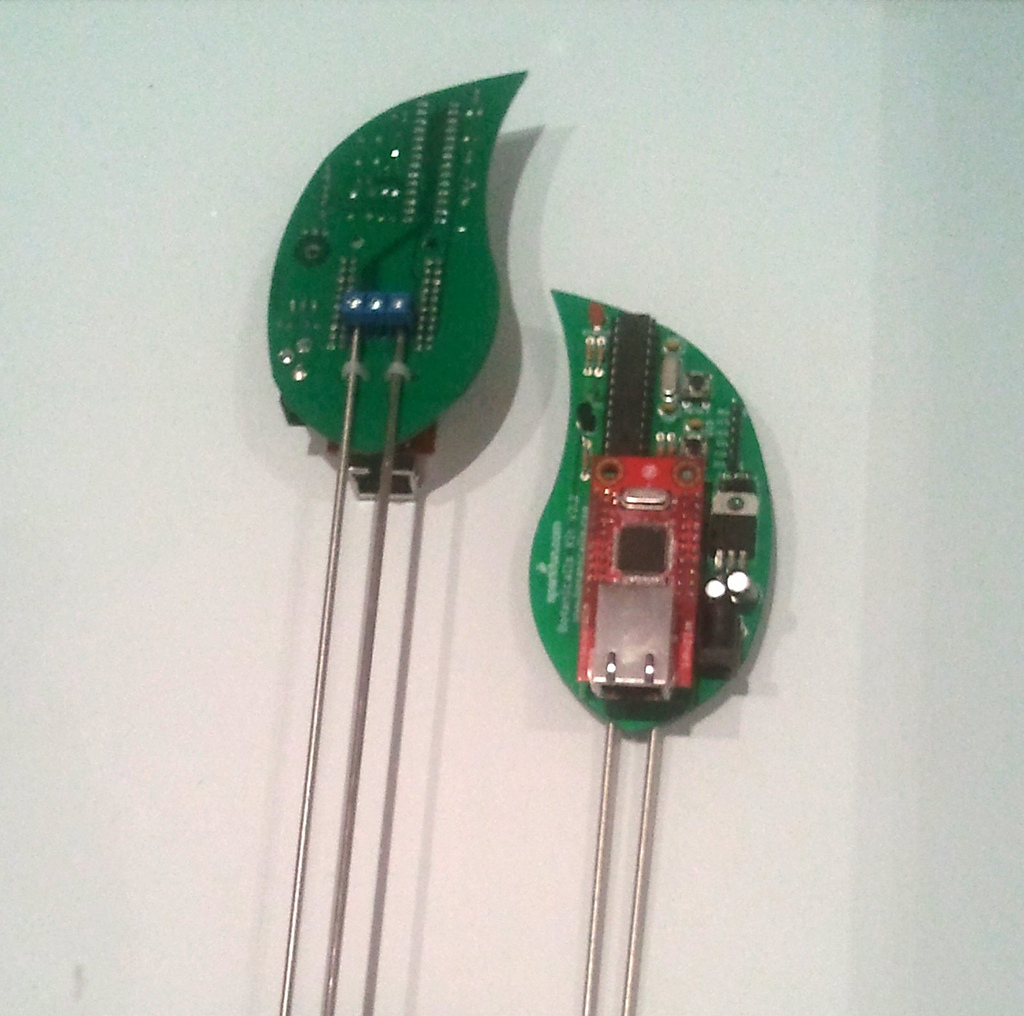 (Excuse the quality of the cell phone snap — if I had know I’d be writing about it in two years, I would have spent more time on the photo!) These use a sensor in a houseplant’s soil to determine moisture level. When the plant needs to be watered, the Botanicall will tweet or text that, and, once it’s been watered, then tweet or text to thank the gardener. It seemed like a great way to remember to water the plants, plus how great would be it if your plants thanked you for it?

TechCrunch Disrupt’s new startup BitPonics offers a similar service for hydroponic gardeners. BitPonic sensors monitor the garden’s stats, and will make changes based on the user’s predetermined growth plan. Is it time to add fertilizer? Is the water too acidic? Is it warm enough for the best plant growth? BitPonic will notice and correct for that by using connected gardening accessories.

The Bitponics Base Station comes with the following sensors:

Plus, users can monitor their garden’s progress from the tablet app. Which reminds me… I hope my fiance’s watering my plants while I’m in New York for TechCrunch!

At $499 for the base station, plus extra for the web app, and that doesn’t include the actual hydroponic garden, plants, or gardening materials, it’s a bit steep for most windowbox herb gardeners, but an amazing proof-of-concept for future tech-improved gardening.

efemr is a new web app allowing users to post time-limited tweets by adding a timestamp hashtap, like #5m for a five minute Twitter lifespan. At the end of that time, efemr deletes the tweet. The site also promises that efemr will backup and archive these ephemeral tweets, to allow users to republish or reread any of them later. This way, users can #10min their drunk tweets, to avoid being embarrassed in the morning! It does not, unfortunately, delete a thoughtless post from a reader’s memory…

While at first glance, efemr brings to mind Twitter parody Flutter, it also raises questions about the importance of time-limited tweets. We’ve all seen politicians putting their feet in their mouths over thoughtless tweeting, and discovering too late that when one puts on the internet is visible to everyone.

The fact that an efemr tweet is time-limited when it’s written, though, implies that tweeters KNOW what they’re saying isn’t making them look good, but want to say it anyway. There’s an interesting difference from rereading something one has posted online, with the benefit of hindsight, and deleting awkward comments or deciding as you’re writing that the message is not something you want to be associated with. I’m sure we’ve all reread things and wished we’d never hit publish, but efemr lets users hit send and know their message will vanish at a set time.

Would you make use of this? Do you think efemr would help you protect your online image? How do you make sure an funny-at-the-time tweet doesn’t come back to haunt you?