Eternal Sonata is one of a handful of Japanese role-playing games available on the Xbox 360. Despite having little competition, the tri-Crescendo title stands out as one of the most beautiful and engaging RPGs of the last generation. Since its release in 2008, Eternal Sonata has received widespread critical praise, sporting scores of 80% and above across the board. Players’ opinions about the game run the gamut from love to outright hatred, however.

Seven years after the game’s release, with a new generation of consoles on the rise, I decided to give Eternal Sonata a playthrough. I wanted to find out for myself who was right: the dreamers or the haters? I won’t lie: this game has its faults, but it also possesses unique qualities, the merits of which outweigh its rough edges. Here’s a retrospective look at Eternal Sonata. 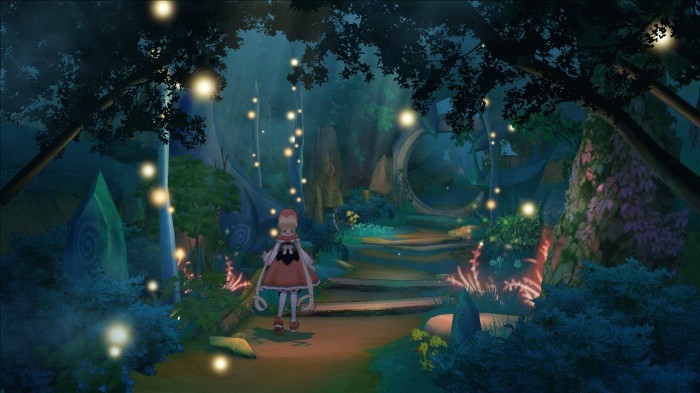 First things first: Eternal Sonata is a gorgeous game. Of course, cel-shading tends to age well, and the game would still be beautiful if that were all it had to offer in the graphics department. However, Eternal Sonata also features paintings and photographs of prominent locations in Frédéric Françoise Chopin’s life, which – while not as fantastical as explorable, in-game locales – certainly don’t diminish players’ experiences.

Eternal Sonata‘s harshest critics have found fault with the game’s plot development. Like many JRPGs, the story here requires more suspension of disbelief than some players will allow. Eternal Sonata is all about questioning reality: are the game’s cast members real or are they simply fabrications of Chopin’s dying mind? There are few ways to tackle a plot like this one, and Eternal Sonata‘s method is not perfect, by any means.

There were times when I wondered why Eternal Sonata needed Chopin at all. The game relies heavily on a fictionalized account of Chopin’s life, which is not only revealed to the player via cutscenes throughout the game, but also drives the narrative behind a thick allegorical coating. Frederic would certainly be more relatable to most players if they were not expected to think of him as a historical figure. The in-game events based on Chopin’s life are so heavily concealed with whimsy that a mere mention of the man as a source of inspiration would have sufficed. Despite this, had tri-Concerto not morphed the real-life Chopin into a video game character, the looming possibility of a ’twas-all-a-dream outcome would have been trite. Eternal Sonata, unfortunately, needs Frederic.

Frederic isn’t the only character who lacks relatability. Most – if not all – of Eternal Sonata‘s cast members fail to connect with its audience, largely because the game’s story rushes between major plot points, without allowing for any little moments of character development in-between. It is in these glimpses of humanity that RPG-players often fall in love with a game’s cast, and Eternal Sonata denies us these glimpses entirely. Few of its characters change noticeably in the 20-odd hours of gameplay, and their relationships – both romantic and platonic – are rarely explored.

Eternal Sonata isn’t just a pretty shell cast over an empty experience, but it’s easy to mistake it for one. Hamfisted attempts to inject moral lessons into already rigid conversations make the game feel more like a B-rated children’s special than a title aimed at teens and adults. Director Hiroya Hatsushiba has stated that Eternal Sonata was intended to be a video game for Romantic music fans, but the game’s writing reflects an obvious disconnect between its creators and its narrow demographic. 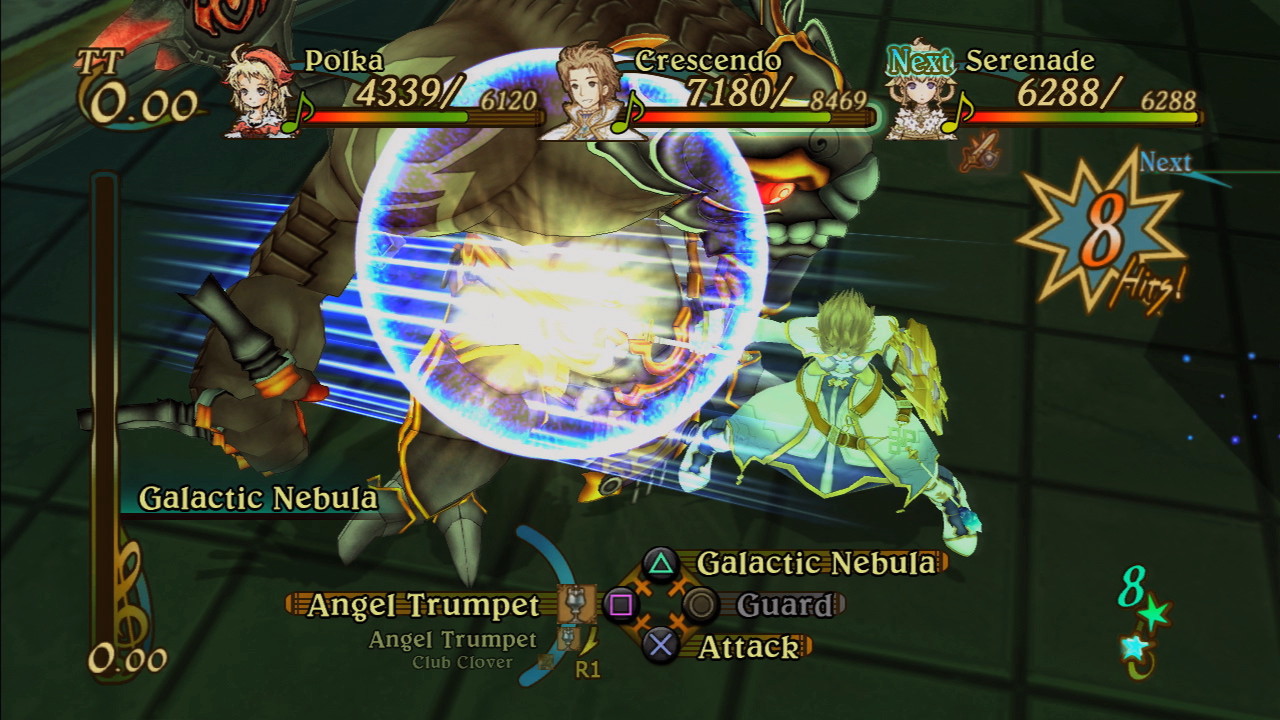 Eternal Sonata‘s saving grace is its combat system. If battles played out in a traditional, turn-based manner, the game would have struggled to earn reviewers’ commendations. Thankfully, tri-Crescendo went the extra mile to include variables – such as light and darkness sensitivity, combo damage increases, and special attack chaining, among others – that keep battles interesting and engaging. Eternal Sonata‘s lack of random encounters gives players the opportunity to bypass fights when their health is low or when they tire of combat. Because experience and gold and plentiful, grinding is rarely – if ever – necessary.

But these gameplay elements have compelled some players to pronounce Eternal Sonata “too easy.” Personally, I don’t know anyone who wants Battletoads: The RPG to happen, because a role-playing game is just not generally the title you grab when you’re looking for bragging rights. The gamers who complain about Eternal Sonata‘s low difficulty threshold are the same people who would complain if they had to grind for hours before every boss fight. You just can’t win with them, and I’m not going to try.

Eternal Sonata isn’t going down in history as one of the best – or worst – RPGs ever made. It’s attractive and entertaining, but it ultimately lacks the blockbuster-quality of a Final Fantasy or Tales title. JRPG-fans looking for a nostalgic-yet-new experience would do well to pick this title up. Even if it isn’t spectacular, Eternal Sonata is still a memorable waltz through the wildflowers seven years later.