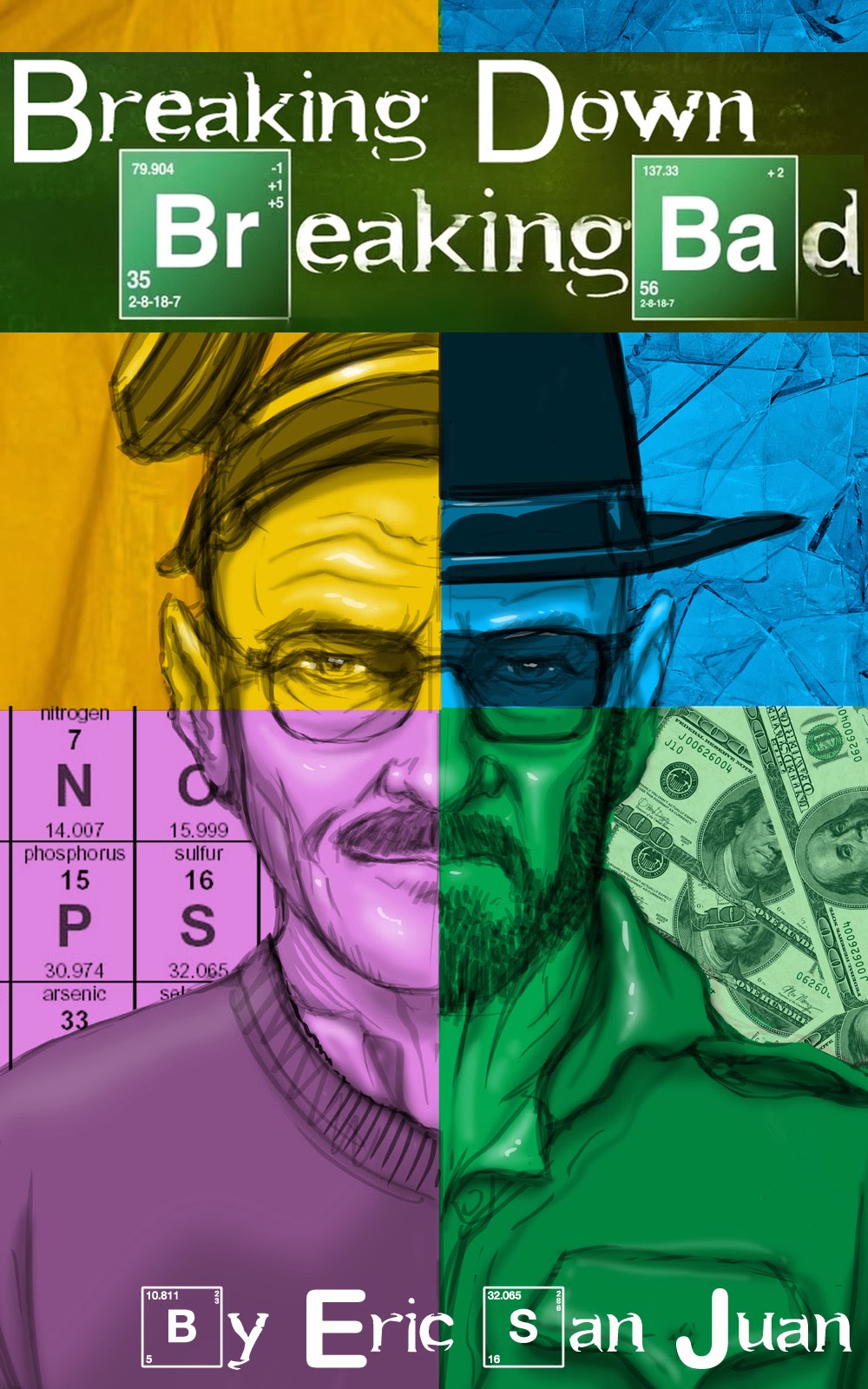 Warning: If you have not watched Breaking Bad in its entirety, you might want to avoid reading this article, as it contains spoilers to the series.

September of 2013 marked the end of Breaking Bad, a show that had fans on the edge of their seats and emotionally attached to America’s new greatest hero-villain, Walter White. The series departed in success and dignity, with cast and crew receiving their well-deserved awards and what is considered to be the closest to perfect finale in television history. After spanning over five years, it brought a story so dynamic that no possible conclusion could leave every question answered. While every fan would love nothing more than to walk up to Vince Gilligan and drown him in these questions, that’s not very likely to happen and restraining orders do exist.

In his book “Breaking Down Breaking Bad: Unpeeling the Layers of Television’s Greatest Drama”, Eric San Juan dissects the series, season by season, with an analytical point of view. With close attention to detail, he gives readers an overview of events, while pointing out things that they may have missed. He makes connections within these events and display how they eventually led to the demise of Walter White. Connections are made behind the scenes as well, with chapters covering the early evolution of the series and how Bryan Cranston broke into his character.

What also makes “Breaking Down Breaking Bad” special is that it was written for fellow enthusiasts of the show. San Juan remains a conversational, yet logical tone throughout his writing. He addresses many of the topics that constantly float around in debates between cult fans of the show. He may even make you think twice and steer you away from the “I hate Skyler White” club. “Breaking Down Breaking Bad” can be purchased here.