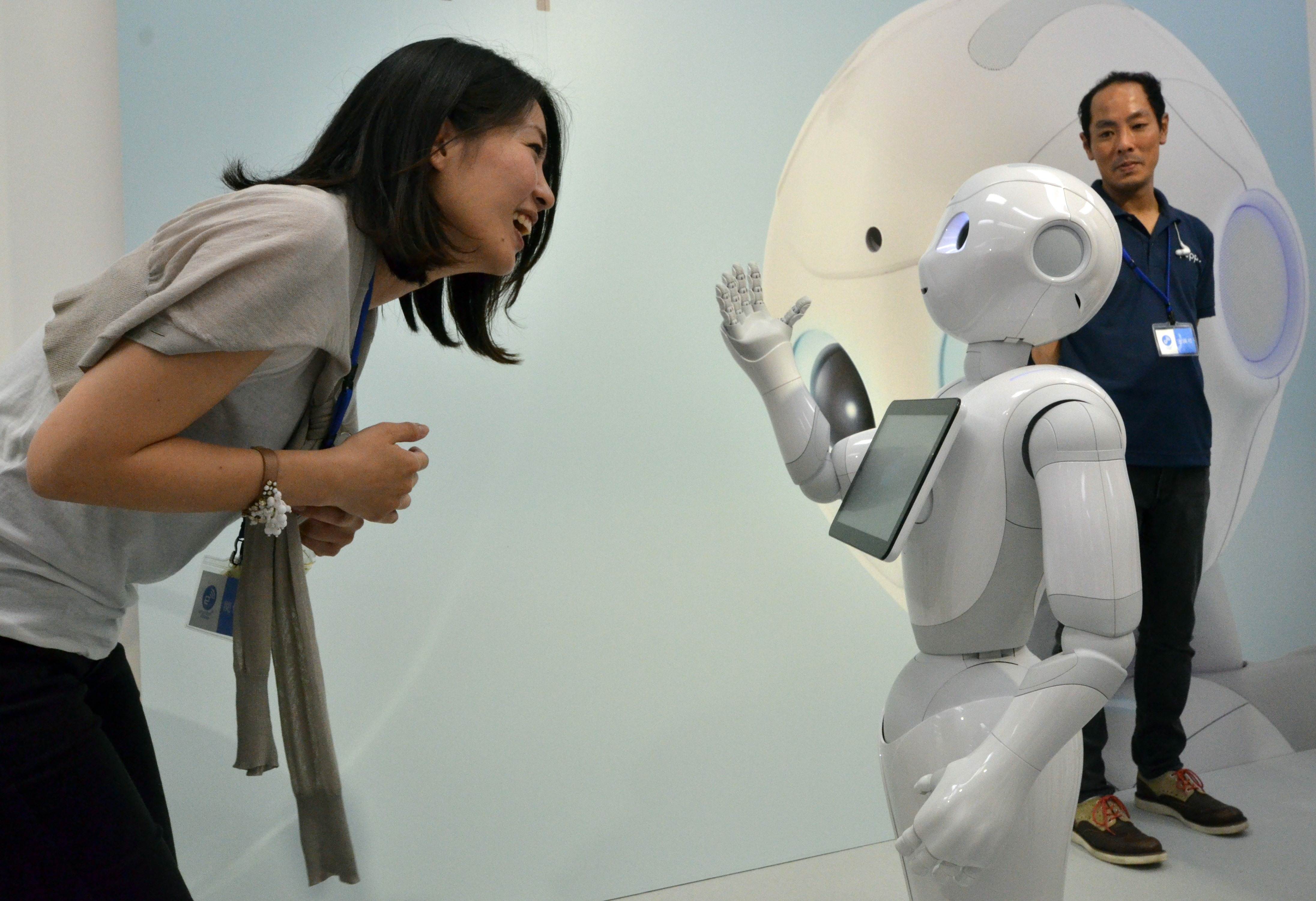 While some people believe robots are heartless, soulless beings bent on stealing our jobs and/or destroying us in the future, one robot may prove them wrong very soon. Masayoshi Son, a Japanese businessman and founder of SoftBank Corp., recently announced that he will be selling a humanoid robot that reads emotions.

How Does The Robot Read Emotions?

Developed jointly with Aldebaran Robotics, a producer of humanoid robots, Son designed the robot to make its human companions feel happy, making it the first “emotion-reading” robot. How? The robot, nicknamed “Pepper,” is programmed to recognize voice intonations and human facial expressions. Additionally, the cute humanoid, which stands at four feet tall, has the ability to dance and joke around with people. Equipped with 12 hours of battery and a laser sensor, Pepper has no legs, but appears much more comforting and friendly than the infamous telenoid robot. Additionally, Pepper has a 10.1-inch display screen attached to its chest, as well as touch sensors built into its hands and its head, enabling it to better interact with people.

Who Is The Robot For?

The robot is expected to be sold at Sprint Corp. stores across the United States. And while the robot’s target audience has not been specified, it was originally built for families and those in the elderly community. SoftBank, the Japanese telecommunications and Internet corporation that controls Sprint and is owned by Son, is rolling out the robot as a part of its efforts to make robotics more available to every day consumers. According to Bloomberg News, the company has received around 300 to 400 inquires about the robot from companies in various industries, including finance and food service. The happy bot is expected to go on sale in Japan for about 198,000 yen, or $1,900. A U.S. price has not been set as of yet.

What This Could Mean For Society

Pepper is the latest robot to hit the news in the last few months. A few weeks ago, a hotel in Cupertino, California recently began using the first ever robot bellhop named A.L.O. Botlr. While not built to read emotions, the robot serves a host of other functions meant to support its human hotel staff. Additionally, the world has seen the arrival of ASIMO, Otonaroid, and a slate of other robots created to make life easier for us in the last decade. With robotics advancing at this pace, this could potentially change the way our society operates. Picture robot baby-sitters, companions for the elderly, robot chauffers, and even robot housekeepers in the near future. This could also mean robot workers taking more and more of our jobs, depending on how society progresses and how we utilize the bots. Regardless of the future, Pepper is a part of Son’s vision to create a world where robots can help humans by increasing their happiness. This includes comforting people in their darkest times of despair, perhaps through the death of a loved one and/or through everyday loneliness. According to a New York Times article from last year, the suicide rate in America for people between ages 35 and 54 jumped by almost 30 percent between 1999 and 2010. According to University of Virginia sociologist Brad Wilcox, suicide is linked to “weakened social ties,” or isolation from others in society. While genuine human connections are extremely valuable, it’s possible that robots may be able to help as well. And while robots are not a sure-fire cure for loneliness or the very serious issue of suicide, artificial intelligence has brought real comfort to people in the past. Hopefully with the creation of Pepper, we’ll only gain a greater understanding of how robots can help society function.