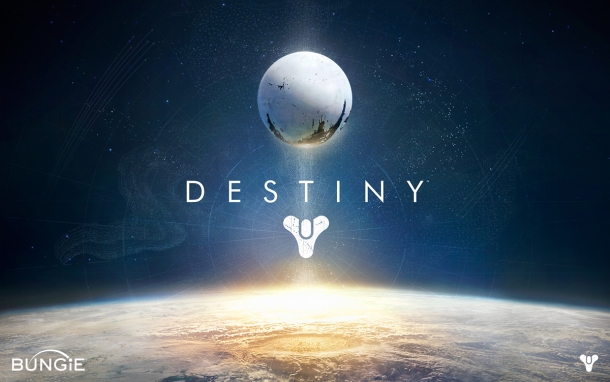 Destiny is finally here! Your destiny, my destiny, everyone’s destiny…. Other wordplay that insinuates this has something to with preordained greatness and not just a videogame!

After an Alpha and a Beta, there’s not too much to sticky beak at in a ‘first look’. By the third time around, is it really that impressive to be woken from a deathly slumber by the voice of Peter Dinklage?

Yes, yes it is a million times, yes.

Destiny in the real, is different from it’s Alpha and Beta incarnations, but not in as many ways as you’d think.

The Alpha and Beta presented a steep learning curve for players. Sure, if you’re good at FPS then you probably loved it. But for the rest of us who were really only hoping to find something to bide our time between now and when Elder Scrolls Online gets released to console (which is somewhere between Somtimember and Neveruary), it was difficult.

Destiny, in all it’s glory, is a lot friendlier to play than it’s testing counterparts. There’s still a lot of scary looking things that want to kill you and presumably eat your face off (I don’t know whether that’s ‘actually’ what The Fallen do. I like to think of them as a cross between Murlocks and Sims). But it does feel considerably easier than the Beta, which had a habit of saying “Oh hai! I noticed you just walked into this place where you can’t respawn, let me throw face eaters at you!”

If I can play this game comfortably, without dying, then more experienced and skilled players may find the first few levels less than challenging.

Movement within the game is incredibly well done. It’s not effortless though. As a friendly warning to those who will play the game soon, be aware of your surroundings and you should get along fine. Think that you’re going to be able to magically back into a corner and not get stuck in some way, well, I did warn you. And I was friendly about it and everything.

There is room for improvement in a few areas The HUD is good, but adds just as much confusion as not having it there in the first place would. I wonder if perhaps it’s real function is to make the players panic when they see the colour red surrounding them on the screen!

The loading times are reasonable, but I’d like to see them get a little faster. I doubt that’s what’s going to happen, with more gamers joining as launch day hits around the globe. I’m also really hoping that it doesn’t turn into a ‘group’ style game where I have to rely on the kindness of strangers (though thank you to the kind strangers who ran around killing bad guys with me). The Destiny world is interesting, I just hope it’s able to be explored solo as well as with friends.

While it’s no stroll in the park, the game won’t leave newcomers to the FPS style of gaming out in the cold. Though, I’ll warn you now, when you do the Body Dropper bounty (100 enemy deaths and you can’t die), the mood of play changes. I swear, every dreg and his shank was out to get me the moment I accepted that challenge!

What about the voices?

I know there’s been some criticism of the voice acting and scripting in the Alpha and Beta, but….eh. The voices are clear, they speak with gravitas when needed and I personally have nothing against Moon Wizards….

If you’ve managed to avoid a lot of the chatter surrounding the Destiny voice cast, continue to do it at least until you’ve played the game for an hour or two. There’s extra fun to be had, trying to remember who’s voice you just heard WHILE being shot at by floating dudes who I am pretty sure are saying some unsavoury stuff in gutterspeak.

I’m writing this at 5 in the morning, with no sleep, having played Destiny since I could install it on the PS4. Maybe in the cold light of day, this game will be found wanting. But for right now, as a first impression of the finished product, it seems like a genuinely solid game. I hope it continues to be a game I don’t ‘have’ to play with others because I’d like to continue playing the game (while being anti-social because that’s the thing I’m good at, DON’T TAKE AWAY MY SKILLS!)

As I’ve said, more experienced and skilled FPS players may find the first few levels to be boring. I found them to be fun and can’t wait to get to the moon (and presumably meet many, many wizards there). But it’s put together well enough that, I hope, all players will find themselves coming back for more.