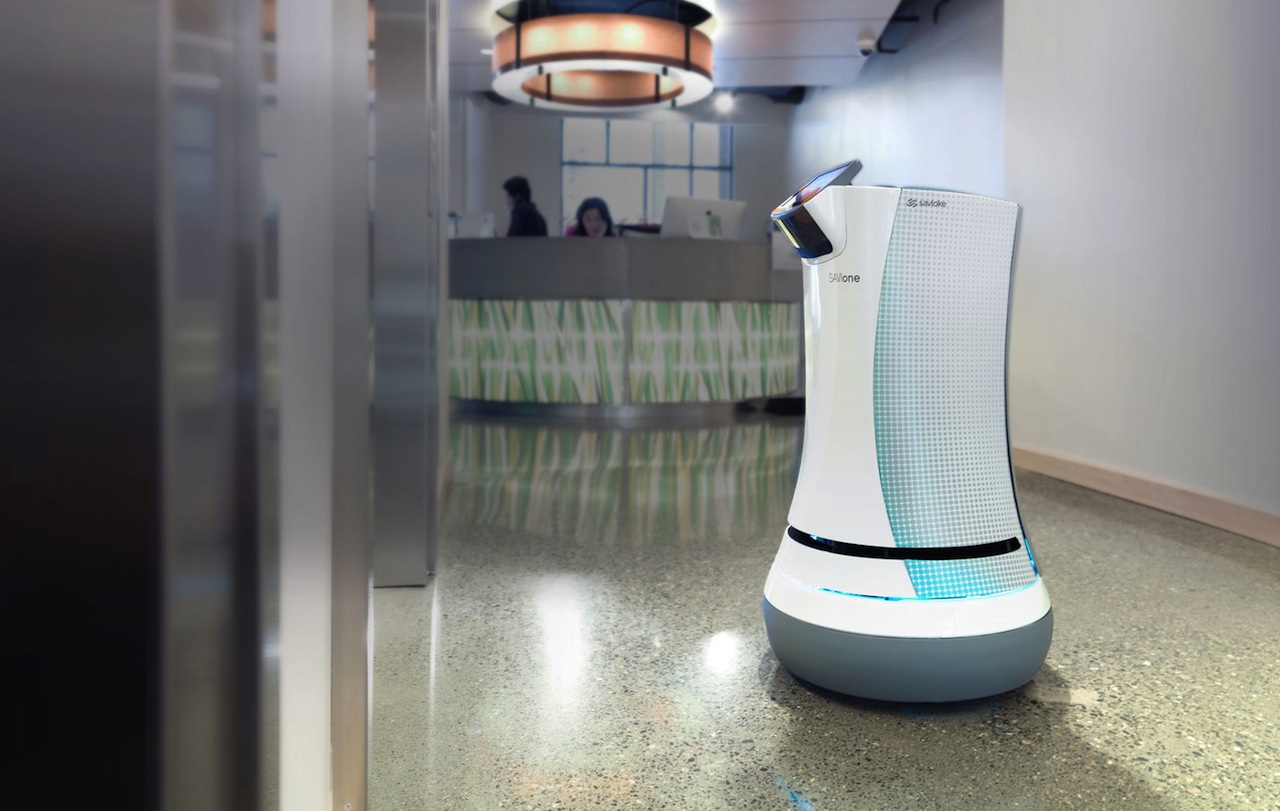 As we move further and further into the twenty-first century, it’s inevitable that some aspects of our lives will begin to match the Jetsons. And in this case, robots may start becoming a part of our daily lives. Step inside the Starwood Aloft Hotel in Cupertino, California and meet the first robotic butler. His name? A.L.O. Botlr.

What Is The Robot?

Created by Silicon Valley company Savioke, the three-foot tall A.L.O. Botlr is the first robotic bellhop. It spends its time assisting its human staff with daily tasks, such as delivering items to guest’s rooms. Just like all of the other employees, A.L.O. is dressed in a hotel uniform complete with a bow tie and a name tag. It began its first day of work a few weeks ago. Many are fascinated with the prospect of a robotic companion facilitating tasks. Not only is it more efficient for the hotel staff, but it also adds a certain novelty to the space that people will want to check out. A.L.O. Botlr can travel at speeds of up to four miles per hour, and even make its way up and down elevators by itself through its use of sensors. When the robot delivers an item to a guest’s room, the robot’s system calls the room and notifies the guest of a delivery. The robot’s eyes are built into a touchscreen. Customers use this touchscreen to message the front desk and confirm that they have received their requested items. However, don’t leave any dollar bills on your pillow for the robot just yet. It only accepts tweets, not tips. Guests can tweet the robot at @AloftHotels.

Will Robots Take All of Our Jobs and Destroy Us?

With all the buzz about robots doing human tasks, some are questioning whether they will completely take over our civilization. After all, we have the ASIMO, which was developed about a decade ago. The android has the ability to run and interact with people, as well as perform a slate of other tasks. There is also the slightly unsettling Otonaroid robot, which resembles a young woman and has the ability to interact with people. And let’s not forget the utterly creepy Telenoid robot, which barely resembles anything other than a blob with a face, but was designed to be a teleoperated, huggable robot. As society progresses, robots will be designed to get more and more sophisticated, perhaps so much so that we’ll actually confuse them for humans one day. Or it’s possible we will know they are robots, but they will be ingrained into our lives like in I, Robot. According to a study from Oxford from last year, 47% of the labor market in the US is allegedly at risk for being wiped out by “computerization.” In other words, a large percentage of jobs could be automated soon. Business Insider even dished out a list of nine jobs that humans could lose to machines. However, others are more hopeful. Like the new robotic bellhop, some believe the machines will not take over our jobs, but rather assist with human tasks. Robots may be able to help with disaster relief, aiding victims of earthquakes and hurricanes, for example. In these situations, robots have the ability to move into spaces that may be too dangerous for their human counterparts. Perhaps robots will solely be used for travel into space, assisting society in learning more and more about our solar system. Regardless of our fears, it appears robots will not be going away any time soon. So cower and be prepared to be wiped out of existence one day. Or check out BuzzFeed’s comical list of reasons as to why robots will not take over the world.

MSN Messenger Is Completely Shutting Down on October 31st

Nintendo’s Secret Skill: Changing it Up