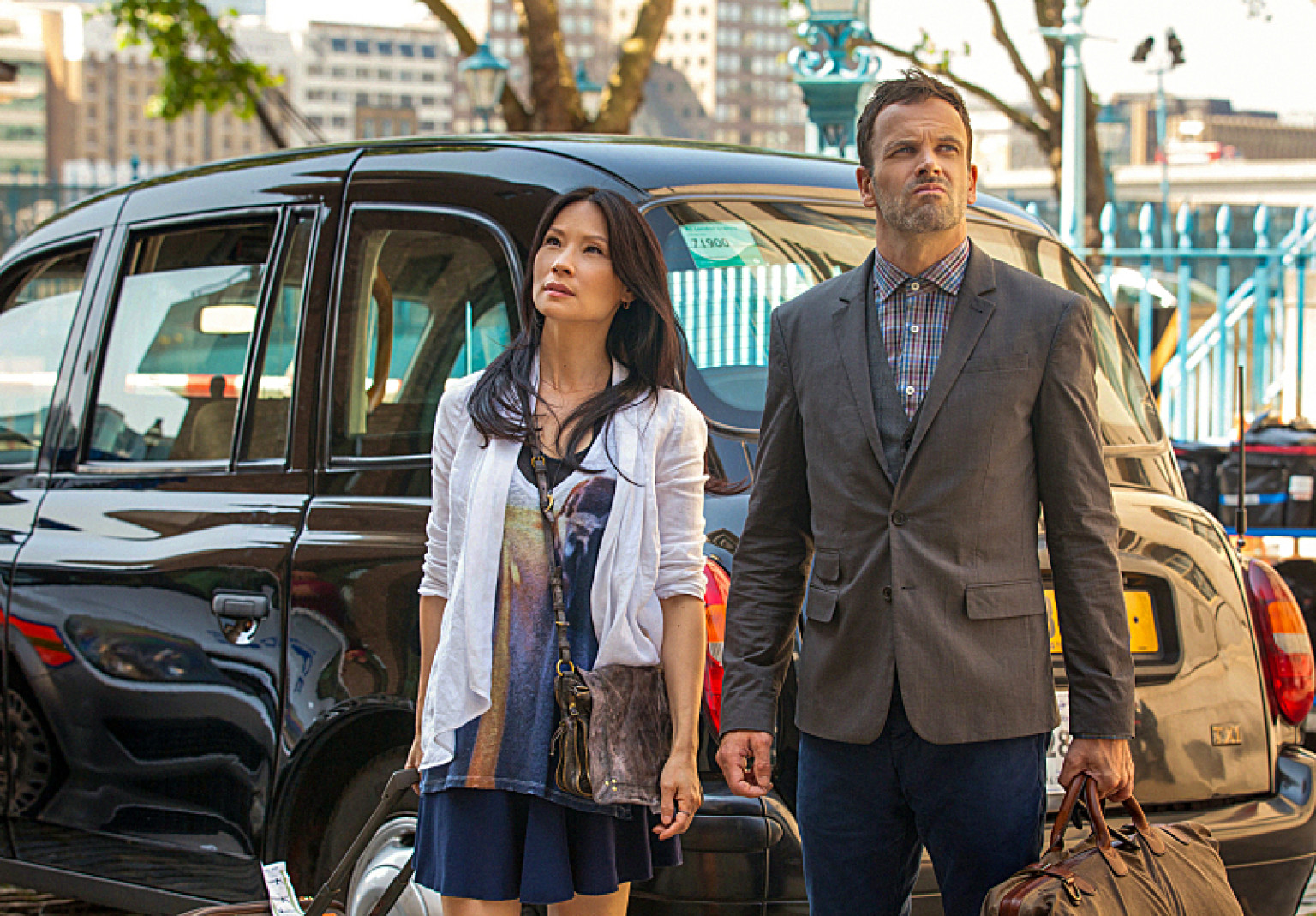 Sherlock Holmes arrived at New York Comic Con on Friday in the form of a panel for the CBS hit show, “Elementary.” But the panel, like the season three premiere that was screened for those in attendance, focused on the eternal sidekick, Watson. Stars Lucy Liu and Jonny Lee Miller were there along with newcomer Ophelia Lovibond and executive producer Robert Doherty.

When the fans had finished piling into the room, the lights dimmed and the upcoming season premiere was shown in its entirety. The season two finale had Sherlock (Miller) contemplating relapse and crossing the pond for a job with Mi6 in London. Without divulging too many of the upcoming premiere’s secrets, we learn very quickly that Joan (Liu) is doing just fine without him. Alas, Sherlock does play a part in the episode and he’s not alone.

Kitty Winter (Lovibond) is introduced to Joan under abnormal circumstances, but it becomes clear rather quickly that she will play an important role in the season. With a packed room full of “Elementary” fans, could you guess the loudest cheer during the screening? Well of course it would be the ever pensive pet turtle, Clyde, who does nothing more than get fed, but the crowd approval was immense. The fans also enjoyed a duel involving Joan that shows she has some fencing skills.

When the lights came up, the featured guests dissected the apparent changes between seasons two and three. With Miller, it was clear very quickly that he has a personality less frantic, albeit just as sarcastic, as his character. It’s quite possible, however, that he was just on his best behavior. But as likable as Miller did come across in his street clothes, the aura in the room was very much centered on Liu. She discussed the growth of her character and the possibilities with her in season three. She even name dropped Jackie Chan when talking about her action film career. Watching her on TV each week makes it easy to forget that she was in Charlie’s Angels, Kill Bill and even Kung Fu Panda. So it’s not surprising the crowd gave a big cheer when she said a return to action was possible. But for now lets enjoy her success as Joan Watson. The newcomer, Lovibond, stuck to the party line of her excitement with joining the show. But an interesting bit that came up was Doherty explaining that the Kitty Winter character is from the Sherlock Holmes story “The Adventure of the Illustrious Client.” A lot has been changed from that incarnation, but it’s a fun development for fans of the Sir Arthur Conan Doyle stories.Lovibond may look familiar to you, her filmography has titles like Guardians of the Galaxy, Mr. Popper’s Penguins and No Strings Attached on it. Doherty also would neither confirm nor deny the return of Rhys Ifans or Natalie Dormer this season.

Another highlight from the discussion had a fan asking if “Benedict Cumberbunch” could play Moriarty’s brother. Miller, after making sure he had heard correctly, was all for the idea of bringing his countryman on board. Though he made it clear that he makes no decisions about the show. You would hope this fan realizes Miller and Cumberbatch know each other and you would hope he realizes Cumberbatch plays Holmes elsewhere, but since he got the last name wrong you can’t be sure.

The panel went out in a blaze of silence as the microphones cut off for the final minute or two. Why, we don’t know. If only there were a pair of storied detectives around to solve the mystery.

Three Actors From Marvel’s Bench That Need To Be Replayed