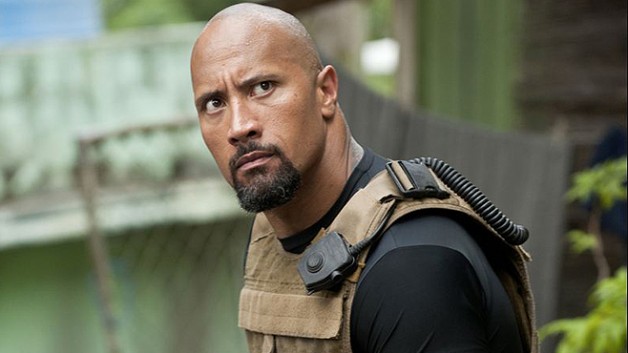 I’m not entirely sure if Dwayne Johnson is a household name at this point. But if you plant “The Rock” in between the first and last names that changes thing. The wrestler/ movie star has come up with an incredible year combining WWE success with four large films in successive months. With the last of those four, “The Fast and Furious Six” hitting theaters on the 24th of this month, it is worth considering why The Rock has become such a staple within American pop culture.

If you smell what the box-office is cooking

My WWE knowledge may have dropped off significantly in the past decade or so, but when The Rock made his return to the ring and subsequently won the championship belt in January, I knew about it. Sure wrestling is scripted, we all know that. What many didn’t consider is that the new champ would be pushing the WWE while promoting four of the biggest films of the year. Word on the street (internet) is that Johnson lost the belt at Wrestlemania in April, but his work was done at that point.

In February, Johnson starred in “Snitch,” a low-budget action drama. This was definitely the smallest of the four films, but by design. Its small budget and February release didn’t bring big expectations with it. Making back the budget easily, this was success number one. Next came March and “GI Joe: Retaliation.” The long delayed sequel was anything, but a sure thing, but with Johnson out doing press with the WWE championship belt in tow, the film debuted at number one and pulled in huge bucks both domestically and overseas. “Pain and Gain” was another hit in April, with The Rock playing a lead role behind Mark Wahlberg. Directed by Michael Bay, the film is big on violence and protein shakes.

That leads us to “Fast Six,” one of the most hyped films of the year. Johnson plays a lawman, who must call on Vin Diesel and his band of misfit drivers to help catch a more evil misfit driver. Being his second film in the series, the actor fits in with the rest of the cast well and is effortlessly compatible with car chases and big explosions.

So after all of that, Johnson’s intangibles are clearly on display. He does well playing nice guys, who are tough and complex. Plus, the fact that he is jacked probably isn’t lost on action film casting departments. With four films in four months and the first three having exceeded expectations at the box office, it’s likely he’s here to stay. A case could be made for the fact that these movies would have been successful without Johnson’s name above the title. Okay, in most cases that is possible, but “Snitch” says otherwise. The film is entirely carried by “the people’s champ.” Then in “GI Joe” and “Pain and Gain” he is the most successful character.

I’ll give credit where it’s due. However, I haven’t even mentioned that The Rock started his 2013 run with dominating the Super Bowl. No, he didn’t suit up for the Ravens, but his mug was present in ads for his movies throughout the game. He even fought aliens in a milk commercial. I don’t think there are many actors out there who could fight at Wrestlemania, lead GI Joe, commit murders, race cars and fight aliens for a glass of milk all before Memorial Day.