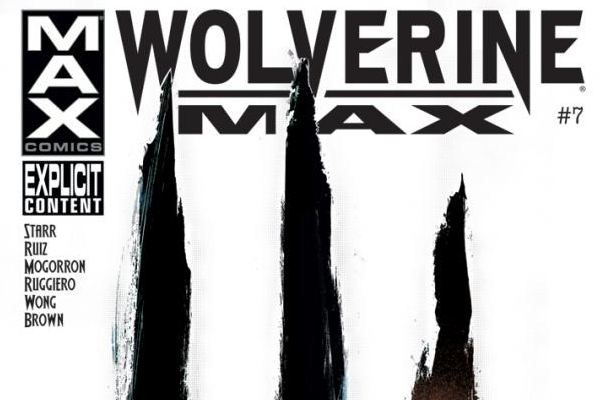 Wolverine MAX: The Story so Far

MAX Comics is an imprint of Marvel that exclusively publishes comic books containing adult themes and explicit content. It’s the home of non-child friendly characters such as The Punisher, Nick Fury and Deadpool, and would seem to be the perfect fit for X-Men member Wolverine. 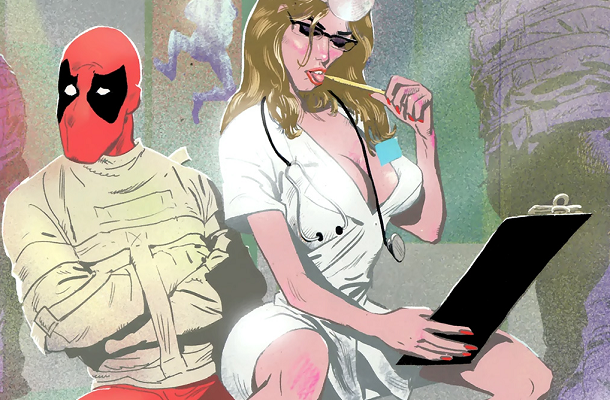 The job takes a turn for the worse after Candy is assaulted by pornography mogul Franky, requiring the Wolverine to emerge from Logan’s psyche and save the distressed damsel. After returning Candy to her hotel and declining her somewhat random offer of sex, Logan finds his dog’s throat slit. On the whole, Wolverine MAX #6 was underwhelming, but promised some real action in Wolverine MAX #7.

The comic book starts with Logan putting his faithful mutt to rest in the back of his van before proceeding to Candy’s hotel room in search of answers. Candy, dressed in a revealing nightie, opens the door for Logan only to slam it on his arm and douse his face with pepper spray. After rubbing his head a bit, Logan tries to find out from Candy why Franky killed his dog and exclaims that they have to leave. Candy responds by laying seductively on her bed, then stands around in her nightie some more and before giving Logan a big hug.

In case you hadn’t guessed it already, Wolverine MAX #7 is awful.

You Heard Me, Wolverine MAX #7 is Awful

Don’t get me wrong, I wanted to like Wolverine MAX #7. I was even excited about reading it. I managed to overlook Wolverine MAX #6‘s misgivings and focus on the promising aspects of what could have been a promising series. But Wolverine MAX #7 did nothing to remedy its predecessor’s issues. It let me down. It’s awful. 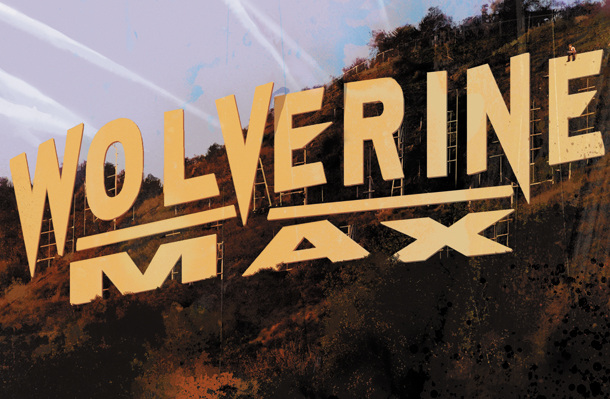 The entire book seems to be filler for a big event that never materializes. Most pages feature panel after panel of Logan and Candy driving around as the truth behind Franky’s lucrative business and Candy’s involvement in it are revealed. Want to know the bigger shocker? Not only is Franky a pornography entrepreneur, but he also deals drugs to Mexican cartels. Oh my!

I’m being sarcastic. The only thing shocking thing about this comic book is Marvel’s audacious $3.99 price tag.

Other classic scenes include Logan digging a grave for his dead dog with his bear hands in a matter of seconds, Logan being conned by a simple GPS device and a generic gangster appearing out of thin air and shouting “Yo motherf***er!”.

Writer Jason Starr may be known in the world of literature for his crime and thriller novels, but his talents don’t translate well to the world of comic book super heroes. Aside from the few scenes in which Logan whips out his claws, there’s little in Wolverine MAX #7 to suggest it’s a Wolverine comic at all. Logan’s emotional attachment to both his dog and Candy seems incredibly out of character and is quite frankly bizarre considering both characters only introduced in Wolverine MAX #6.

Wolverine MAX #7: Too Many Artists!

Each page is littered with thought boxes which are supposed to convey Logan’s thoughts but only seem to exist to describe the actions that aren’t depicted in the comic’s art. Art, may I add, which was put together by a total of six different artists, not to mention the cover artist. Let me break it down:

Let it not be said that there are no good multi-artist comics. Assigning a pool of talent to a comic book often allows for each artist to work on scenes that best compliment their skill set, resulting in a better book. But in the case of Wolverine MAX #7, too many chefs did indeed spoil the broth.

After almost every page Logan’s face morphs and changes shape as one artist passes the pencil to the other, resulting in an artistic inconsistency that is usually only found between individual issues or entire story arcs. The art itself is rough, pulpy and heavily stylised. It’s an interesting take on Wolverine, but it just doesn’t fit. Action scenes also make little sense and are almost laughable in their implementation. One panel in particular shows Logan being shot by bullets cartoon style, complete with a static “bang” animation.

There’s Nothing MAX About Wolverine MAX #7

Most most disappointing of all was the almost complete lack of explicit content that a MAX Comics series is supposed to contain. Some of the characters drop F-Bombs and in one panel Logan slices open someone’s head, but it’s relatively harmless stuff that wouldn’t be too out of place in a conventional Marvel series. Where’s the severed limbs floating in fountains of blood? Where’s the perverse crime boss that that sells drugs to kids and murders prostitutes? Where the Wolverine that mercilessly applies his own brand of enraged justice to bad guys? The Wolverine we wanted to see, nay, paid to see?

He’s not in Wolverine MAX #7, that’s for sure. Take my advice and leave this comic book in the rack.