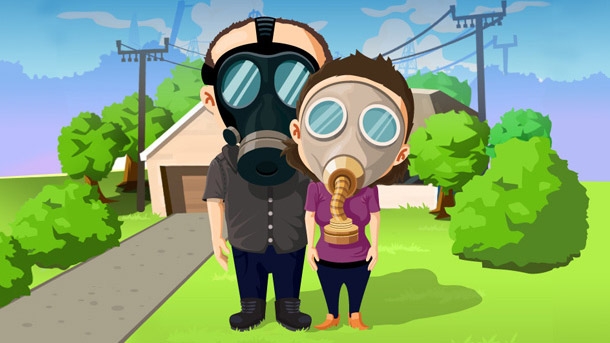 Remember when we had Zombie Friday on Geek Insider? Wouldn’t it be cool if you could pretend prep for the end of the world EVERY day? But, on your phone because tin cans take up space? There’s an app for that.

Quite a few apps, but the one I chose came in the form of a strategy game.

Doomsday Preppers. (Yes, it IS based on the television show! How did you guess?)

It’s one of those games that doesn’t take up too much energy or room on your phone, so I’d say it’s worth downloading if you’ve got a long commute. I’d recommend it, if it hadn’t been for ‘the glitch’. But I’ll get to that.

Like actual life, it’s free to play. If you have the cash to splash though, you’ll find the game a lot less tiresome and a lot more fun ( like actual life). 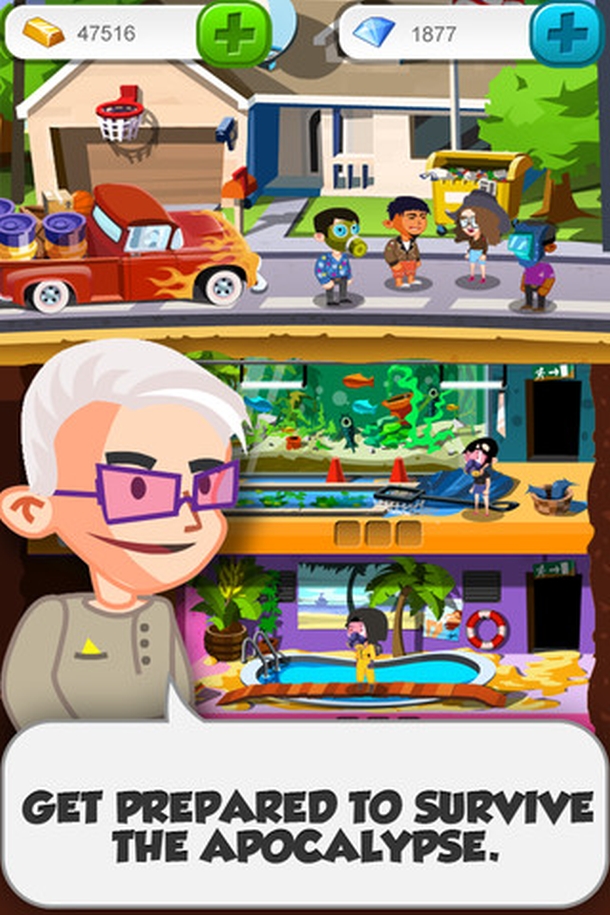 There’s a message in that for all of us which is namely- Mo money, mo problems. (And it would have been nice to hear some Biggie thrown into the mix. Instead, it seems, the apocalypse will bring us the ability to fire teddy bear guns at people. But no MP3 technology. ONLY SCRATCHY RECORDS FOR YOU!)

You can choose to buy experts to work on the the various levels you’ve built. Each level, depending on what you’ve chosen, provides you with a different thing you’ll need- Food, shelter, electricity, open mic nights.

In fact, I shouldn’t say ‘choose’ because it sort of feels like you don’t have any other choice. If you want your levels to be working effectively, you need to buy people to man them.

But the pricing is fair (one diamond for a new person in the early stages) and you will run across diamonds as you play the game.

The way to achieve optimum resource yield isn’t hard to work out, which is great as the tutorial is almost non-existant.

It was in churning through the building of those levels, that I hit ‘The Glitch’. 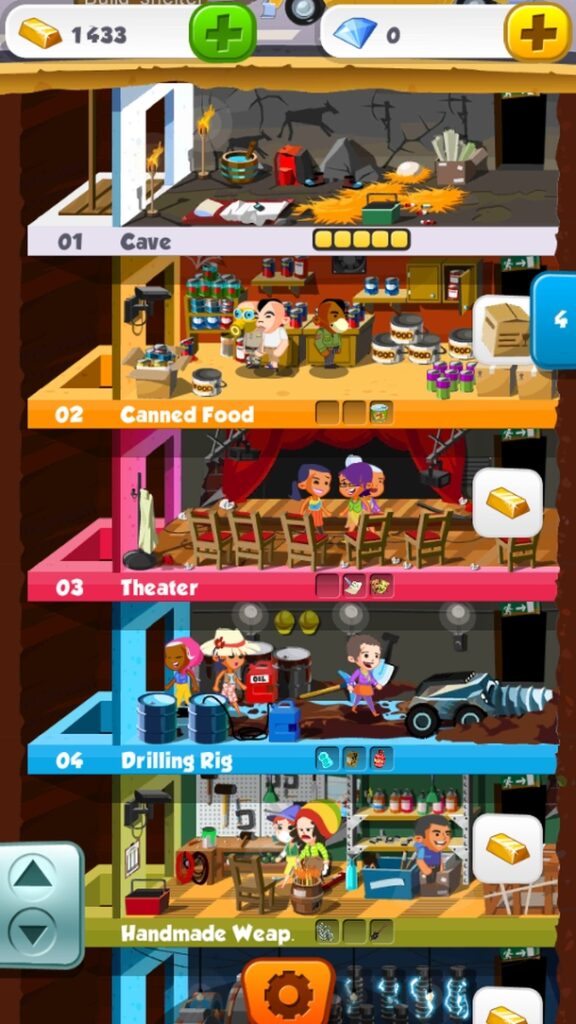 It wasn’t cute and adorable like the kid in Wreck It Ralph.

It was a tunnel that allows you to visit your friends (Oh goody! Says I, because I do so enjoy forced interaction with people in games!). Then you have to”Tap on the elevator”. It would not register my tap, no matter the degree of tenderness or adult words used.

Of course, it COULD just be it couldn’t pick up the tapping. But it sure managed to pick it up when I accidentally tapped on “use diamonds”…. It also ‘might’ have been my ricketty old phone- HTC Velocity 4G. I mean, it’s practically like trying to play Skyrim on an actual dinosaur! Right?! (But not really. My phone’s a year old, but it’s hardly so outdated it shouldn’t be able to run a game this simple).

The only way out of the tunnel was to use the Home key on my phone and force the app to quit. I’ve never built an Android, but I’m betting that is not good for the phone.

The game kept my interest for a while (I learned to ignore the tunnel because no matter how temptingly it called for me to open it, the result is the same every time- Force stopping the app). It could have become a time waster for me. But eventually, the glitch drained the fun and filled the space the fun had occupied with “URGH, BORED!”

So, I’m cautiously recommending it to some of my friends and forcing all of my enemies to download it immediately.