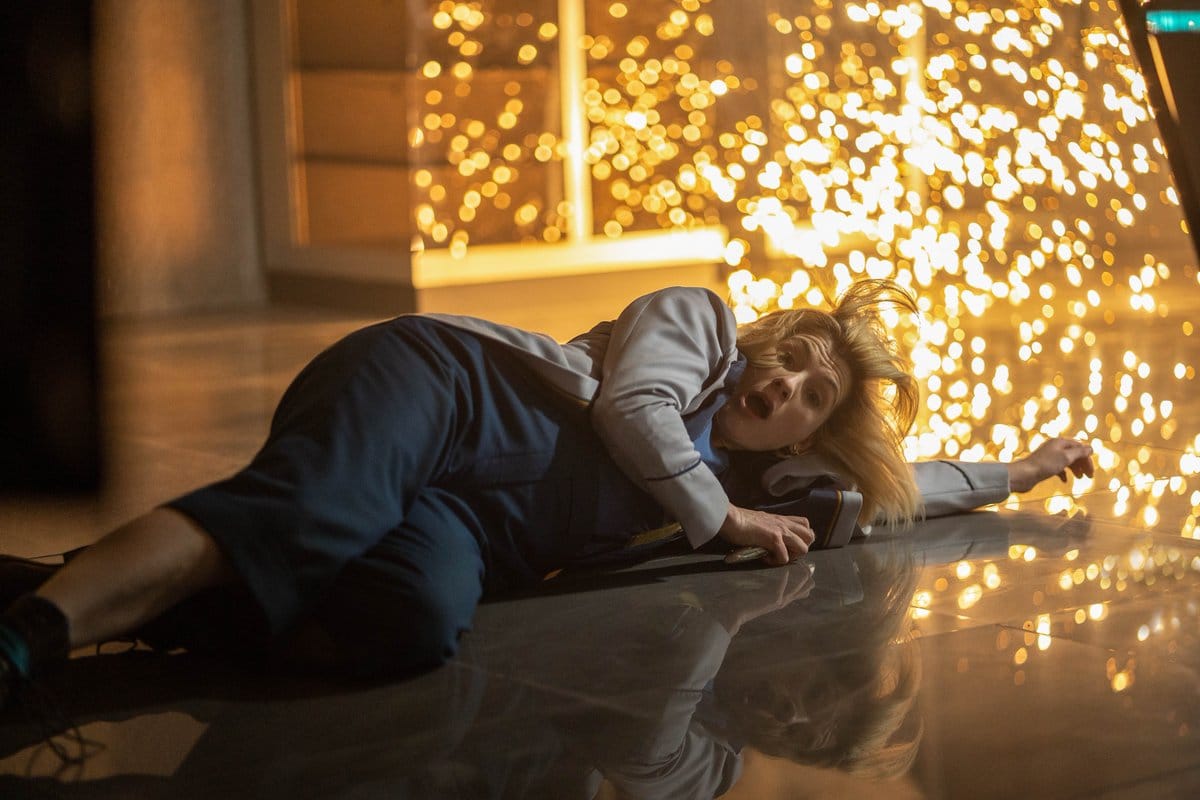 Well, it took an entire season—plus two-thirds of a holiday special—but Doctor Who finally gave us what we’ve waited all year for. And while the episode itself leaves a lot to be desired, it at least serves to link the Thirteenth (and first female) Doctor to the series’ rich history in a very concrete way.

I love Daleks. Well, “love” may not be the right word, but I’ve always been fascinated by them. Maybe it’s because the Dalek is such a walking (rolling? hovering?) contradiction. They’re the meanest, most evil, most dangerous creatures in the universe, fueled by pure hate and a lust for universal power. They’ve been the most prominent adversaries of the Doctor since the very beginning, and she’s never been able to totally defeat them.

But, when you take the time to really look at one, a Dalek is actually nothing more than a squid stuck in a metal garbage can with an eye stalk, a plunger, and a whisk attached. They’re extremely lethal, but they’re also completely ridiculous. And that’s what makes them so fun to watch. And while we’ve enjoyed following the new Doctor and her crew (team? fam? extended fam?) as they face new challenges, an entire season without a Dalek (or a Cyberman, or an Ood, or even a Sontaran) just feels incomplete.

So building this season’s holiday episode around a Dalek was definitely the right call. And the twenty minutes or so we get with the evil trash can spewing its usual rhetoric of world domination in its trademark monotone screech may have been the highlight of the entire season. We finally get to see Jodie Whittaker take on a traditional Doctor Who monster, and she turns in a wonderful performance as expected. The banter between them is quality stuff, and using the oven/microwave to fry the creature’s circuits is classic Who.

But the episode takes an inordinate amount of time to get there, and Daleks just aren’t as much fun when they just attach themselves to a host body. At least make the human carry the whisk and the plunger while you’re controlling them. Plus, the creature attaches itself to Lin, who seems like a very nice person, but we don’t really know her, so there’s not much of a reason to care. The same could be said of Aaron, but at least that leads to a moment of resolution between Ryan and his dad, so that one makes sense. But using an existing cast member (Yaz, maybe?) rather than a stranger to be the first host would have raised the stakes a bit more.

Speaking of Ryan and his dad, I’m torn as to what to make of their storyline. On the one hand, Ryan’s family relationships—losing his Gran, coping with an absentee father, and finally forming a strong bond with Graham—have been a big part of the season’s overall story. So giving him some closure here makes sense. You could argue that their scenes take up too much of the episode, and the overly melodramatic tone doesn’t really fit with the main story, but I’m okay with it.

I’m sure there are a lot of other things I could find wrong with the episode, but I’m not going to. It definitely had its good points as well. Either way, I’m going to enjoy the fact that, in this first ever (I think) Doctor Who New Year’s Day special, we end a season of new characters and first-time experiences with a long-awaited visit from an old familiar frenemy.

It was good to see you again, Dalek. Please come back again next season. And bring your Cyberman friends.