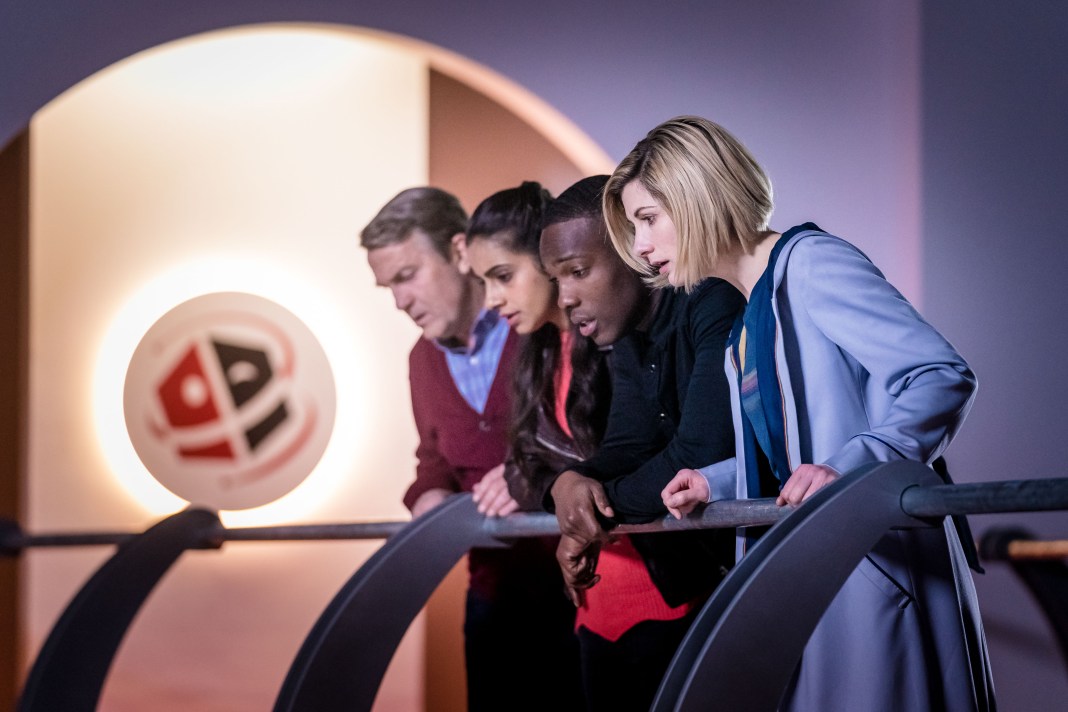 Like any good science fiction show, Doctor Who has always had its share of evil aliens, killer robots, and sentient computer systems. And we wouldn’t accept anything less. But there have been several episodes this season that have shown us that, no matter how much technology advances, or how crazy things get on other planets, some of the biggest, meanest monsters in the universe are plain old humans—just like you and me.

This week, the Doctor and her friends take temporary jobs at Kerblam!, an Amazon-like delivery fulfillment warehouse that appears to have a menacing computer system and at least one employee begging the Doctor for help. But, as has been the case all season, things aren’t always as they appear, and it turns out that it’s a human worker that’s actually causing all the problems.

Of course, like most of the people who have committed heinous acts this season, Charlie the maintenance worker is acting out of a misguided sense of justice. Humans have effectively been rendered obsolete members of the Kandolan workforce, and it’s only because of organized protests and government intervention that companies like Kerblam! are required to maintain a workforce that’s at least 10% human. But that’s not good enough for Charlie, and he’s willing to kill thousands of people (with booby-trapped bubble wrap, no less) in an attempt to frame the company’s computer system and show that humans are needed after all.

But are they really? The episode leaves that question somewhat open-ended. On the one hand, we get the distinct impression that the 10% rule is only in place to benefit humankind, and companies like Kerblam! might actually be better off with total automation and maybe a handful of actual people to intervene in an emergency and reboot the system when needed. But we also get the sense that people are, or at least should be, a vital part of even the most techno-centric organization because of what they can bring to the table. It’s an interesting debate.

Another point the episode makes is that, if we as humans don’t get our heads out of our—um, phones and start paying attention, we’ll have no one to blame but ourselves when the job market shrinks as companies inevitably figure out ways to get things done without human intervention. Automation is here to stay, and it’s going to become more and more prevalent. So we owe it to ourselves to develop new and better skills that ensure we’ll have a place to work no matter how advanced workforce technology becomes.

Sadly, Charlie is willing to sacrifice the lives of random humans whose only “crime” is doing a little online shopping. But it gets personal when his coworker and would-be girlfriend, Kira, becomes an unintended victim of one of his bubble-wrap bombs. It’s just a reminder that, no matter how well-intentioned one might think an act of violent protest might be, every victim is special to someone. Each person taken will leave an empty place in the lives of those left behind. Is the cause—whatever it may be—important enough to sacrifice innocent people to see it advanced?

Exploding packing material notwithstanding, the warehouse adventure gives Ryan a chance to shine this week. Ryan’s in his element in this environment, and so he gets a chance to show off his leadership skills as he helps the others find their way around the warehouse. It’s also good to see him take some physical risks that pay off as he pushes past the limits of his coordination issues and does what he needs to do. Plus, he and Graham seem to be getting along well after a rough start. It’s great to see, and I’ll also be surprised (and a little disappointed) if we don’t see some sort of romantic moment between Ryan and Yaz before the season’s over. They’d be great together.