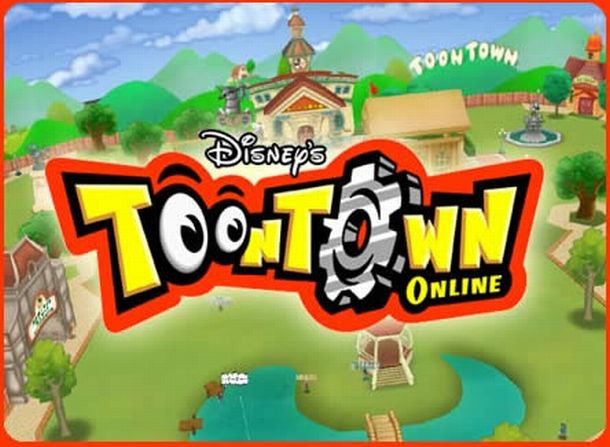 It’s been a rather sad time for those of us who are consistently big on playing games to revitalize our childhoods. Recently, Disney announced that it would be closing up shop of probably one of the most charming MMOs out there: Toontown Online. Sure, it’s definitely a kid’s game, but just look at it objectively! Something must have clearly been going right seeing as though the game has been thriving along since 2003. That’s 10 years, folks. 10 solid years of good times and fond memories for most of us attached to the game.

I started playing the game back in 2003 when I first had seen a commercial on the Disney Channel that showed off a very kid-friendly environment with vibrant colors and the possibility of making myself a cartoon monkey. What ten year old kid could honestly resist? I definitely couldn’t. That very night, I logged on to my parents computer (with their permission of course; thanks for reminding me, Disney) and created perhaps the goofiest looking character of all time. It was none other than a bright blue monkey sporting a Hawaiian shirt and swim trunks named “Colonel Electromonkey.” The good times began shortly afterwards. I can honestly say that Toontown Online was not only my first MMO, but the first one I ever got hooked on. This was a game that I got all excited thinking about when I was in grade school waiting for the bell to ring. I’d sit and doodle up Colonel Electromonkey battling the game’s evil cogs by tossing the occasional pie or anvil. Not to mention, I spent many an hour designing my house’s interior.

The game had everything! There was a vast Disney-themed world that you could adventure around with your friends in, a plethora of minigames aboard the trolley, and kart racing! I fully engaged myself in all of it. And then remember when they came out with golfing at Chip n Dale’s Acorn Acres. Oh man, good times! While many MMOs I’ve been a part of since then have had me raging at patch notes or scoffing off with a kill in PvP, Toontown was always there to guide me back to the good old days. Every time I logged myself back into Toontown, I found that little bit of childhood joy that kept me playing for hours. Colonel Electromonkey still sat there grinning at me at the character selection screen (alongside my later toon, Comet Wildspeed) and that always made me smile a bit. It’s like whenever you go to Disneyland or Disney World. There’s that little bit of childhood joy that bursts its way out of you when you hear that euphoric jingle. Needless to say, I’m really going to miss it.

September 19th. That’s all that we have left of our wonderful Toontown. It’s the end of an era! I try my best not to think about it much, but when I keep seeing reminders that the game’s time is limited by a specific date, I feel obligated to play again. I definitely will up until closing, that’s for certain.

But let’s look at the good times that are to come, although limited. Players have now been granted full membership access to all areas of the game without any restrictions. People with active subscriptions are no longer being charged either. That’s a really sweet decision on Disney’s part. I plan on fully revisiting every little piece of the game that I can before it closes for good. I want to relive it all and remember it. This game was a HUGE piece of my childhood, so I’m definitely sad to see it go. So folks, if you decide to revisit Toontown one last time and ever see Colonel Electromonkey or Comet Wildspeed traversing along, be sure to stop and say hi! Chances are, you’ve ran right into me!

I’ll leave you with a hopeful rumor. According to forums and several other dedicated fansites, former Toontown developer Jesse Schell has been linked to buying the game back from Disney. While this is DEFINITELY and UNDENIABLY a rumor, it would still be really neat to see. Now, if that were to happen, Toontown would definitely see some immense changes. It would almost be an all new game, since ties with Disney characters and areas would have to be severed. Let’s just hope that somehow, somewhere, the game still thrives on.

We have until September 19th! So get those pies ready and fill up those seltzer bottles for one last time, ladies and gentlemen. And, as they say in Toontown, have a Toontastic time!

Toontown was a big part in my childhood too, I spent about 2 years just on the free membership (however I did have a lot of friends on it, and I was younger so I didn’t understand the benefits of having a paid membership, haha) then I moved onto the paid version and joined a ‘clan’ were I had the most fun meeting new people. Then I grew out of the game and stopped playing it, and focused on my personal life, exams etc. (toontown was too addicting!)Although I am sad it’s going, I am not hugely surprised, after 10 years the game didn’t make any significant changes and stayed the same game, and eventually got old, correct me if I’m wrong (I haven’t played in a LONG time) but I don’t recall them even opening the construction area in chip n dales area, or maybe it was just there for shows.I think they could have developed the game a little more than they did by adding new areas, even in the games final stint, simply to keep the game fresh and keep gamers interested, however Disney did a great job with the ‘hackers’ that were on the game, when I was playing there was a big hacker which everyone was fearing (which is understandable, considering we were kids whilst playing lol) but they banned the hackers I think.Anyway I won’t be returning, but I wish I could, I feel really sorry for those who are still playing, and have been since the games birth, but all good things happen for a reason, maybe they are focusing on a different game, a sequel or maybe they will sell out, which is the best idea in my eyes, as long as the buying has the correct tools and financial backing to keep the game running as well as developing and moderating.Anyway sorry for the long comment