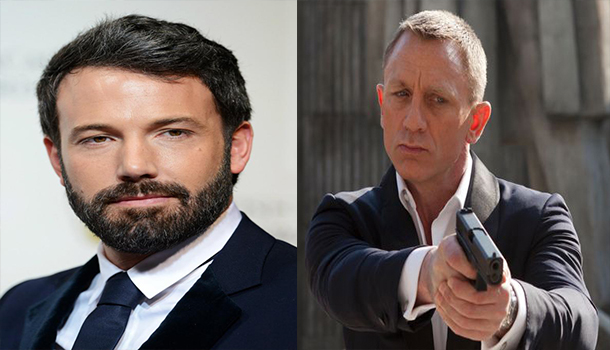 What do you think was the big news story of the last week? The crisis in Syria? No. You and all major media outlets are wrong. The only story as far as my social media feeds were concerned last week was the casting of a man to play a fictional man who flies about and beats up other fictional men in a fictional film. Good to see the internet had it’s priorities right, Batfleck haters. 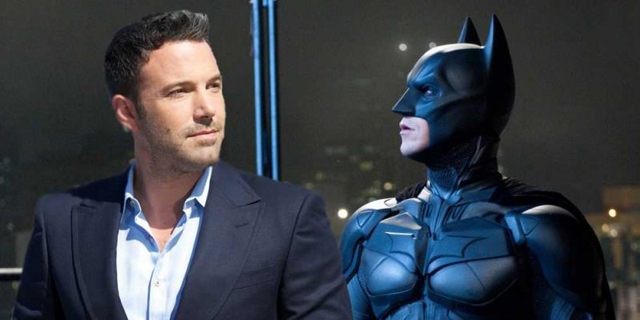 Never mind, the casting of Ben Affleck as Batman (now known as ‘Batfleck’, because everything has to be shortened down into one word – at least it wasn’t ‘Batgate’) has lit up the internets and nerds the world over aren’t happy at this. And as the rage and pitchforks gathered momentum, I have to confess I wound up taking a more neutral stance than most on the issue, partially because I’m not sure I’m in as good a position to judge. You will have your own opinions on the casting, and that’s fine. Instead what I’d like to discuss today is how the internet is usually wrong by running through a few other casting calls which prompted mass rages and then mysterious mass U-turns around the time of the film’s release.

So let’s start with a big-screen action hero I am much more familiar with – James Bond. No need for tight-fitting costumes, emotional angst and CGI devastation – just a tux, a gun and some quips. If anything, the casting of a new James Bond is even harder than your average comic book character, because not only does Bond not have a mask to hide his face, but he also has the weight of 50 years of movies and counting behind him. He has to be so many things to so many people – emotional but cold-hearted, good in a gunfight but not the Terminator, and most importantly, not blonde. Well that’s what everyone said when Daniel Craig was cast as James Bond in 2005.

For someone who’d grown up in the 90s, for me Pierce Brosnan was James Bond. No-one else. I’d seen him blow up Russian satellites, drive a BMW on his mobile phone (who knew there was an app for that?), bungee jump off a dam, and kill snowmobiles by skiing at them. And even when it got to the cringe-worthy point where he was driving invisible cars and surfing CGI waves like Kurt Russell in Escape from L.A., I still loved Brosnan as the world’s least secret secret agent. When he stepped down, the natural successor to the throne appeared to be Clive Owen, who having made his name in Sin City looked perfectly suited; tall, dark, handsome British action hero type. Perfect.

Except the Bond producers disagreed, and instead cast Daniel Craig, whom according to everyone in the world was too short, too blonde and too boring. Everyone except me and UK film critic Mark Kermode. And eight years on and two of the very best Bond films ever down, the threats of boycotts and furious protesting have died away to nothing. Even when Quantum of Solace (AKA The Bond Supremecy) was mis-stepping badly, Craig’s performances just haven’t faltered – he has claimed Bond as a character and so convincingly become him that people have to take a pause before automatically listing Sean Connery as the best Bond ever.

What helps in a way is the decision by the Bond producers and writers to take the series in a new direction to breathe life into the character, but that on it’s own can put more pressure on the anointed actor – the new direction will stand or fall on their performance. Casino Royale was a bold gamble, and a fantastic performance was required to quiet the dissenting voices whining about Bond replacing quirky gadgets with overrated things like feelings and emotions. Skyfall was an astonishing piece of work, and it says a lot about the quality of it and of Craig’s Bond that veteran actors like Judi Dench, Javier Bardem and Ralph Fiennes pushed themselves to the top of their respective games. And as British newspapers lavished praise all over the film, I smiled and smugly remembered back to the days when headlines like ‘The Name’s Bland, James Bland’ (Daily Mirror, 14 April 2006) were commonplace. Funny how quickly they disappeared eh? 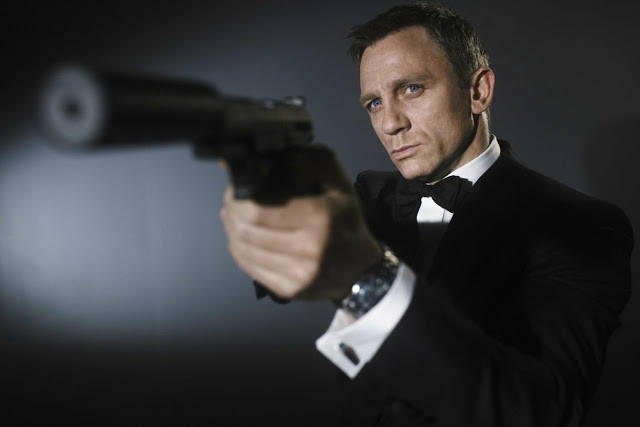 And this wouldn’t be the first time the world and his dog have been proven wrong over a choice of actor for a role. Cinema is in fact littered with gambles like this that have paid off spectacularly – most notably the Batman mythos. If there were such things as internet forums in the 1980s, they would have been ablaze when Michael Keaton was cast as the Dark Knight in the original Batman movie. Indeed, according to IMDB over 50,000 letters of complaint were sent to Warner Bros offices, and even the original creator of the Batman universe, Bob Kane, disagreed with the call. At least Daniel Craig had all the previous Bond actors behind him for support – Keaton even had the man who created the character he was portraying saying he was a bad choice. Was he? Erm, no. The film was a smash, and Keaton was a roaring success which quelled the dissenters unequivocally. In the most recent Batman reboot series, the most fuss that surrounded any of the castings wasn’t Christian Bale as the bloke in the pointy hat, but Heath Ledger as the maniacal Joker. And that was a total flop wasn’t it? Oh no wait, the opposite of that.

They Don’t Always Get It Right…

Of course, it’s not like they get it right every single time, but more often than not a bad casting choice is more a sign of a bad movie overall, made by people who really don’t have a clue what they’re doing – or more crucially, made by accountants who will willingly sacrifice soul and actual quality in favour of good box office figures. In the case of Bond, Daniel Craig’s first movie Casino Royale was helmed by Martin Campbell, who directed Pierce Brosnan’s first Bond film (and easily the best Brosnan Bond film) Goldeneye and a guy who clearly knows what he’s doing and how to direct a brilliant James Bond movie. In Keaton’s case his Batman movies were directed by Tim Burton, a visionary who is known for doing interesting things on the big screen.

If we look at some casting choices that were in fairness catastrophically wrong, it’s clear to see that mostly a) the films in general are terrible, not just the casting, and b) the reasons why the films are terrible are blindingly obvious. Keaton’s successors as Batman, Val Kilmer and George Clooney, were both utter pants, with the films they both starred in both being catastrophically awful. It’s easy to point the finger at director Joel Schumacher, who was under pressure from the studios to make a family-friendly film that would end up selling a lot of toys and merchandise, but the fact is the accountants were driving the ship. In the case of the Lone Ranger, which drew huge controversy for casting Johnny Depp as a native Indian, you only have to take one look at the people behind it – the folks responsible for the Pirates of the Caribbean movies, including director Gore Verbinski.

So under that respect, should we be concerned about Batfleck? Possibly. Firstly, it’s obvious that various studios have cottoned on in recent years to the big-budget potential of superhero movies, and are desperately churning out as many as possible to keep the dollar bills rolling in. Secondly, it’s being directed by Zak Snyder, the king of annoying jump-cuts and stupidly OTT direction. I’ve still not forgiven him for the awful movie adaption of the Watchmen, and it’s fair to say the Man of Steel has had mixed reviews. So the signs aren’t that great. But then again, it would be unwise to judge until then – unless you’re a connoisseur of humble pie. So to summarise then: let’s wait until 2015 when the movie comes out, and if Batfleck turns out to be a bomb, don’t hate the player – hate the game.