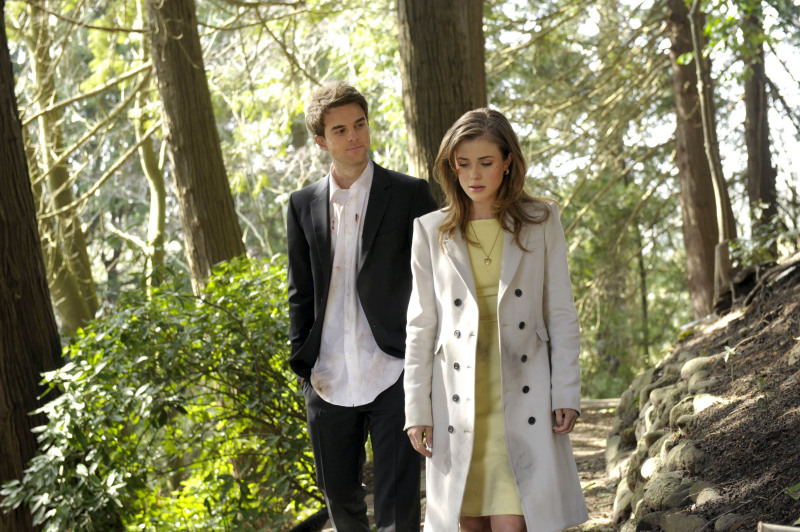 In a historic and unprecedented turn of events, the CW passed up on an opportunity to order a soapy drama about sexy monsters, and the blame or thanks (depending on your opinion of the backdoor pilot), rests largely on the fans. The CW ordered several new series, including iZombie, a story about a zombie private detective, The Flash, a spinoff of Arrow about a man who runs really fast, The Messengers, about a group of strangers trying to prevent the apocalypse, and Jane the Virgin, which centers around a young Catholic woman who is accidentally artificially inseminated. Yes, you read that last one correctly. Supernatural: Bloodlines was bad enough to be passed over in favor of a show adapted from a Venezuelan telenova.

The backdoor pilot’s ratings were actually pretty good, up 11% from the week before with 2.03 million total viewers and 1.0 in the 18-49 demo. The ratings would have justified ordering the pilot to series, but thankfully CW execs seem to have their fingers on the pulse of public opinion and didn’t want to risk the collective ire of the Supernatural fandom, which is possibly the most passionate (read: crazy) fandoms out there.

The general consensus among fans and TV critics alike was that Supernatural: Bloodlines was a disaster waiting to happen, a dishonor to the mother show, and a cheap play at ripping off Supernatural’s popularity and channeling into an inferior series. The acting was just plain bad, the storyline was predictable, and the characters were boring cutouts with the exact same motivations (i.e. a dead girlfriend) as most of the characters from Supernatural. The pilot had nothing new to offer the Supernatural universe, the CW, or TV in general. The Originals is already a successful spinoff about a big city controlled by factions of monsters, and thankfully the CW bigwigs came to their senses and realized they didn’t need another. Their decision to pass over it’s rip off will hopefully free up Nathaniel Buzolic (who played Original sibling Kol on The Vampire Diaries and would have played David on Bloodlines) to make more appearances on The Originals, now that people on that show are being resurrected left and right.

While Bloodlines was a terrible pilot, there was one way it might have worked: losing the Supernatural from it’s title. There was no reason to set it in the Supernatural universe, as it had almost no connection to the parent show. Bloodlines even failed to stick to Supernatural canon, changing shape shifters from slimy, disgusting creatures with peeling skin to generic sexy monsters. The series MIGHT have worked if it wasn’t billed as Supernatural, but no one wanted to see just another monster soap tarnish the legacy of such a unique and beloved show.

The sad part of this whole debacle is that Supernatural has a lot of potential for spinoffs, but they wasted their chance on a show that nobody wanted to see. In the nine years the Winchester brothers have traveled all over the country (or Vancouver, British Columbia pretending to be all over the country), we have met dozens of fascinating characters we would love to see star in their own shows (not the Ghostfacers; I never want to see them again). We don’t want a whole new cast set in a whole new location. We want a spinoff that is true to the spirit of Supernatural and helps us explore an already fascinating universe with already compelling characters.
–