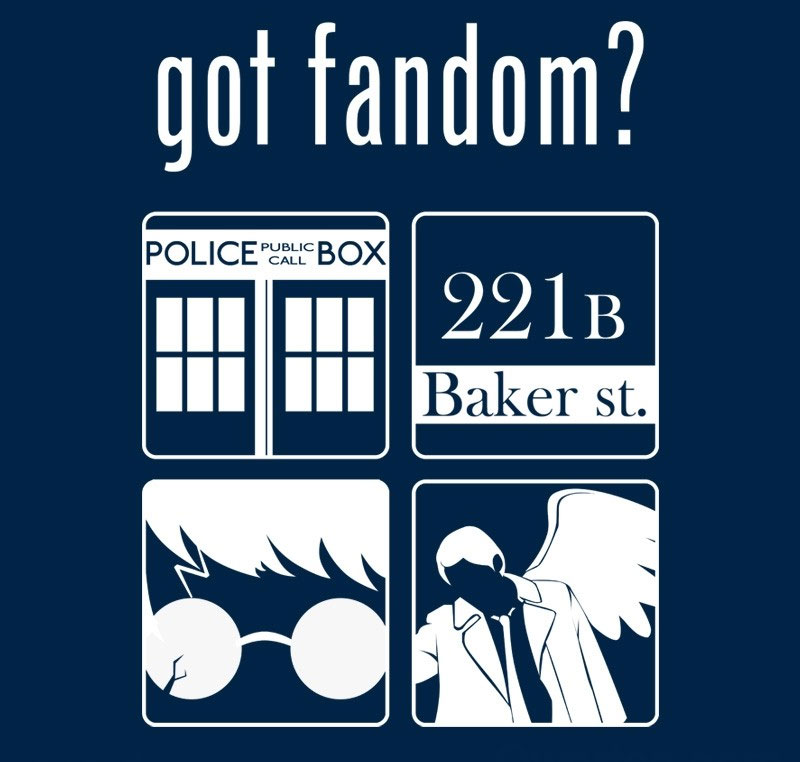 Most TV shows will fade into the obscurity of small screen history, only to be occasionally remembered with a nostalgic comment on how they were a “pretty good show” or “is that the show where (insert name here) played (insert description here)?” But others have that magical something that causes normal people to join the bizarre and occasionally dangerous cults known as fandoms. The following shows had that spark that ignited forest fires of enthusiastic fangirling have the biggest, loudest, most passionate, and dedicated proponents. As you probably guessed, the word ‘dedicated’ in this instance can also be substituted with ‘certifiably crazy’ or ‘unhealthily obsessed’, which I’m allowed to say because I’m actually in most of the fandoms I will be discussing. 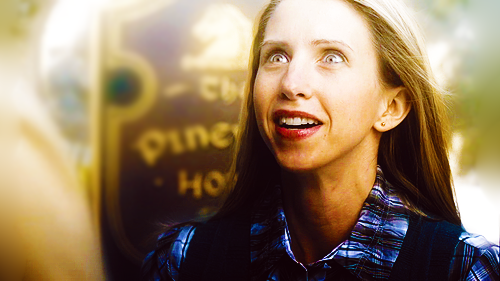 Supernatural‘s fans are about as crazy as they come, particularly when it comes to their various ships, which range from strange to downright disturbing (sorry not sorry all you Wincest shippers). Arguably the most active fandom on Tumblr, Instagram, and every fanfiction site ever, the Hunters add new fans to their ranks daily and are in the process of carrying out a complete invasion of the Internet. There’s no doubt that Supernatural is a fantastic show, and if any show deserves fans that will stay up all night for days voting over and over on the People’s Choice Awards website, tattoo anti-possession symbols on their bodies, or cosplay in my college library on an ordinary school day, it’s Supernatural.

The BBC fan and critical darling is the newest member of the holy trinity of geeks shows that is Superwholock. The character of Sherlock has been around in various forms since the 19th century, but the 2010 version featuring Benedict Cumberbatch has captured the imaginations of people all over the world and catapulted it’s actors to stardom. Sherlock fans are probably the most dedicates fan artists and fan fiction writers; they have to be to pass the interminable waits between extremely short seasons. Sherlockians keep their passion alive even in the two year hiatuses, and that is true love.

The oldest member of Superwholock, Doctor Who and Great Britain have been having an on-again-off again love affair for over fifty years. It wasn’t until the new series came out in 2005 that Americans started paying attention, and it wasn’t until the winning combination of a young Doctor and Netflix that it really became a phenomenon on this side of the pond. And what a phenomenon it is. Like the fans of Supernatural and Sherlock, Whovians are invading my college, the Internet, and the world, and are showing no signs of slowing down, despite the long hiatuses between episodes and Matt Smith being replaced by an older actor. Doctor Who is the longest running sci-fi show show of all time, and the venerable program truly deserves all the success it has recently earned. 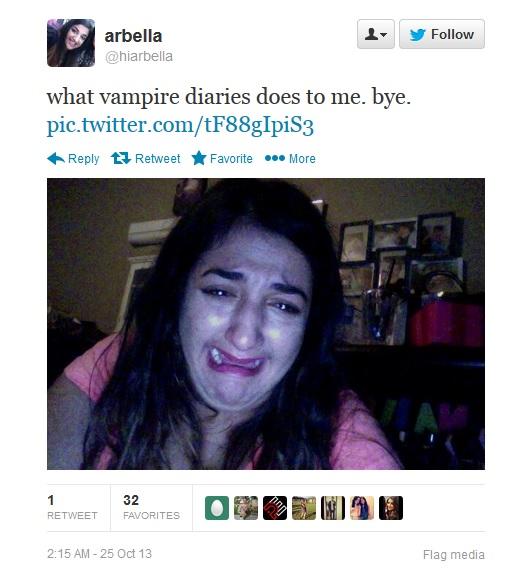 Probably the least deserving of a passionate fanbase, The Vampire Diaries‘ turn for the terrible hasn’t deterred most of Delena and Stelena’s crazed fangirls from flocking to social media en masse and ferociously arguing about the love lives of fictional characters. The fans that appreciate good television have mostly given up on the show that has been steadily devolving into nonsense over the last two years, leaving only the demographic that also loves Justin Bieber and Miley Cyrus. Despite the poor quality of the show, it’s fans deserve a spot on this list due to their incredible emotional investment in love lives of the world’s second lamest vampires (although I still believe that Twilight was about fairies). They are willing to verbally abuse each other and the show’s writers on Twitter over which romantic pairing they prefer, and while that’s probably not something to be proud of, it certainly shows “dedication”. 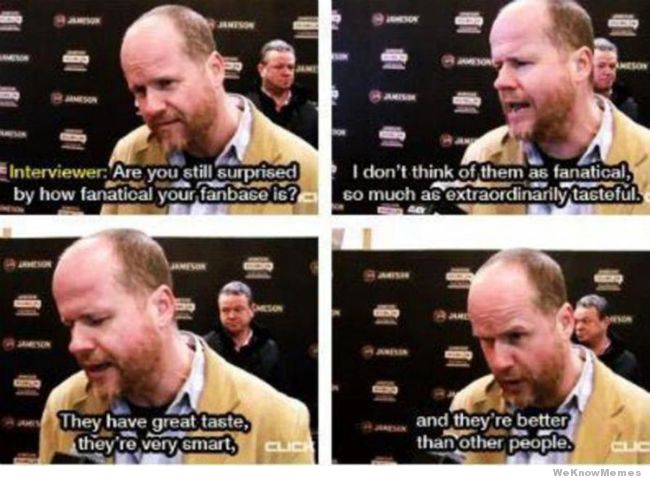 As always, Joss Whedon said it best. Whedonites are fans of Buffy the Vampire Slayer, Angel, Firefly, Dollhouse (okay, SOME of us are fans of Dollhouse), The Avengers, Marvel‘s Agents of S.H.I.E.L.D. (we are learning to love it), and his various other invariably awesome projects. If you didn’t know already, this list would tip you off as to why Whedon is the God of the Nerds and we all worship before his genius. Whedonites love to overanalyze TV shows to sus out the almost endless hidden meanings and metaphors in Whedon’s work, love to watch intelligent, emotional, funny TV that entertains our brains (to steal The Discovery Channel’s motto) and our hearts, and in short are, as Whedon himself said, better than other people.

Game of Thrones already had a pretty intense fandom before it was made into a TV show, but HBO turned it into a global phenomenon and made everybody and their mother (just don’t watch it with your mother; it will be awkward) a fan. It’s rare for a fantasy show to achieve such mainstream success, but Game of Thrones has made the world a more geek-friendly place, and for that we are indebted to it. While everyone watches GoT, not everyone is part of it’s passionate fanbase. The most serious fans are the ones who started with the books. Unfortunately they have the irritating tendency to express their love of the book series by continually nitpicking at every detail of the show, posting spoilers, and smirking knowingly at TV fans, earning an A+ for enthusiasm and F for likeability.

My Little Pony (I will never understand this) 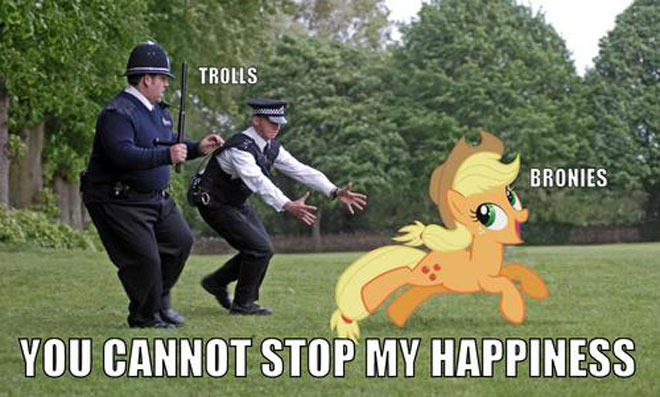 I don’t really know what to say about Bronies. Who are they? What are they? Why are they? I know that that they are bros that love ponies, hence the creative name, but they still remain a mystery to me. I do know that there are quite a lot of them and they really love their ponies, so the Bronies get a spot on this list just for admitting en masse that they are fans of sparkly, colorful, well . . . ponies. 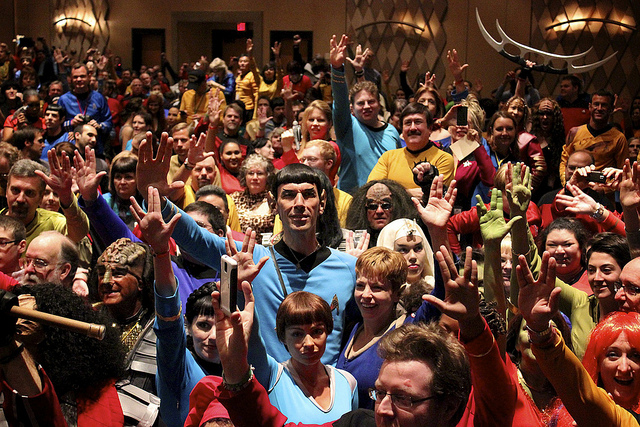 Star Trek is basically the stereotypical geek show, but the fact that it’s over-referenced in mainstream media as a means to indicate a character’s nerdiness doesn’t mean that it doesn’t have real-life crazed fans, because oh boy it does. Trekkies are a force to be reckoned with (did I just accidentally make a Star Wars reference?), and you don’t want to make the same mistake that Obama did when he mixed his Star Trek and Star Wars references and likely alienated most of his geek supporters. Never mess with a fandom that has their own language. That’s how you know they’re serious. 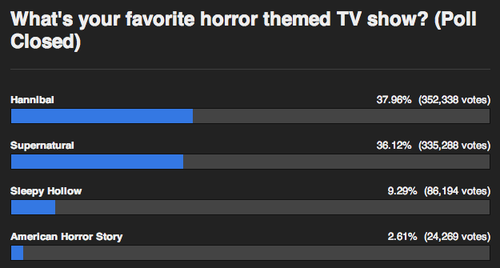 This fandom was born only last year, but boy has it grown up fast. Fannibals magically sprang into existence the minute the first episode finished airing, and instantly became possibly the MOST crazy fandom of all time. Not crazy in the a-little-too-passionate sense; crazy in the budding serial killer kind of way. Between their frankly concerning love for a psychopathic cannibal and obsession with “eating the rude”, Fannibals seem like either the type of people that marry death row inmates or the kind that would be on death row themselves. Full disclosure: I am a Fannibal.