In Defense of Fanfiction 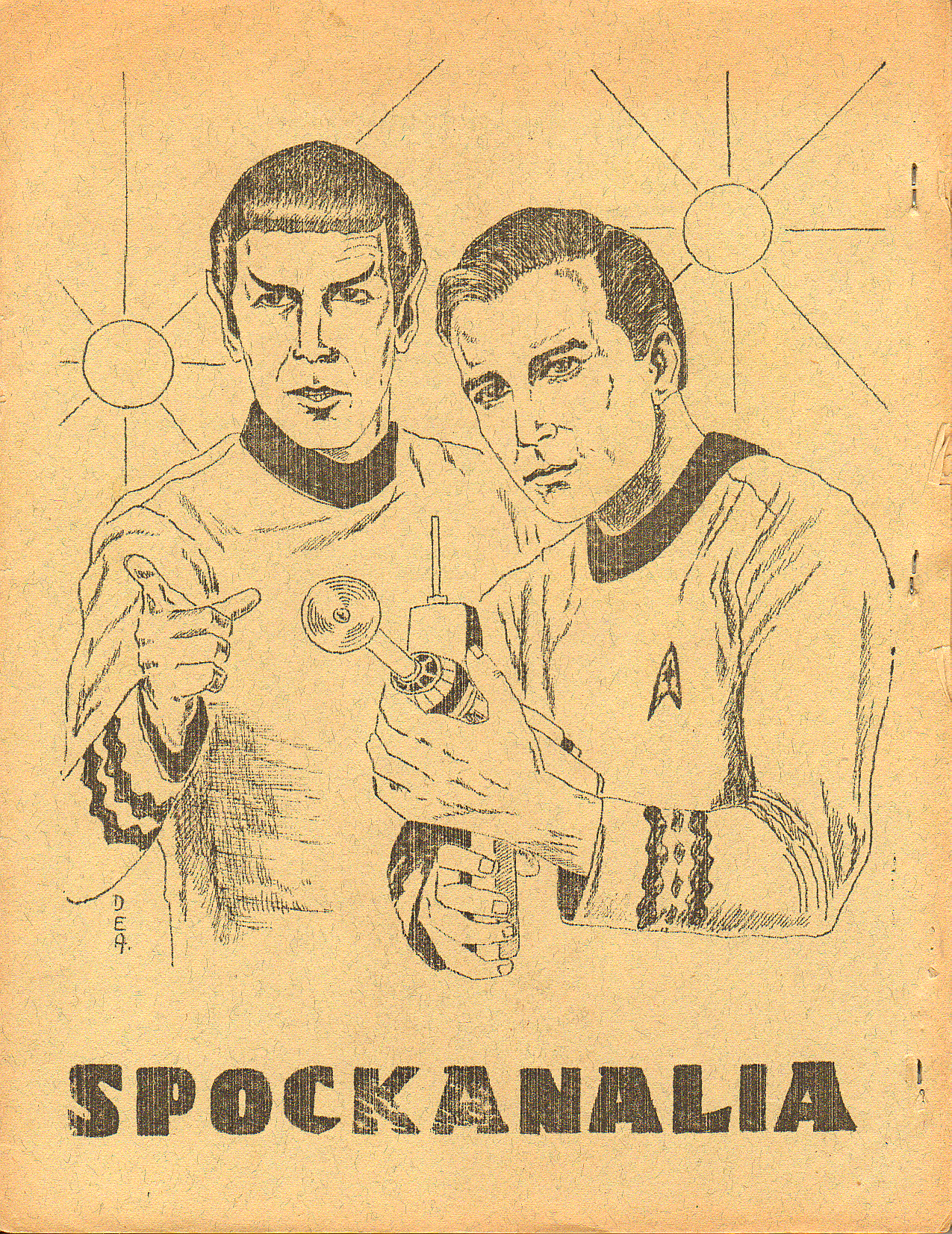 Don’t read suspicious emails, don’t try to win a free iPod from that banner ad, and beware of traumatizing fanfiction. These are the sorts of things you learn when you spend your formative years lurking in the darkest corners of the internet. I certainly did, and as such, I have watched the culture of fandoms spread to all sorts of platforms in all sorts of ways as new technology has emerged. When I was a young’un, most of the fandoms I encountered were on Quizilla, a site which was meant for quizzes but used for anything and everything else, including (you guessed it) fanfiction. Now, a simple Tumblr, Reddit, or even Twitter search for your favorite series will connect you to a community of people who share your interests. And as the communities grow in scope, fans find new ways to connect with each other and immerse themselves in their favorite books, movies, and TV shows, from live streams of new episodes to fan-run meetups in cities all around the world to Facebook-based roleplaying communities. What is it that sets fanfiction apart from these other mediums and incites skepticism and mockery? Short answer: misinformation, mostly, and despite its reputation, fanfiction is just as valid a genre as any.

Only finding duds? Blame the internet

One common complaint about fanfiction as a genre is that it tends to be poorly-written, often by young or amateur writers, and filled with spelling or grammar errors, inconsistencies, and cliches. In fact, I myself have been frustrated with the prevalence of unsatisfying writing out there. However, this speaks less about the genre and more about the internet’s role in its publication. Though fanfiction has been around for quite a while, it has come along way since its beginnings in the 1960’s, when it was largely exclusive to the science fiction fandom (specifically Star Trek) and distributed via fanzines. The internet has played a large part in this, making it much easier for writers of any caliber to distribute their work on sites like FanFiction.net, one of  most popular sites today for finding and uploading fanfiction. If anyone of any age could distribute original fiction through one particular platform, one that all readers of fiction browsed frequently, in just a few clicks, the same phenomenon would likely occur. The problem is not that fanfiction as a genre encourages or guarantees bad writing but that none of the major platforms for uploading and accessing fanfiction offer much by way of quality control. Either way, it may be frustrating, but is it really a problem that anyone of any age or skill level can share something they do as a hobby for all the world to see?

Is it even ‘real’ writing? — AUs and Mary-Sues

Seeing as fanfiction is based off of other people’s work, there is some debate as to whether it should be considered a genre of its own or just an alternative to coming up with one’s own creative ideas. One trope in fanfiction that is often mocked by people both in and outside the community is the Mary-Sue. Essentially, the Mary-Sue is the most two-dimensional character one could conceive; she lacks any real flaws and is often a way for the author to insert him/herself (the male counterpart to a Mary-Sue is a Marty-Stu) into the story. In fanfiction, this is especially frustrating to readers (and laughable to critics) due to the fact that the unremarkable Mary-Sue is often the only original element transplanted into a world of someone else’s creation. The avid readers are disappointed in the lack of unique content, and the skeptics question why a writer would butcher a perfectly good story just to make themselves fall in love with the protagonist.

However, fanfiction as a genre encompasses more than the 1,000-word tales of romance between a dull original character and Edward from Twilight. Some fanfiction authors write AU — or alternate universe — fanfiction, which may preserve the characters or some other element from the original work but place them in a different environment, like the many My Chemical Romance fanfics I read in 6th grade in which all of the band members were still in high school (speaking of Mary-Sues…). Other AU stories may preserve the setting and, instead, change another important element from the original work — for instance, a Harry Potter fanfiction where his parents hadn’t been killed. Of course, there are arguments to be made about these types of fanfiction as well. If you take a series and replace the a character here, tweak the setting there, and add in some magic or a character backstory, do you still have the same series? I once heard a saying that if you build a ship and then slowly replace all of the parts one by one until none of the original parts exist, you still technically have the same ship that you started with. I say it doesn’t matter. Sure you might just end up with is a modified version of the same ship, but if you built it with care, it will still get you where you need to go. Not every ship (er, I mean fic — what was I talking about again?) has to be the next Queen Mary 2.

And speaking of ships…

So far, I’ve covered many of the major reasons people tend to doubt the merit of fanfiction, but if you know a bit about fandom culture, you may have noticed the elephant in the room: the slash-fiction. The crackships. The disjointed crossover series riddled with mutated romantic pairings that most of us didn’t dream were possible. The kinds of fanfiction that people stumble upon on accident, thereby soiling their perception about fanfiction as a whole for a long time or possibly forever. The internet is filled with fanfic writers who want nothing more than to tack another adventure or three onto a favorite series that ended too soon (Firefly, anyone?), or to bring to life a romance between two characters whom they’ve always believed should end up together. Yet, there are others who are less interested with rearranging the pieces of the puzzle and would much prefer to blow the whole thing to smithereens and build some crazy-disturbing abstract art out of it.  These writers, whether seriously or in jest, forego the traditional character romances for, say, a taboo tale of a fling between characters of different species or an x-rated scene between childhood cartoon characters. To some, these types of stories can be engaging or even funny, especially because some aren’t really intended to be serious. To others who aren’t prepared to throw themselves head first into the dark, dusty corners of the internet, these fanfics give the impression that all fanfiction is disturbing, or that to be an avid writer or reader of fanfiction is a perverse and embarrassing thing. It is important to remember, however, that the people who stumble across these stories accidentally are almost never the intended audience. “Distburbing” fanfiction tends to receive the most attention not because it is the most prevalent but because it is the most outrageous. Imagine if someone read 50 Shades of Grey and assumed that was what all contemporary market fiction geared toward women was like. That would be quite a misjudgment.

How do I prevent people on the internet from totally skewering my fanfiction?

The truth is that besides trying to remove the stigma from fanfiction, there isn’t much anyone can do to avoid criticism. You could be the most talented writer in the world and someone thousands of miles away still might stumble across your story and read it to their friends for laughs at two in the morning, maybe out of malice, but maybe just because you wrote a really great parody fic (in which case, please let me know). The goal here is not to free writers and readers from criticism of individual stories or writers but to prevent misinformation about the genre itself. Because the more optimistic truth is that there is no real definition for what fanfiction is “supposed” to be, no standard against which all others should be judged, and no type of story or writer that poisons the genre or its reputation. Some write because they don’t want a story to end. Some write because they want to parody another writer’s work. Some write because coming up with an original story under the constraints of another person’s creation can be a great writing exercise. And some write simply because it’s their way of connecting to and interacting with the stories that have affected them the most, which is something all of us — from the TV drama marathonnners to the sci-fi nerds — can relate to.

Digimon vs. Pokemon:  A Retrospective in Monster Marketing