There are some franchises that never truly dissipate. Some grow in scope or simply maintain their status quo even as the target audience grows old enough to understand how much marketing and propaganda was squeezed into their tiny heads to sell TMNT lampshades and Power Rangers dental floss. Two such franchises have battled for almost two decades for supremacy and the victor is clear. While Digimon survives on Nicktoons Network, Pokémon thrives with its games and TV show retaining their popularity and expanding to keep old fans and new fans coming back. So why is it that Pokémon did so much better in America than Digimon did? Was Digimon just a lesser franchise, ripping off Pokémon? And what does this say about franchises as a whole?

After the release of Pokémon became a worldwide phenomenon, it was almost a foregone conclusion that companies would try to copy their success. So, when Digimon was released just a year later we assumed that was all it was. Digimon fans will always rush to its defense. Digimon the show was a marketing tool for Baindai’s Virtual Pets designed to be Tamagotchi for boys. These toys were hugely popular in Japan but in America the Tamagotchi craze had faded significantly so most only saw the show. The show, rather than a quest to find and catch monsters and compete in tournaments, was the journey of seven children with friendly partners trying to defeat an evil monster and get home. The differences are absolutely significant enough to warrant its value as an original franchise, entirely separate from Pokémon. 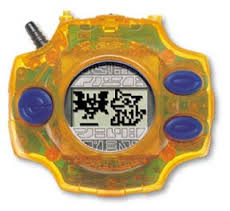 However, it’s also obvious that Bandai’s marketing choice to create monster toys for boys, as well as the name they chose, and several other shared characteristics, it’s clear that a good amount of inspiration for Digimon came from Pokémon. But Pokémon didn’t win only because it inspired the other. There were impactful distinctions that led to Pokémon’s ultimate success.

Monenclature: What’s in a Name?

The Monsters both Digital and Pocket were designed to be easily recognizable in pixilated form. Taking inspiration from animals, plants, and slimy blobs, the creatures were diverse and creative in both franchises. But while even most adults know what a Pikachu is, it’s difficult for those outside of the fandom to identify more than one or two of the Digital beasts.

The first reason for this is the names. Digimon rather than having portmanteaus or puns for their names have rough approximations of the Japanese names. For instance Agumon is named for the Japanese onomatopoeia for bite and Kabuterimon is named after a Japanese rhinoceros beetle called kabutomushi. That’s another issue: length. Pokémon names are ten characters or less but Digimon have no restrictions. It’s hard to keep track of names like HerculesKabuterimon and BlackWarGreymon. These names reveal an even greater issue.

Digimon, unlike Pokémon, are somewhat unlimited. The fact that any Digimon can be an old one with a modifier like black, metal, mega, or gran slapped on the end makes it hard to feel like you have a firm knowledge of all the Digimon. Even if you know what Kuwagamon is, you probably don’t know about MegaGranKuwagamon. With Pokémon, there’s a quest to catch them all, and learn about each one, so even though more Pokémon are added every few years, recognizing each one doesn’t feel like some daunting task.

The designs of the Digimon have also been described as overly complex. That’s because Digimon become more complex as they evolve. At the lower levels, Digimon and Pokémon are smooth and brightly colored with just a few defining features. Take Charmander and Agumon for example. But while Charizard retains the smooth texture and simple form, Metalgreymon becomes more textured, artificial, and extremely complicated. This can be considered a good thing to some, but on the whole it made Pokémon more marketable as the simple but creative designs appealed to boys and girls alike. 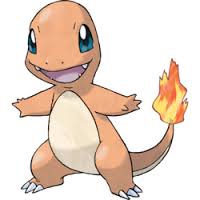 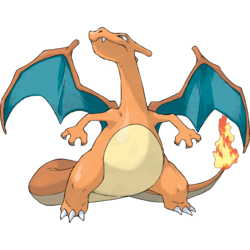 Digimon did much better with Japanese children than American ones, and even though it still wasn’t as popular as Pokémon, the intended audience is important to understanding why Digimon struggled to survive. Digimon feels much more Japanese than Pokémon.  Pokémon takes place in a fantasy world that vaguely represents the Kanto region in Japan.  Digimon takes place in Tokyo. Explicitly. Much to the chagrin of the localization team, the values and scenarios in the show are also very Japanese. Many seasons feature characters who practice martial arts, have tea ceremonies, and do all sorts of un-marketable, un-American things. This makes it sort of confusing that they tried to Americanize the names of the characters: Takeru becoming T.k. and Hikari being shortened to Kari as if that would make them more relatable. Digimon was a show that was simply not made for audiences outside Japan. 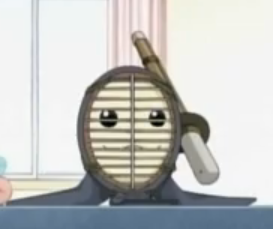 All of the previous aspects were what placed Digimon at a disadvantage from the beginning. In terms of lastability, Digimon failed because it was such a product of its time.  The goggles, ridiculous giant hair, huge machine gun wielding monsters, and especially the obsession with computers made sense at the turn of the millennium, but now feel incredibly dated. Pokémon had backwards baseball caps and fingerless gloves, but none of the characters said things like “radical, let’s go surfing.” Pokémon, especially the games, capture the childlike wonder with nature and its creator’s love of bug catching. The idea of Digital Monsters could only have been created in the late nineties when computers were fascinating and mysterious instead of commonplace.

The timelessness of Pokémon also comes from its static, self-insert protagonist. Ash and his friends are bland on purpose so they can be recognizable and relatable to any kid. Digimon characters by comparison are complex, unique, and all change over the course of their adventures. This is something we should want from our children’s media, but it does make sense that if he characters keep changing, it’s difficult to keep an audience. It’s a shame, but it’s why children prefer endless thousand episode TV shows to self-contained character dramas.

Both Digimon and Pokémon were made to sell toys, games, cards, lamps, and what have you but they deeply affected our childhoods and continue to today. Even though Digimon now only has a small passionate fan base while Pokémon continues to make millions selling the same game with different monsters, the fact that both have lasted this long signifies the strength of the core concept of kids making friends with fantasy monsters. While I still take pleasure in re-watching Digimon (especially season 3 which is up on Netflix) and can’t stand Pokémon’s total lack of plot, others will say that Digimon is too corny and they prefer Pokémon’s sincerity. The franchises we find ourselves nostalgically remembering years later have that effect because of marketing and propaganda, but they have lasting impacts us all. So let’s not compete for which one is better or worse, but just know that we only watch because the corporations and commercials hypnotized us to buy more products buy more products buy more products.