Home How To Dark Souls 2 Walkthrough: No-Man’s Wharf
How To 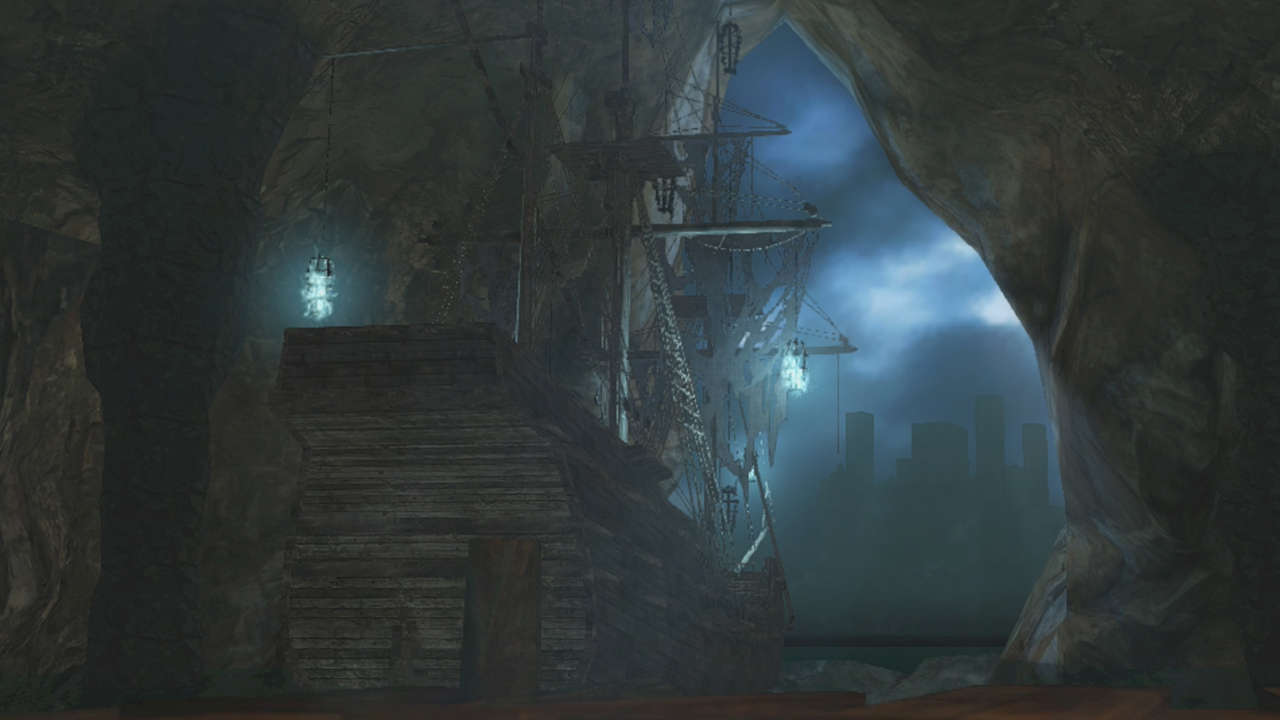 Soul of a Proud Knight x2

Ring of Life Protection x1 (nullifies death, breaks after one use)

Getting to No-Man’s Wharf

To find the entrance to this location, please refer to the Heide’s Tower of Flame section of this walkthrough. This is a location that can be skipped since it only provides an second method of reaching the Lost Bastille area. 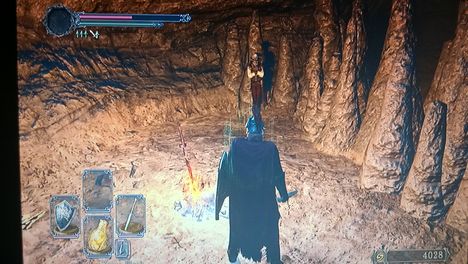 The bonfire in this location can be found in the sewer area, right after you’ve taken the elevator and stairs down into the water filled hall. Go past the stairs leading up and go to the end of the hall. You will find that the brick wall is broken. Go through and down the narrow tunnel to a cave. The bonfire is in the center of this cavern. Lucatiel of Mirrah is also hanging out here. 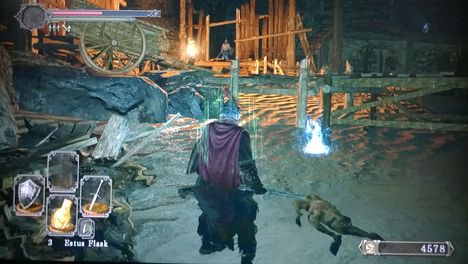 Fun Fact: Falling into the water in this area will instantly kill you!

Leave the bonfire and go through the tunnel to the waterfront area. Watch out for the archer on the dock. Continue down the steps and you’ll find a “dead” Hollow on the ground. There will also be a fork in the path.

If you go left, you’ll find a building. Enter and you’ll find two more “dead” Hollows waiting for you. Go up the stairs you’ll find there and there will be a chest containing one titanite shard. Go out onto the roof and defeat the archer. There will be a corpse that holds the soul of a proud knight.

Go back to the fork and take the right hand path, which will lead you to the docks. There are several Hollows here hiding in the houses, waiting to attack. Go down to the shore’s edge to find a corpse floating in the water, it has a large soul of a lost undead and a life gem. Go back and explore the houses to find some dark pine resin and some iron arrows. 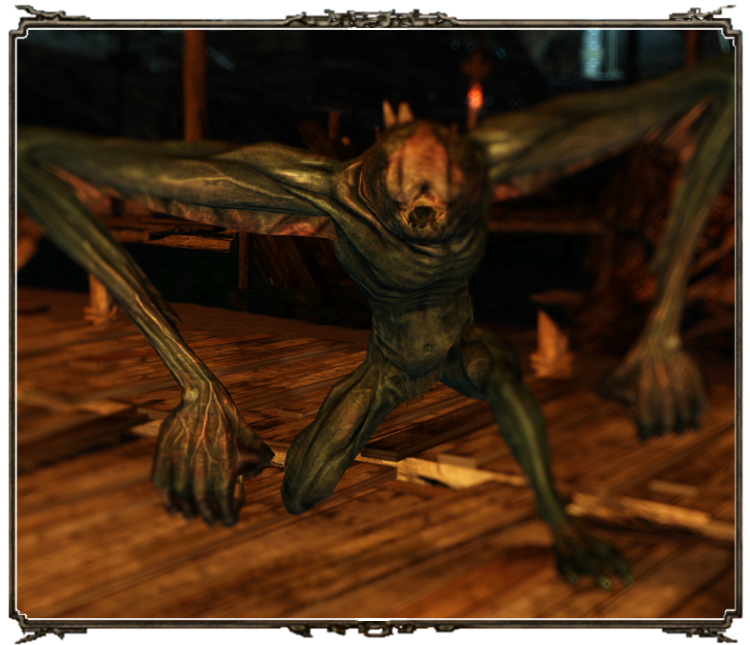 Fun Fact: If you find and activate the Pharros’ Contraption, which will raise a lantern, it will be much easier to defeat all these creatures.

Darkdwellers can be overwhelming if they attack you in numbers, luckily they fear light so having a torch handy is a good way to survive. However they won’t shy away from light forever so make sure to lure them one by one into a fight. 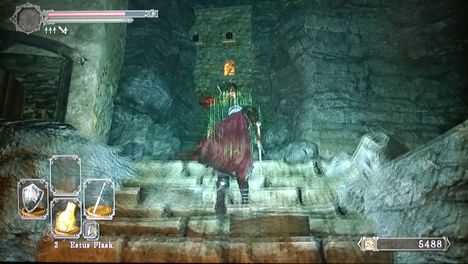 Once the house is clear, exit into the courtyard and go to the cliff. The Pharros’ Contraption is here. Activating this will light a lantern and the Darkdwellers will not leave the protection of the buildings. I highly recommend lighting the lantern. 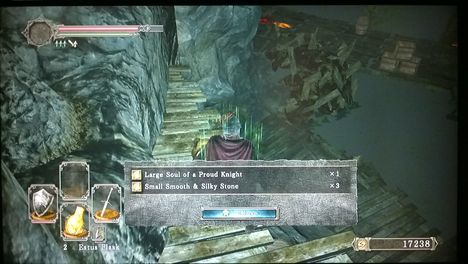 Look for the ledge by the Pharros’ Contraption. Drop down there and then lower, onto a roof. To your left will be a corpse with three small smooth and silky stones and a soul of a proud knight. Drop down to the beach. Watch out, there will be a Darkdweller in the room below. Head back to the stairs to the middle landing.  Head left and up another flight of stairs. There will be a Hollow waiting there. Destroy the shelves in the room and find a corpse with a ring of life protection. Go through the door and confront the next Hollow. Keep going to encounter another Hollow and his dog. 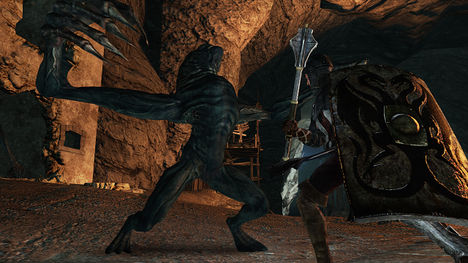 You’ll soon find another set of stairs. Go up these stairs and follow the path to the right. There will be a room with many Darkdwellers. Clear out the room (the best method is to draw them out one by one into the light) and go in and up the stairs. You’ll find Lonesome Gavlan. He will buy anything you don’t want and give you souls. You only get to visit him once here; afterwards, should you return, he will be gone. 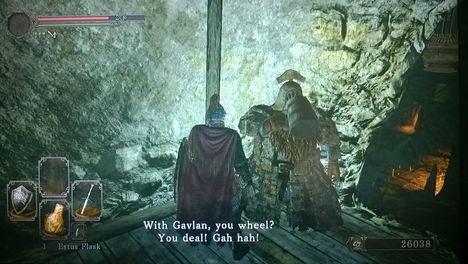 Explore the house to find two chests. One contains a greatsword and the other has two silver talismans. After clearing out the house, exit and find the corpse with emit force. Now, go to your left to the wooden platform. Go up the stairs you’ll find and through the doorway. There will be another flight of stairs to ascend. Once you reach the top platform, you’ll see a bell. Pull the lever to ring the bell. A ghost ship will pull into the harbor.

Drop down the gap by the bell. There’s a corpse with two life gems and a homeward bone. Go back to the place where you dropped onto this roof. Drop down the hole there. Turn around and go into the small room. There should be a set of stairs leading down. There’ll be two Darkdwellers there and a corpse with ten fire arrows.

Leave the room and go down the rocky decline.  You’ll be able to drop down to the yard. Go past the torch to your right and through the archway. You’ll see a door, enter the room. There is an illusionary wall here, behind which are two chests containing a large titanite shard and three firebombs. Leave the room and go up the stairs to your left.

You’ll find yourself in a hallway. Here, you can pull the chain to open up the locked gate. This will open up a shortcut to the ledge above the courtyard with the Pharros’ Contraption.

Meeting Carhillion of the Fold

Head back to the ground floor and go back to the place where you’d dropped down. Go past there to find a room on the left with two “dead” Hollows. There are lots of urns as well; DO NOT hit these as they are filled with poison. Use long range weapons to avoid being poisoned. On the left hand side of the room are two urns hiding a corpse with seven throwing knives and a flame butterfly. In the right hand corner is a chest behind more urns, which has an estus flask shard. 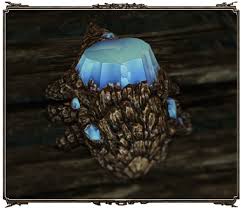 In this room is a breakable wall section to the left of the chest. Smash it down and attack the crystal lizard behind it. There is also a chest with a royal soldier’s ring here. 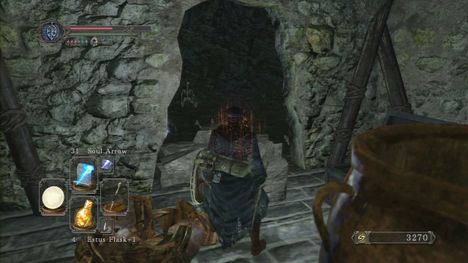 Leave the room and go to the right, down the stairs. There are more Darkdwellers down here. There is a room as well, but there is nothing inside it. Go past the room, straight down the hall, and onto the dock. On the right will be a corpse on a boat with two life gems and a human effigy. Head forward and turn right. Make sure not to fall off the dock because that means instant death. There will be two Hollows waiting up ahead.

Once you’ve beaten them, head left down another dock and up some stairs. It’s here that you will find Carhillion of the Fold. He will only sell you things if your intelligence is 8 or above.  Go through all his conversation and he will move to Majula. 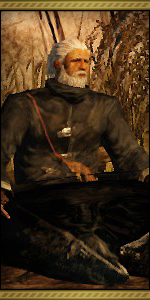 Go back down the narrow dock to the main one. Go further down towards the ghost ship that you summoned via bell earlier. Board the ship. To your left will be an archer on the raised platform. There are also two more Hollows coming at you from the other end of the ship. Finally there’s one last archer by the stern of the ship. Once the deck is clear, head down into the hold and find the mist door. You can summon Lucatiel of Mirrah, should you choose, to help with the next boss fight. 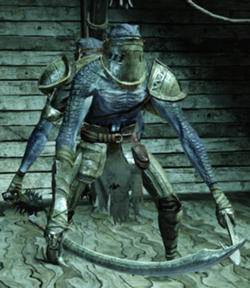 The room will start filling with water so you’ll need to dispatch this boss before it gets too tough to evade attacks. You can either use long range weapons (bow, spears) or utilize the mast in the middle to prevent him from using his jumping attacks on you.

The Flexile Sentry has two types of attacks. One is a club attack and the other, a sword attack. Both are long range but the side that uses the clubs strikes less often so it would be smart to take advantage of that side. Usually he will only strike two times unless you are too close, which will trigger a third. 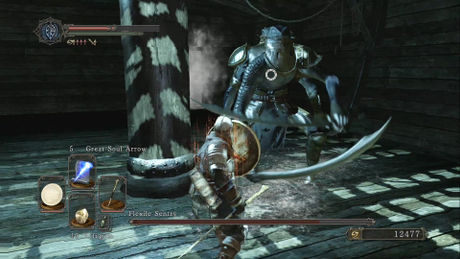 Getting to The Lost Bastille

After you defeat the boss, go to the next room and up the ladder. There will be a chest holding pyromancy flame and fireball. Activate the contraption in the room to sail the ship to the next area: the Lost Bastille.