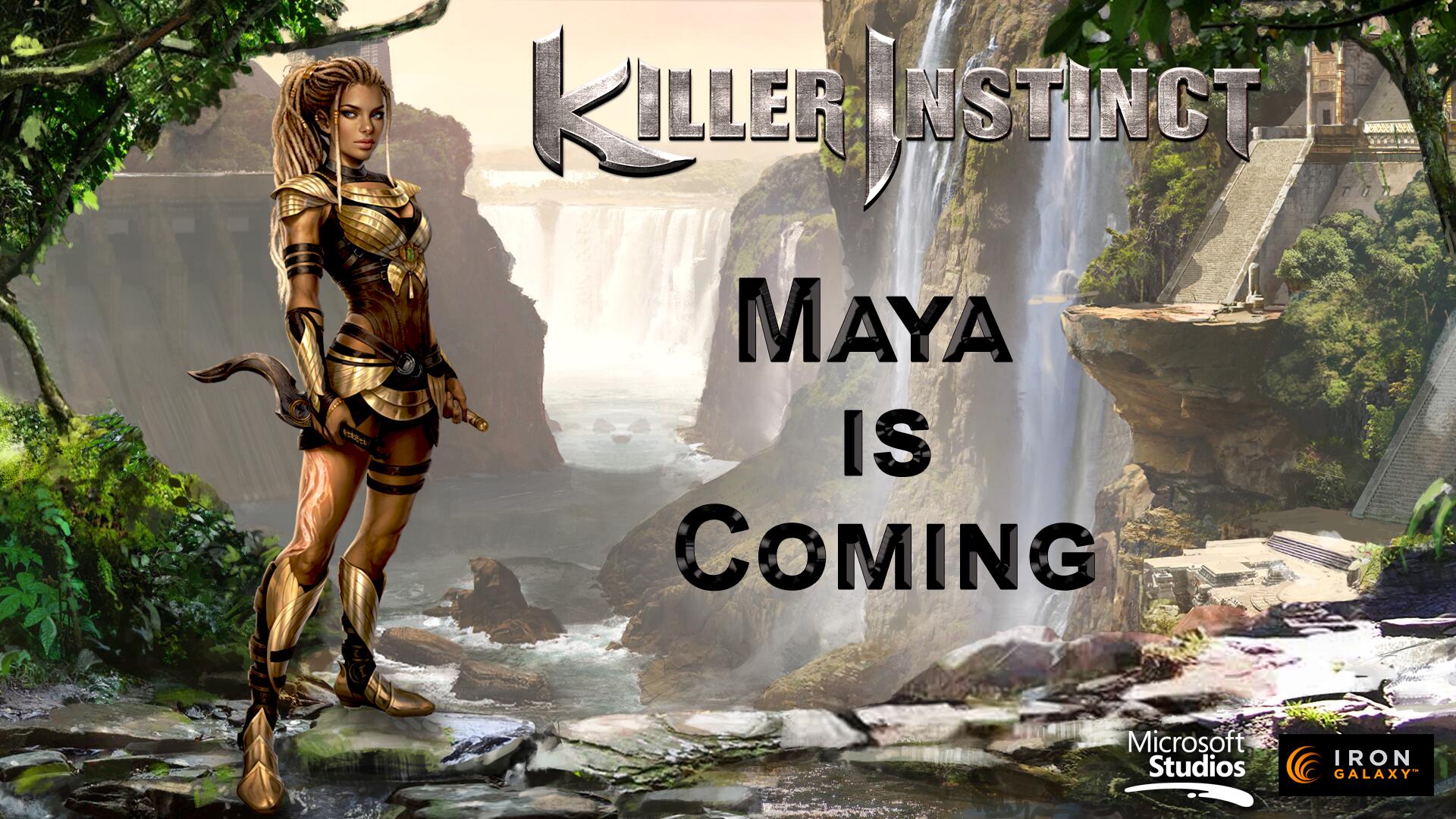 Amazonian princess Maya will be returning to Killer Instinct, Microsoft developers and Iron Galaxy announced this news during the Evolution Championship Series 2014 panel in Las Vegas.

They explained that Maya’s fighting style will be a high reward and high risk around a pair of daggers, temperance and vengeance, which she uses as projectiles.

Maya’s daggers are allowed to level up as she lands hits. Soon as the daggers reach maximum levels they become an unblocked projectile. At this point, Maya can lose one or both of her daggers if she misses her opponent; thus resetting the dagger’s level. Maya’s punches are tied differently to dagger commands, and if she loses a dagger the corresponding punch becomes the equivalent kick button in replace.

The announcement of Maya created rumors that Cinder would be the next character addition to Killer Instincts after a brief teaser shown at the end of TJ Combo’s announcement trailer.

Microsoft and Iron Galaxy also had several new changes coming in season two of Killer Instinct. There will be updates to the games jailing systems, which will improve stat tracking and a system that penalizes a disconnecting player, also air counter breakers to enhance game combo system.