DANMACHI: A Fantasy of Swords, Sorcery, and Sexy Girls 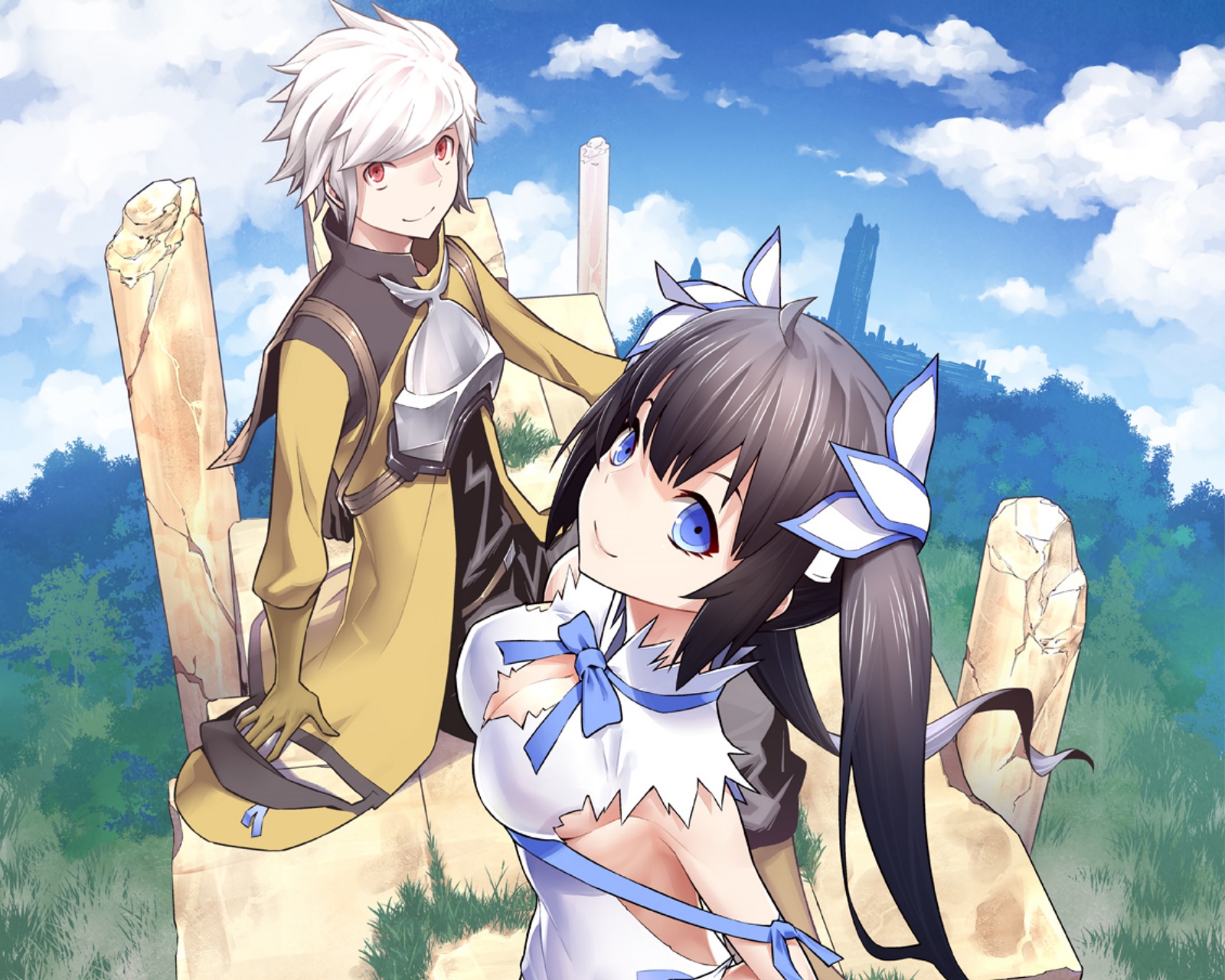 There are four things that come to mind when the fantasy genre is mentioned: monsters, swords, quests, and girls. Anime is stocked full of these things, but Is it Wrong to Try to Pick Up Girls in a Dungeon? (DanMachi for short) manages to take all these overused cliches and somehow make it fresh. By no means is it an innovative or unique show, but DanMachi has a certain charm that can’t be ignored.

DanMachi follows the story of Bell Cranel – a lone adventurer of the Goddess Hestia’s Familia. One day, he is attacked by a raging minotaur and is saved by a beautiful warrior named Aiz Wallenstein. He falls in love with her despite knowing that he will never reach her level of power. Unbeknownst to him, he holds a unique skill called Realis Phrase which heightens his power, abilities, and skills. In the meantime, Bell works hard to become a great adventurer one day and has become unknowingly popular with some of the ladies in town. 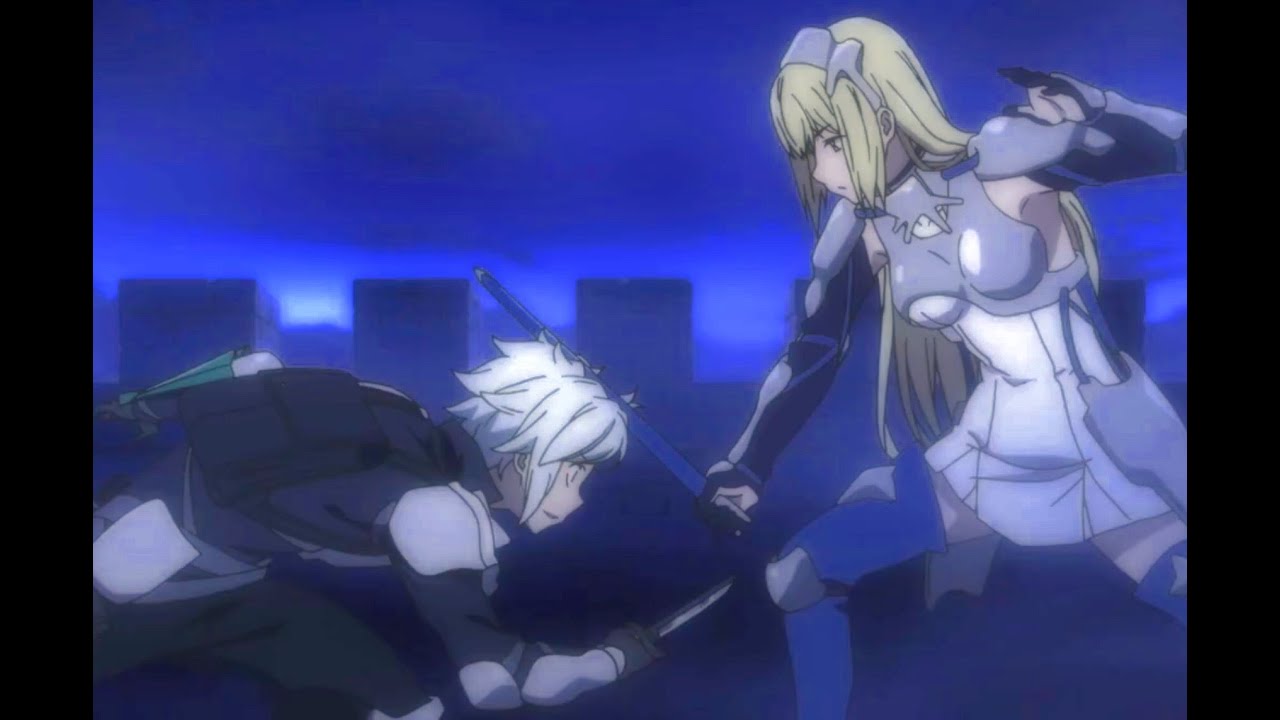 For a fantasy anime, DanMachi hits every standard mark there is. Its characters are well fleshed out and enjoyable to watch as more episodes go on. There is no overall goal or plot per se, but Bell Cranel does have an objective in mind: to become strong and have a fateful encounter with a beautiful girl. Other than that, there is no grand adventure story to this anime and it feels like a slice of life story. However, it doesn’t have to be audacious in order to interest the viewer. There are plenty of action sequences to keep us entertained and each character is willing to do something in order to affirm their values or protect something close to them.

DanMachi’s main focus centers on Bell’s various encounters and interactions with the girls of the story. While certain aspects of magical warfare and the hero’s journey are there, this anime may please harem and rom-com fans more than fantasy fans. The relationship between Bell and Hestia is well executed to let the audience know how close these two have become. Some moments, such as when Hestia gets jealous when Bell becomes close with a girl, prove to be hilarious when used at the right moment. It works because we know a lot about Hestia and Bell and genuinely care for them when we see the extent of their relationship.

This anime series is comparable to two other big name RPG setting anime: Sword Art Online (SAO) and Log Horizon. DanMachi has elements of that subtle harem setting like in SAO as well as engaging and well paced fight sequences. However, it also explores the everyday life of this fantastical world and its interesting inhabitants, sort of like what Log Horizon did.

The art and animation is simple and easy on the eyes. The music sounds like a standard fantasy RPG soundtrack, but does an effective job capturing the right atmosphere. There is nothing that really pops out, but you feel more relaxed when watching each episode. However, when a battle sequence begins, you simply can’t ignore it. There is enough eye candy, sword clashes, and magic explosions to keep you engaged and coming back for more. When Bell gets serious, monsters better beware.

As I mentioned before, DanMachi is a fantasy harem series. True to its genre, it still sometimes falls within the same cliches and overused plot lines. For example, the lonely hero saves a female, changes her life, and becomes a potential suitor to his liking, or girls getting jealous when another girl flirts with Bell. Aside from the cliches, I feel DanMachi‘s popularity only seems to hinge on Hestia and when your anime relies on only one or two characters driving the plot, it can end up pretty weak. The anime seems to focus more on the everyday romantic antics of Bell on certain episodes, but at least we get treated to some awesome battle scenes later on. 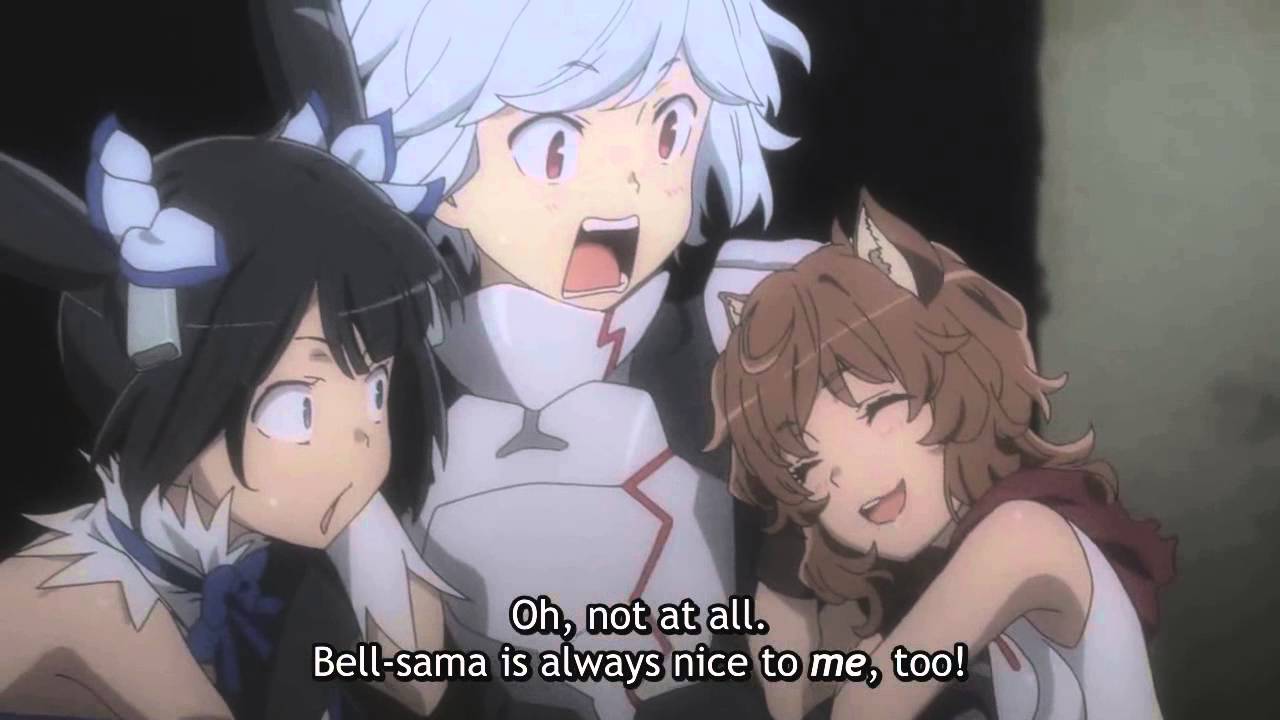 Ending on a slightly positive note, our female protagonist Hestia seems to be the character holding up the series’ success. Countless numbers of fanart, memes, and GIFS of her have popped up on the Internet and she will even have her own scale figure coming out soon. To add fuel to this fire, Hestia’s distinctive “blue string” has increased the original light novel sales and inspired many to create cosplays of her and the blue string tied around their chests.

DanMachi may not be the new anime everyone was waiting on, yet you still have to wonder why it became so popular. My guess is that it all goes back to Hestia and how certain characters can make or break your anime series. Aside from all the overused plot lines and cliches, DanMachi is just an honest tale of a guy trying to be a better adventurer and hoping to someday find love. It has its funny, dramatic, and action packed moments to keep us entertained all the way through. It’s similar to Sword Art Online but it does its best to distinguish itself from any other RPG themed anime. If you like harmless fun fantasy stories with a mix of romance and action, you should definitely give DanMachi a watch.

DanMachi is licensed by Sentai Filmworks and is currently streaming on Crunchyroll.

June Movie Preview: The Park is Open and so Are Cinemas

5 Videogames That Every Gamer Should Try