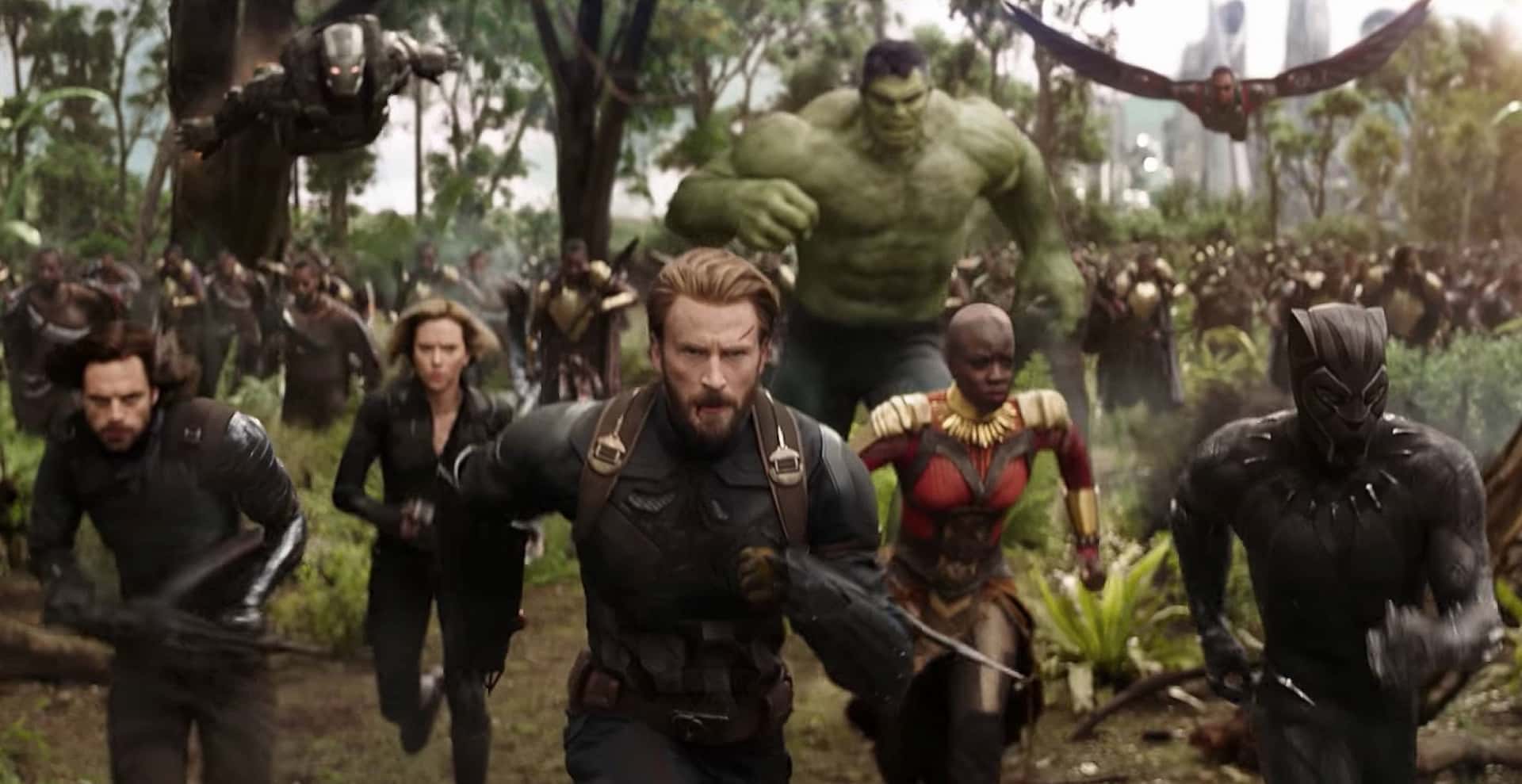 Prepare for War! The countdown to Avengers: Infinity War has begun and the world anxiously awaits Thanos’s invasion and the massive collection of superheroes gathering to meet him head-on. Let’s take a look at some of the reasons for all the excitement.

Most of us likely have May 4th marked on the calendar as we tick off the days to Avengers: Infinity War. Thanos’s attack may still be a little over 1,600 hours away, but if you’re like me and rewatching the past 10 years of the Marvel movies that have led up to this (18 of them not counting the Fantastic Flops), then you’re probably well aware of how epic this movie is destined to be.

Everyone, and I mean everyone, is going to show up for this War. Directors Joe and Anthony Russo had a reported budget of a billion dollars for this one and with their proven track record on the last two Captain America movies, that budget isn’t unbelievable at all. Especially when you look at what is likely the largest ensemble cast ever *ahem* assembled.

It’s almost easier to say who isn’t going to have a part in this epic battle. It’s even rumored that Valkyrie (Thor: Ragnarok’s Tessa Thompson) will join and we’ll see the return of Nick Fury’s favorite S.H.I.E.L.D. officer Maria Hill (played by Cobie Smulders). Of course The Avengers, Spider-Man, Black Panther and some of his toughest warriors, Guardians of the Galaxy, Ant-Man, Doctor Strange, The Collector, and Loki are all pitted against Josh Brolin’s Thanos, but there are rumors not all of our heroes will survive.

Could the Russo Brothers Actually Kill Off a Main Avenger?

We’re sure to see some civilians get toasted, likely quite a few in order to pull all of our superheroes together, but what about our main characters? It’s a safe bet they aren’t going to toss Tom Holland’s Peter Parker or Chadwick Boseman’s Black Panther aside just yet. BP is just too huge and Spider-Man is just too darn likable and Winter Soldier’s Sebastian Stan has at least one more turn as Bucky Barnes listed on his official Bio.

Loki and Hulk have proven impossible to kill, or stay killed anyway, but neither of them are currently listed for additional Marvel movies, not even next year’s followup to Infinity War that lists Iron Man, Cap, and Thor returning. Does this mean anything? It’s way too unpredictable to predict at this point as it’s early enough that the Russos may simply be keeping things tightly under wraps and we might just see a supporting hero or three sacrifice themselves for the team. Or maybe Loki will fully redeem all his past misdeeds and do something majorly heroic before dying again.

Whatever happens, the War is certain to astound. On a panel at Ace Comic Con in mid-January, the Falcon, Anthony Mackie, described filming the battle scene shown in the trailer as “its like 40 superheroes.” I have no idea if he actually counted the actors and I’m not one to freeze-frame the trailer to try to get a tally, but according to Marvel Studios “there are around 64 main characters in the film.” It really doesn’t matter if it’s 40 or 64, because as I said earlier, this is probably the largest gathering of top-billed actors and actresses we’ve ever seen. Take my money now Marvel, I’ll be there opening day.

Great article. I can’t wait to see all these characters all in one place. Should be a good time. I don’t know who will die off, but it’s not like they stay dead anyway. Lol

Awesome article and a great read! Can’t wait to see you’re next article!!!