Home Entertainment Conclusions: ‘Knife+Heart’ Is the Frenchiest French Fest That Ever Frenched
Entertainment 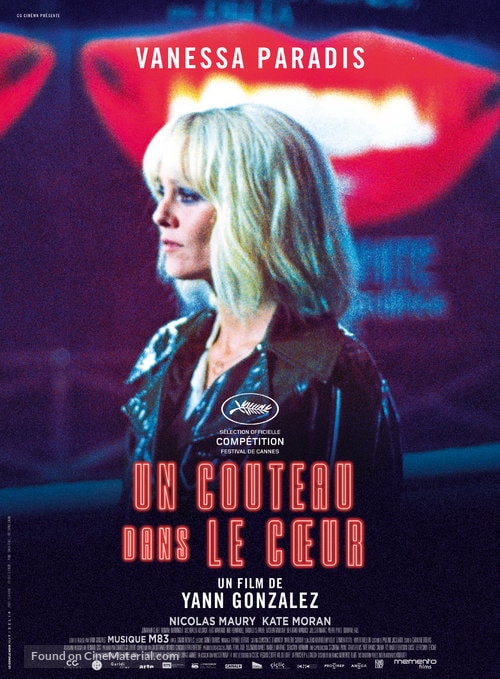 And I was right. But also wrong. Nothing ever truly goes without saying, so loudly, emphatically and with all the gusto I can summon on a Thursday afternoon, allow me to shout “spoilers” to the ether, as one must, if they intend to discuss with any credibility, the finer points of a film, and more precisely, how damn right she was or was not in her predictions, based solely on a trailer.

Knife+Heart is available for streaming on Shudder and was released in 2019, so it is entirely within the realm of reasonable possibility to want to see it, to not have seen it, and then to rectify it. I will speak in as vague of generalities as I can manage, but I am going to give some shit away. It can’t be avoided. So spoilers. There. We are of one mind and agreed.

I am not sure, in the history of films, I have ever seen anything more distinctly French. I know that seems like a vague descriptor, but wow. This movie should be wearing a beret and nibbling baguette. It should be judging every fashion decision I’ve ever made harshly and smoking a hand-rolled cigarette. There is a certain sense of nihilism and undoubtedly a comfort with eroticism that is just so distinctly French, in an indefinable way – if what I’ve just said makes sense to you, than you absolutely understand why no number of words I expel on it would clarify, and if it doesn’t, well, then we’re fucked. Just like the French would want it. And with that seamless segue, Knife+Heart: not for the prudish.

So that’s where I’m right: the general plot and the line between fantasy and reality being fluid. Where I was one hundred percent wrong was in the whole “SHE DEFINITELY DID IT” of it all. Listen friends, I’ve learned some things about throwing around the word “definitely” all willy-nilly, and maybe laying off the caps lock a little. Because she didn’t do it. She certainly could have; Ann is creepy and inappropriate throughout. She stalks her ex girlfriend, Lois, who has told her in no uncertain terms that their relationship is over and that she wants Ann to leave her be. And it seems like for good reasons! Ann is an alcoholic, emotionally manipulative, and when it comes down to it, absolutely comfortable exploiting the vicious murders happening to men she knows and works with. That’s pretty cold blooded.

My own predictions and pre-conceived notions aside, the movie is a complicated sell. Jesus Christ, it’s beautifully shot; all neon colors and dim lighting. It wears it’s love of giallo on its sleeve, and I would be genuinely shocked to find out that the director was not a downright Brian DePalma fetishist. I like giallo, I like DePalma, and you know, when it comes down to it, I’m pretty ok with homage. There’s a lot to like here! I have no problem with the sexually explicit content. I am 33 years old. I have seen the internet. That said, my dear, innocent cinnamon roll of a brother absolutely could not handle it, and I am not here to pass judgment on anyone’s threshold for smuttiness. You do you. What I do have a problem with is a certain component of sexual violence. I can’t entirely explain my aversion to it; I am a horror fan, I watch and relish in a perverse way, people being killed in gnarly ways. I like to be scared. But sexual violence removes me from any sense of safe fear.

Maybe it’s too omnipresent for most women and many men. I’m not sure. Either way, it left a sour taste in my mouth. Beyond that, for me, the movie landed on the right side of pretentious-to whit, undeniable, but not unbearable. The sort of bitter shame of it – without revealing the ending – is that the action is spurred by a rather tragic and beautiful love story, one that certainly feels truer and more beautiful than Ann’s single minded obsession with Lois. Unfortunately, that love story gets short shrift, and is only revealed at the end, via voice-over. And I’m ok with the voice over! It gives it a sort of dreamy, fairy tale quality. But the story should have been better seeded throughout. But I have a genuine respect for the direct and casual treatment of LGBTQ characters; there is no grand statement, just characters who happen to be primarily gay.

Join me on Tuesday as I watch the trailer for Castle Freak. Selected from the sea of movies I’ve never heard of because it has a genuinely stupid name!