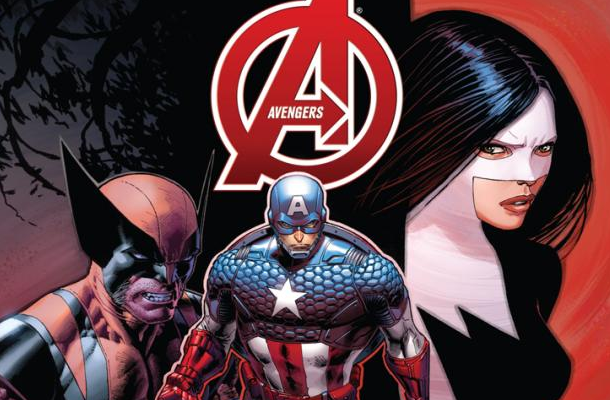 There’s plenty of mysteries to solve in the most recent instalment of the new Avengers storyline. But are there any answers to Marvel fans’ questions in the latest issue, and is this comic book worth your precious time and money? We have all the details here with Geek Insider’s review of Avengers #10.

Avengers #10 is part of a new “Marvel NOW!” Avengers series that started in 2012 after the events of the “Avengers vs. X-Men” storyline. The Marvel Universe has been permanently changed following the Pheonix Force’s generation of millions of new mutants across planet Earth. This has seen new teams such as the Uncanny Avengers form, as well a change in the lineup of the Avengers we all know and love.

Further information on the events leading up to “Marvel NOW!” can be found in Geek Insider comic book article “On the Uncanny Avengers ‘M’ Word Debate”. 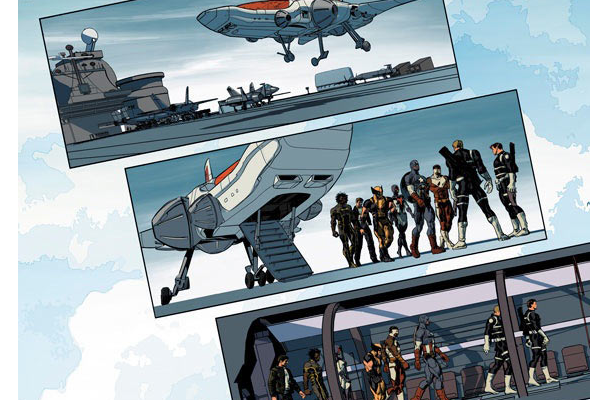 During a reconnaissance mission to Mars, the Avengers run into Ex Nihilo, an alien creature who has completely terraformed Mars and attacked the Earth with “origin bombs”, infecting and transforming millions of humans into hideous creatures. It is revealed that Ex Nihilo, his sister Abyss and his master Aleph are attempting to create perfect worlds on both Earth and Mars, but must eradicate all life on Earth in order to turn the entire planet into one, gargantuan, living organism.

Aleph is destroyed by Avengers member Captain Universe and Ex Nihilo and Abyss, who believe Captain Universe to be their god, cease their attack on Earth. However, the damage to Earth has already been done, which leads us to the events of Avengers #10.

The issue opens with a one page introduction in which S.H.I.E.L.D. agent Maria Hill extracts data from dead Canadian agent Robert Michaud in the hope that his recordings will reveal the cause of his death. We’re then taken eight hours into the past where S.H.I.E.L.D. and their Canadian counterparts Department H are holding a meeting with the Avengers.

A living Robert Michaud has requested help from the Avengers to rescue a team of super-hero Department H agents who had ventured into the Canadian city of Regina after it had been hit by one of Ex Nihilo’s origin bombs. We’re then taken even further into the past, one month to be exact, where we’re shown the mission logs of the Department H team, named Omega Flight, who were attacked by an unknown plant-like entity before disappearing completely. 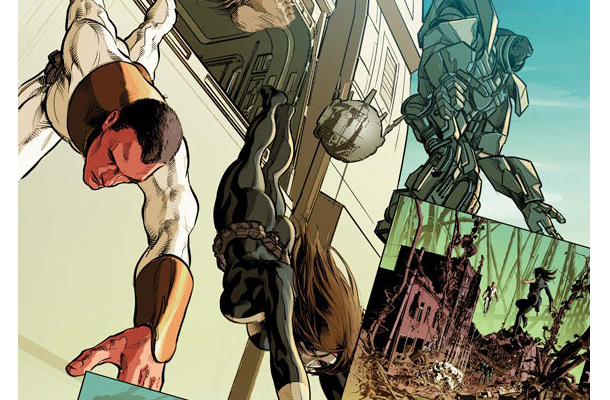 The Avengers are joined by Michaud as they descend into the remains of Regina, only to find a city completely over run with towering forests. But the peculiar wildlife that now resides within Regina is nothing compared to what has become of Omega Flight member Validator.

A Small Part in a Bigger Picture

It’s made very clear in Avengers #10 that writer Jonathan Hickman is building up to some sort of monumental, world changing event. But while the plot of this issue is certainly intriguing, too much time is spent on pure speculation which creates more questions than answers.

The nature of Michaud’s death, his relationship to the newly transformed Validator and the abstract, time travelling ordeal the Avengers are subjected to are simply mysterious plot points that will only make sense in future issues. Unfortunately, there’s not enough substance in Avengers #10 to make it an advisable read to anyone new to the series that isn’t in it for the long run. 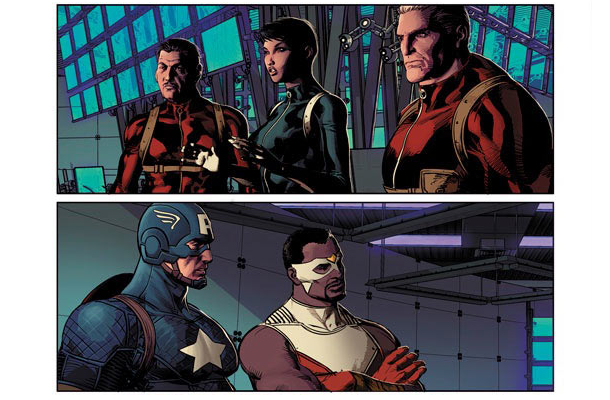 Despite the slightly bland cover art by Dustin Weaver and Justin Ponsor, the rest of the book has been expertly handled by artist Mike Deodato. His bold use of hatching and shadows on each character gives the entire comic book an air of undefinable concern and anxiety. The dense overgrown forests of Regina are equally unsettling, but at the same time wondrous and finely detailed, with excellent colouring by Frank Martin. It’s only a shame that there wasn’t an action scene on which these men could apply their talents to.

Avengers #10 Raises Many Questions, But No Answers

Avengers #10 is a small piece of the bigger picture that is sure to astonish when the time comes. But the time isn’t now, and even though this issue is filled with mysterious hints at things to come, it’s too light on actual drama and conclusions to be enjoyed as a stand alone book. As stated earlier, Avengers #10 is really for those who are willing to sit out the entirety of Jonathan Hickman’s epic tale.

Have you picked up Avengers #10 yet? Did you enjoy it? Have you checked out our review of Wolverine MAX #6? Be sure to let us know what you think by leaving a comment below!

Game of Thrones S3 E4 Recap: Dany and Her Dragons

Top 5 Geeky Novels You Should Read