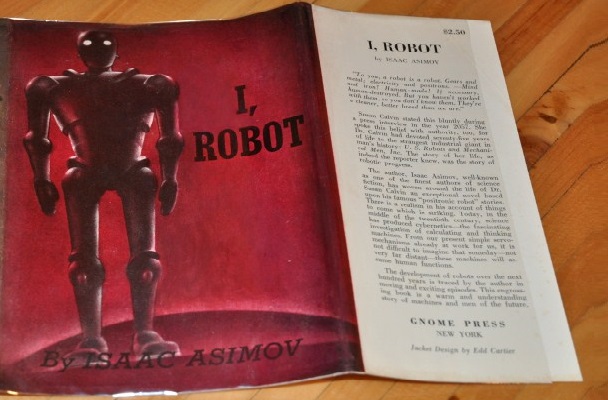 There have been many occasions when I’ve felt like disowning my friends when I realize they haven’t seen The Dark Knight trilogy. Some movies just have to be seen. For many other geeks, some novels just have to be read. How have you felt when your buddy told you he or she didn’t know what 1984 was? How would you react if your friends told you they didn’t read Neuromancer?

Here’s a list of the best geeky novels you absolutely should read, and make sure your friends do too. 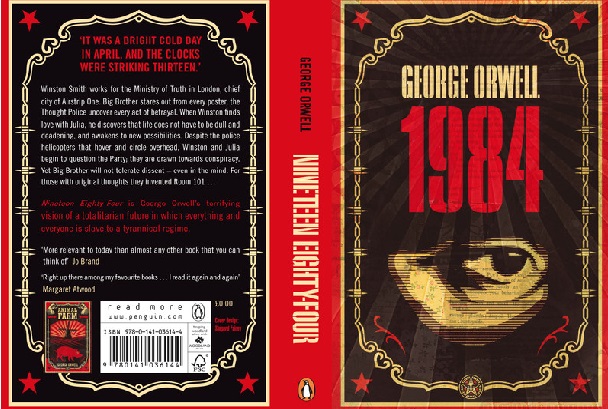 Published in 1949 but set in 1984, in the dystopian province of Airstrip One, this classic involves the concept of a totalitarian regime which controls and influences almost everything – media, public mindset, people, it even rewrites history. The story revolves around a society without privacy and freedom.

1984 has had an extremely wide cultural impact on our world – the hit reality television series Big Brother, is named after the leader of the “Party” that rules the nation in the novel, and revolves around the same plot of people being watched by a higher power.

A collection of 9 short stories, Isaac Asimov coined the word ‘robotics‘ in this novel, and therein lies the book’s greatest influence. But then, it also introduced the famous 3 Laws of Robotics. The stories are narrated by Dr. Susan Calvin, a ‘robopyschologist’ who, as the term suggests, works on the psyche of these robots. The stories basically center around deep themes relating to human-robot interaction, robotic emotions, and the like. There was the Will Smith movie by the same name too, but it was based on an original plot and only incorporated the Three Laws.

I, Robot’s Three Laws revolutionized the science fiction genre and made robots far more interesting than they ever had been before. –  The Saturday Evening Post, 2004.

#3 – The Hitchhiker’s Guide to the Galaxy – Douglas Adams: 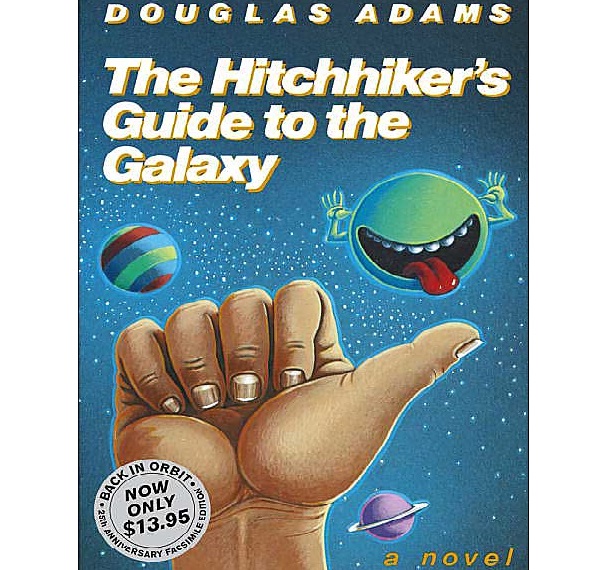 Probably the most well-known book in this list, it was initially part of a radio broadcast on BBC in 1978. It was later adapted as a novel from four radio episodes. The book follows the comic adventures of Ford Prefect and explains that our Planet Earth is actually a computer built to compute the Ultimate Question of Life, The Universe, and Everything. 10 million years into the computation, it is demolished by an alien race called Vogons wishing to build an intergalactic expressway.

It was made into a movie in 2005. A re-release of the book in the same year went on to sell 14 million copies.

Written way back in 1895, The Time Machine was the first novel focusing on time travel. The term “time machine” was first coined by HG Wells in this book itself. The narrations involves an English scientist who is never named throughout the story. This time traveller uses his machine to travel to 802,701 A.D to find Earth in an unrecognizable state, inhabited by child-like humanoids. After his adventures in that particular time period, he travels a further 30 million years into the future.

The Time Machine was adapted into numerous radio shows and movies, and 3 movies, along with multiple unofficial sequels. 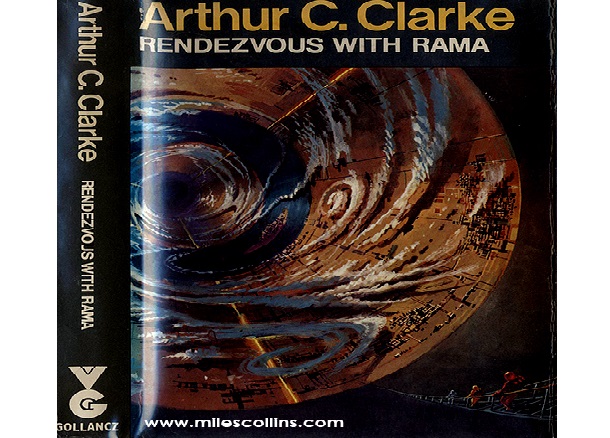 Forget 2001: A Space Odyssey, Rendezvous with Rama has to be Arthur C. Clarke’s finest work. The novel won the Hugo, Nebula and Jupiter awards, among many others upon its release, and is widely considered a classic. The plot revolves around the discovery of a 30 mile cylindrical spaceship, named Rama, hurtling through our solar system. The discovery is made by an organization called Project Spaceguard which catalogues all asteroids and other heavenly objects in order to prevent disastrous impacts on Earth. The rest of this immensely enjoyable and detailed story deals with the interception of Rama by humans who explore its interior during its journey through the system.

The novel has had an enormous amount of influence on our world. A real Project Spaceguard was sanctioned by the US Government in 1992 for the same purpose as in the novel. Rendezvous with Rama is also being made into a movie – Morgan Freeman is deeply interested in a 3D cinematic adaption of the novel, but has been looking for the right script for a long time now. There have been 3 sequels to the book as well.