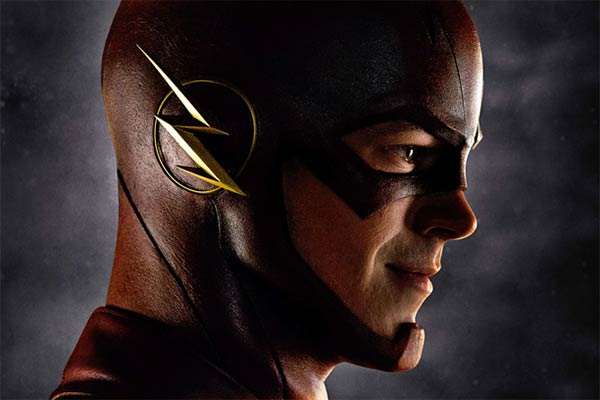 There are a lot of superhero movies out there. If the over-the-top Guardians of the Galaxy trailer tells us anything, it’s that this trend is just getting started as more obscure properties are about to rub elbows with Captain America and the other big names. But with production schedules and well planned out marketing campaigns, sometimes the wait between titles is just too long. Enter superhero television. We had 10 seasons to see our pal Clark Kent grow up in “Smallville.” But if you ask me, that wasn’t enough. Now we’re well into our first season of the resurrected Agent Coulson’s adventures in “Agents of SHIELD.” The CW also has “Arrow” about DC’s favorite archer, Green Arrow.  But you knew all this. What you may not know yet is that your comic book related TV series total is going to increase very soon. And no, I’m not talking about “Marvel Superhero Squad.” But that show is funny. In this two part preview we’ll explore these upcoming shows and see what we have to look forward to. First we look at the DC Comics properties.

I bet you’re a fan of Batman, aren’t you? Me too! FOX is looking to capitalize on the popularity of the character in a new series that won’t actually feature Bruce Wayne as the main focus. An origin story, “Gotham” will follow not-yet-Commissioner Jim Gordon as a rookie detective in Gotham City. This, like “Agents of SHIELD,” is expected to be a police procedural featuring characters originally seen in the Batman comics.

But unlike “Agents,” “Gotham” has already cast a number of actors to play well known characters. “SHIELD” seriously lacks in that department besides one scene cameos from Nick Fury, Agent Hill and an upcoming appearance by Lady Sif from Thor. “Gotham” has already cast Alfred, Oswald Cobblepot (The Penguin), Selina Kyle (Catowman) and recently a young Bruce Wayne. Gordon will be played by “The OC” and “Southland” alum, Ben McKenzie. Hence, the heading above with “the OC” switched out for “Gotham City.” McKenzie will be known to Batman fans as the voice of the Caped Crusader in the animated movie Batman: Year One from 2011.

Not insignificantly, the show has bypassed the pilot process, where one episode is filmed and then the network makes a decision. Instead “Gotham” has already been ordered to series by FOX. So we will see it. This seems like a no brainer, but look at NBC’s “Wonder Woman” starring Adrianne Palicki. Well actually we can’t look at it, because the show was dropped after the pilot didn’t impress the network. So this commitment from FOX to see Detective Gordon and little boy Bruce Wayne come to the small screen means a lot. It’s still too early to know what the show will look like, but it is expected to start filming this month. Bruno Heller, creator of “The Mentalist” and “Rome” will act as executive producer. So if we follow his résumé the show may be a crime dramedy filled with witty banter or a bloody epic. I guess we’ll have to wait until this fall.

Over at The CW, they’re looking to continue filling their stable with DC character dramas. “Arrow” filled the void soon after “Smallville” ended and this fall “The Flash” will be joining the ranks. Unlike “Gotham,” we actually know a bit about the dynamic of this one. The show will act as a direct spinoff of “Arrow.” In a December episode of the show Barry Allen (The Flash) was introduced as a CSI helping with a case. Grant Gustin plays the character in an awkward and witty fashion, but we’ll have to wait and see how he does as the lead for a show that has considerable hype around it. Conveniently Allen’s profession easily sets up the show as another police procedural.

Up until this point most of the comic book shows presented were with little risk of interfering with the more profitable properties that turn up, or could turn up, in feature films. “Smallville” was (in theory) a prequel for any Superman movies and “Agents of SHIELD” operates in the shadows of the big Marvel movies. But the Flash is a serious player in the DC Universe and is likely to be in the movies at some point. It would seem that that point is in 2016. So are we to assume that the DC television universe is separate from the film universe? I guess so.

A pilot for “The Flash” (TV series) has been ordered by The CW, so it’s still attempting to impress the folks with the checkbooks. The plan is for Barry Allen to show up a number of times in upcoming “Arrow” episodes to build interest in the character before he goes solo this fall.

So those are two new shows featuring DC Comics characters currently in development. Since we haven’t had many, it’s a big deal. Which are you most looking forward to? Be sure to read part two of our comic book television preview about the upcoming Marvel collaboration with Netflix.