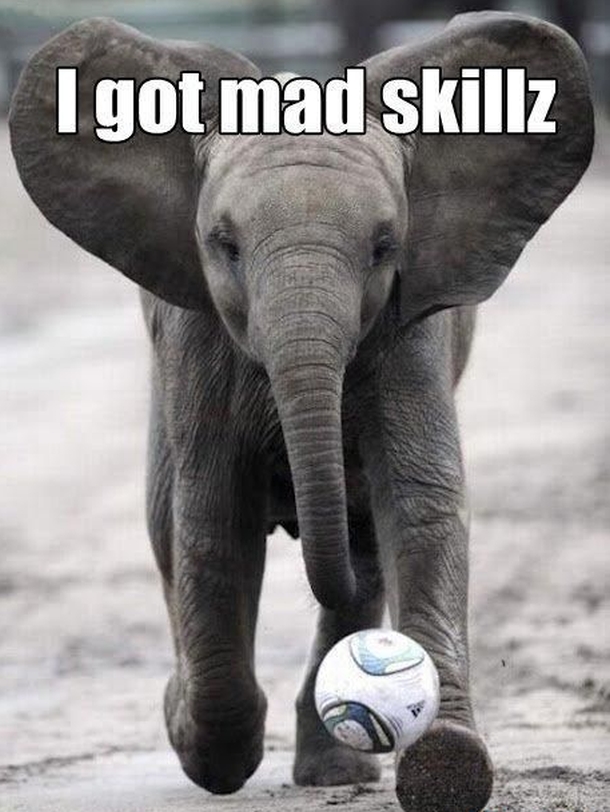 Forget your Youtubes of dogs and cats that sometimes sound like they’re people, elephants can talk and sometimes, they’re talking about us! And not necessarily in the good way.

Elephants Have A Word For Humans

When people think of the way that animals communicate, we usually boil it down to body language and a few growls of varying pitch. But we’ve probably always suspected it’s a lot more complicated than that, which would explain all those books, cartoons and movies we keep making about animals with excellent vocabularies.

And guess what? Our suspicions have been confirmed because elephants can speak!

Oxford University, Save the Elephants and Disney’s Animal Kingdom have been listening to audio from African elephants and think that maybe, elephants have different ‘words’ for different threats.

The words aren’t really words at all, at least not in the way we would recognise a word. It’s more a rumbling sound that elephants can make, however, it’s the way they change that sound to call out to the herd about different threats that’s the interesting part-

According to Dr Lucy King, of Save The Elephants and Oxford University-

“Elephants appear to be able to manipulate their vocal tract (mouth, tongue, trunk and so on) to shape the sounds of their rumbles to make different alarm calls,”

So how do the scientists know that the elephants are talking about us?

This isn’t the first time that these scientists have done this sort of study. It wasn’t a random event, where they listened to some elephants making elephant-noises and said “You know, I think they’re talking about us!”

All the way back in 2010, scientists from these same groups were studying how elephants reacted to bees and the sounds of bees. Bees can be a threat to an elephant herd especially since their stings can kill younger elephants, who don’t yet have the same tough hides as older elephants.

The scientists played the sound of ‘bees’ and observed the elephants not only running and shaking their heads at the threat, but making a strange rumbling noise. After a few variations on the theme, they found that elephants do have what would be the equivalent of a ‘word’ for bee. Then, they set to work to find out whether elephants have other alarm ‘words’ for different threats.

It shouldn’t be all that surprising that one of the threats is humans and they’ve got a specific word for us.

When the scientists played sounds that the elephants would associate with humans, the elephants made different noises. The difference in the noises is impossible for most humans to be able to pick up on, as it registers on a low frequency. But, there were actual differences between say the threat call for “bees” and the call for “humans”.

The scientists concede it could just all be part of an emotional reponse….

‘On the other hand, we think it is also possible that the rumble alarms are akin to words in human language, and that elephants voluntarily and purposefully make those alarm calls to warn others about specific threats. Our research results here show that African elephant alarm calls can differentiate between two types of threat and reflect the level of urgency of that threat.’

Not only because it points to the intelligence of elephants and that we might be getting more intelligent if it turns out we can actually find out what they’re saying. But because it means that if we can open the communication lines with elephants, we can finally ask them what’s so terrifying about mice.