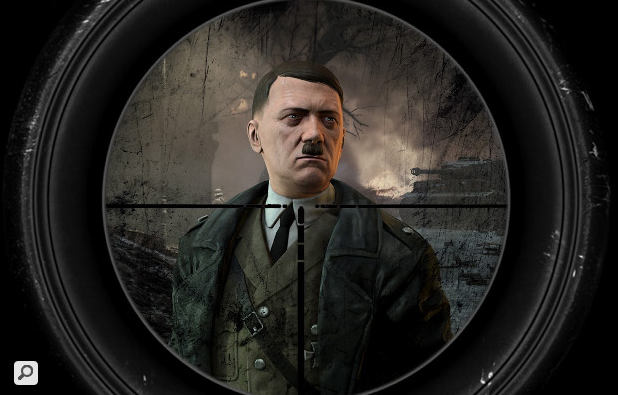 Run; don’t walk! 505 Games and Rebellion announced that if you pre order Sniper Elite 3 you receive a bonus mission to assassinate Hitler…AGAIN!

It’s like history is repeating itself! Just like two years ago, once you pre order the game, you get access to the mission titled “Hunt the Grey Wolf.” (Yes, Grey Wolf = Hitler). 505 Games explained:

“Hitler, Allied code name “Grey Wolf”, and his double have embarked upon a clandestine trip to the Libyan port town of Tobruk in 1942. In order to prepare for this mission, and that crucial final shot, you must infiltrate the ancient streets and crumbling rooftops of the German-held town using stealth and distraction. Featuring an expansive open environment, and randomized target identities, journals and locations, no two playthroughs will be the same. The question is – can you tell fact from fiction, the real target from the double?”

So if you enjoy taking out world enemies, you’ll like this.

Not only is there a pre order bonus, but you can also order the collector’s edition for the Xbox One and PS4, “which features a limited edition ammo tin box, dossier, three exclusive ammo and weapon DLC packs, collectable cards, sniper shooting range target, dog tag, and a bullet-shaped torch pen.”